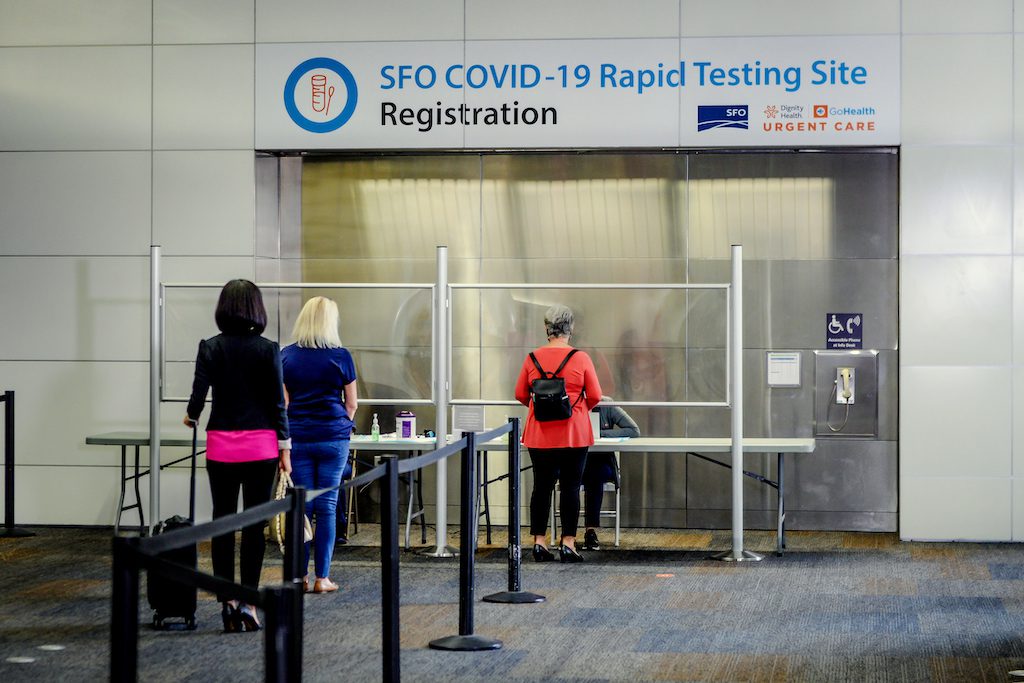 The eagerly awaited recovery in air travel that airlines have talked up may arrive late to the gate if the U.S. mandates negative Covid-19 tests for all domestic air travelers. The potential move could set back recovery efforts underway in the beleaguered industry.

U.S airlines were just beginning to sound optimistic about the year ahead, talking about a tipping point in the travel recovery when Americans feel comfortable to fly en masse again.

Those prognoses may have come a little too soon. On Tuesday, officials at the Centers for Disease Control and Prevention (CDC) said the agency was “actively looking” at the possibility of mandatory Covid-19 tests for U.S. domestic air travel.

“There’s been a dramatic evolution and increase in both testing platforms and testing capacity,” Dr. Marty Cetron, director for the Division of Global Migration and Quarantine at CDC, told reporters according to Reuters. “I think this is a really important part of our toolkit to combat this pandemic.”

The potential testing requirements come as the U.S. passed 425,000 Covid-related deaths on Tuesday, according to data from Johns Hopkins University’s coronavirus tracking project. The country has confirmed more than 25.4 million cases of the virus since the pandemic began.

While a testing requirement would not curtail domestic air travel, it has the potential to severely limit it. One senior executive at a major U.S. airline not authorized to speak publicly described such a move to Skift as possibly “crushing” for the industry.

Alaska and Hawaii mandate proof of a negative Covid-19 test for arriving flyers. In Hawaii, the program is widely credited for allowing the state to reopen its tourism economy while at the same time keeping Covid-19 infections low. Airlines have been able to restart flights but not without challenges.

Ingram credited Hawaii’s testing program for enabling the airline to restart flights and begin recovering from the crisis. He added that it took “several months” to build up a network of testing providers and options to offer travelers before flights to the islands.

Expanding Hawaii’s testing requirements nationally would likely face challenges similar to those highlighted by Ingram but on a much greater scale. And while Hawaii’s example shows mandatory Covid testing can slow the spread of the virus, it is unclear whether similar rules would apply to people driving or taking the bus or train between states — a potential loophole that could undermine efforts to contain the pandemic.

U.S. officials have already begun mandating Covid tests for some travelers. Beginning Tuesday, people arriving on international flights had to show proof of a negative test in the 72 hours before departure. The CDC gave airlines, airports and travelers two weeks to prepare before implementing the measures.

Any airline pushback to new testing requirements could also face criticism. The industry has accepted tens-of-billions of dollars in coronavirus relief from the government since the CARES Act passed last March. Carriers have taken a further more than $11 billion from the payroll support program extension that was approved in December.

The story was updated to reflect Alaska’s requirement of a negative Covid-19 test for arriving travelers.