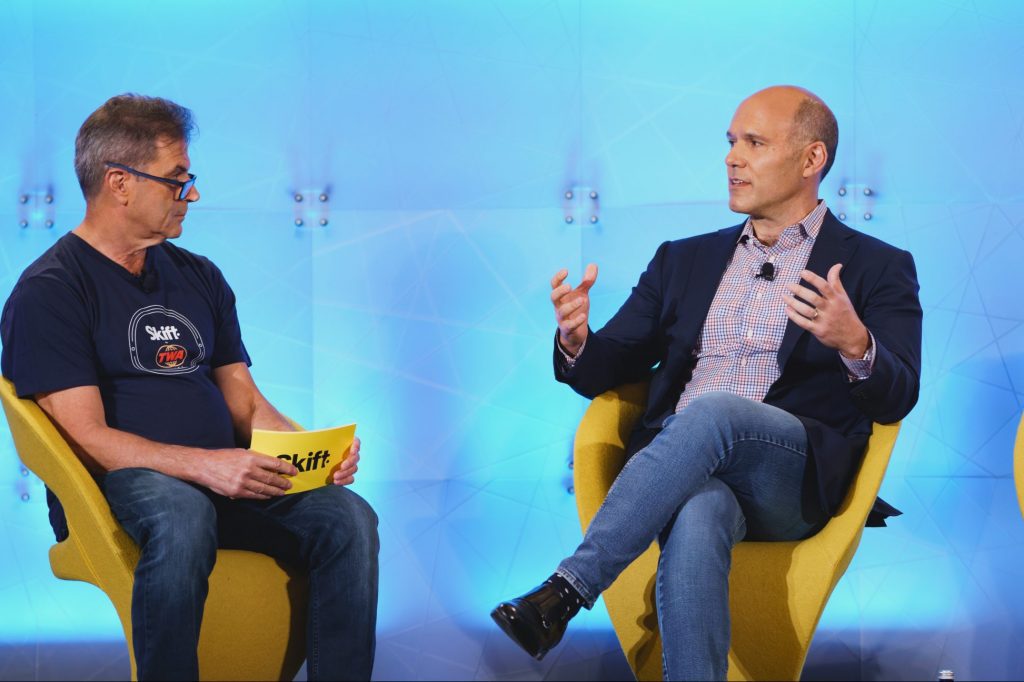 Expedia Group's strategy to reshape the company is starting to come together, as shown in its partner business. But the grand master plan is a multiyear endeavor.

Expedia Group experienced several high-profile wins (Delta Air Lines for car rentals) and losses (Chase for flights and cars) in its partner business in recent months, but its effort overall to seize more opportunity in its business-to-business segment started to show progress in the second quarter.

Since becoming Expedia Group CEO in 2020, Peter Kern has been trying to simplify Expedia’s operations by shedding brands and consolidating teams that were sometimes working at cross-purposes. He also decided to invest more heavily in Expedia Group’s partner business.

During the company’s second quarter earnings call with analysts Thursday, officials recounted how the company ceased powering flights and cars for Chase in February (it still provides lodging), and in the second quarter began providing car rentals to Delta.com to supplement the hotels it was already supplying.

Chase is poised to launch a larger travel portal and is taking about potentially reaching $8 billion in sales by 2025. Expedia Chief Financial Officer Eric Hart said the Expedia-Chase lodging partnership is performing well, and although the now-gone flights and car rental relationship boosted Expedia’s gross bookings, it didn’t have a significant impact on Expedia’s profitability.

During the second quarter, Expedia Group became the exclusive hotel partner for Avios, the rewards partner for British Airways and Iberia, and began powering the travel portal for Bilt Rewards, a loyalty program for rentals.

In the quarter, Expedia Group’s business-to-business segment generated $156 million in adjusted EBITDA (earnings before interest, taxes, depreciation and amortization) compared with a $4 million loss a year earlier. Revenue in that segment grew 113 percent to $650 million.

CEO Kern said the company intends to make available to partners Expedia offerings such as its “service capabilities,” machine learning and fraud protection.

“We are evolving all things in the business to a place of better customer-oriented products and capabilities, better service and understanding of our customers, personalization and ultimately building what we believe will be the best and stickiest product in the industry,” Kern said. “And all of these advancements also benefit our B2B business, which continues to grow at an accelerated rate.”

Among other highlights of the second quarter, Kern said direct traffic generated two-thirds of gross bookings in the company’s retail, or direct-to consumer, business.

The company’s net loss in the quarter narrowed 39 percent year over year to $185 million on revenue of $3.18 billion, a 51 percent jump.

Expedia beat analysts expectations on revenue and adjusted earnings per share, which was $1.96, and its shares were up 5.7 percent in after-hours trading Thursday.

The company’s selling and marketing expenses in the second quarter increased 43 percent “primarily due to a $547 million increase in direct costs driven by an increase in spend across all main marketing channels as well as an increase in B2B partner commissions,” the company said.

Kern said the company saw a recovery in all markets and products in the second quarter and expanded its margins. He maintained there still is a lot of upside in the recovery, citing the fact that capacity in long-haul flights, a traditional Expedia strength, is still around 30 percent below pre-pandemic levels.

Expedia Group’s vacation rental unit, Vrbo, is still exhibiting strength, although it didn’t have enough homes to offer in certain beach destinations in the U.S. Southeast, he said. Kern said that Vrbo is adding supply in U.S. beach destinations faster than its competitors.

Kern emphasized that Expedia is prioritizing adding loyal customers who book through its app rather than just spending on adding customers wily nilly through performance marketing.

“To be clear, we have been evolving our consumer approach from being largely transactionally focused where we and the industry spent virtually all of our time tuning our products for maximum arbitrage and performance marketing channels and spending more and more money on intermediaries to a future where we build longer-lasting direct relationships with loyal high-lifetime value customers,” Kern said.

He added: “This means that we have not chased all traffic available in performance marketing, no matter the cost, and instead have focused on the pockets of consumers we think will drive the highest long-term value and the best future shape of our business.”