U.S. Airlines Grapple With Having No Easy Fixes for Pilot Shortages 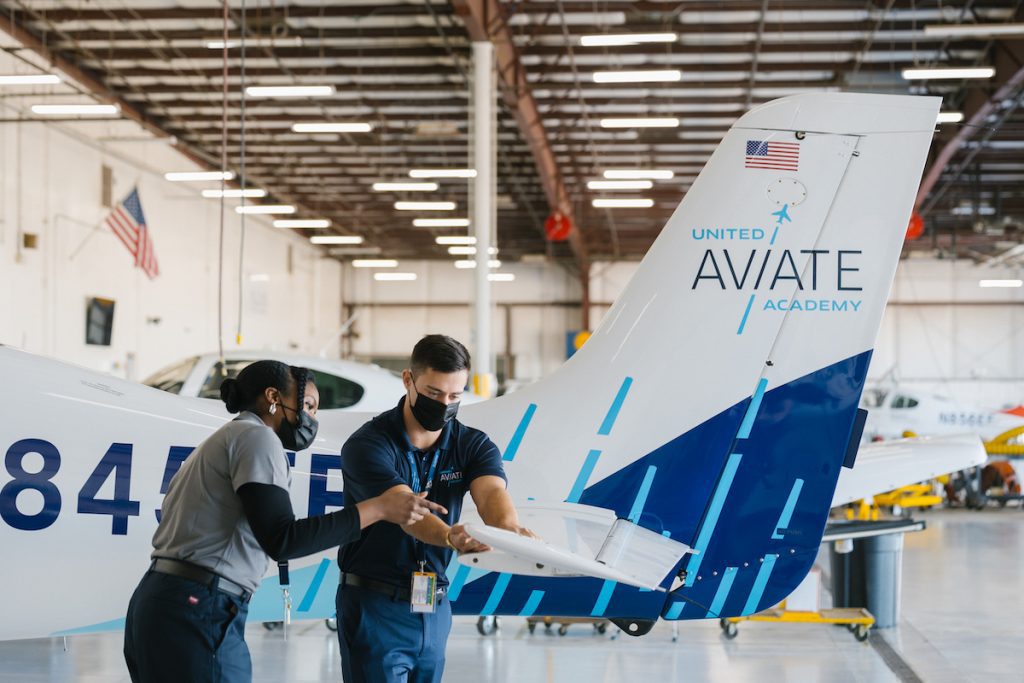 Accepting that there is a pilot shortage in the U.S. is only the first step to fixing the problem. The next is producing more pilots but that, even with big names like Alaska and United working on it, will take several years.

U.S. airline executives, who frequently never agree on anything, concur on at least one thing: that the industry faces a pilot shortage. The obvious next step is what to do about it but that is already too late as carriers prune schedules, in part, to mitigate its effects this summer.

“What can you do about it?” JetBlue CEO Robin Hayes said of the pilot shortage at a J.P. Morgan investor conference Tuesday. “Well, obviously, focusing on automation and technology … but also creating career paths.”

JetBlue benefits from its gateway program, which offers interested applicants various paths from university programs to flight schools to becoming a pilot at the airline. Launched in 2016, Hayes said the four-year program has recently begun producing “significant numbers” of new pilots for the carrier.

But in his comment Hayes highlighted the issue airlines face addressing the pilot shortage today: JetBlue’s program takes four years to produce a new cockpit crewmember. Some other programs, including ATP Flight School, claim they can train a new pilot in as little as seven months if they work at it full time. No matter what timeline one uses, what the industry does today to address the problem will take some time before it filters through to actual flights and schedules.

Senior executives at both Republic Airways and SkyWest Airlines, the two largest U.S. regional airlines — carriers that operate, for example, American Eagle and Delta Connection flights — do not expect the situation to ease until sometime in 2023. Both have cut their schedules this year as a result. The latest of which was SkyWest’s notification to the Department of Transportation that it would end government-subsidized flights to 29 smaller cities due to a lack of pilots.

Regionals are feeling the brunt of the pain. As the farm club for major airlines, like American Airlines and United Airlines, the sector is seeing elevated attrition as their partners have ramped up hiring to replace the pilots who took early retirement or voluntary departure packages during the pandemic. Airlines were barred from involuntary layoffs or furloughs under the federal government’s payroll support program that expired last September.

“We are depleting the ranks faster than we can get new hires ramped back up,” outgoing American CEO Doug Parker said Tuesday.

Regulators certified 4,928 new commercial airline pilots in 2021, according to the Regional Airline Association trade group. That is less than half of the 11,526 pilots that the group estimates U.S. airlines plan to hire this year. And Oliver Wyman has put the shortfall at as many as 12,000 pilots in 2023.

The shortage is translating to leaner-than-planned schedules at most major airlines. Alaska Airlines, American, Delta Air Lines, and United have all trimmed flying plans and, in United’s case, exited smaller markets as their affiliates have struggled with attrition.

Southwest Airlines, which does not have any regional partners, has reduced its capacity recovery through May owing to “challenges with available staffing,” Chief Financial Officer Tammy Romo said Tuesday. Former CEO Gary Kelly identified pilots as one area where Southwest faced staffing challenges in January.

Start Your Own School

Alaska and United have gone one step further than JetBlue and opened their own flight schools. The former opened the Ascend Pilot Academy in Oregon earlier in March, and the latter the United Aviate Academy in Arizona in January. Both programs offer financial aid and scholarships to lessen the cost of becoming a pilot, and encourage more people to do so.

“There is an enormous pool of qualified candidates that will make excellent pilots that haven’t had the opportunity to go to flight school because it costs money,” United Chief Financial Officer Gerry Laderman said Tuesday. United and partner J.P. Morgan will partially the cover the cost of training but, even with that help, expenses total more than $70,000.

Many have blamed the U.S. shortage on the high training costs and low wages new pilots often receive at airlines. Carriers are working to address the latter through new labor contracts and hiring bonuses and retention incentives. Pilots at United affiliate CommutAir recently ratified a contract with a 32 percent wage increase for first officers.

But whatever the reason, airline executives agree that the shortage is here and managing through it is the only path forward. Coupled with the recent surge in oil prices due to the war in Ukraine, capacity will be closely managed this summer despite strong travel demand. That will mean higher airfares for travelers but improved financial performance for airlines.

“We are very, very confident in our ability to capture over 100 percent of the fuel price run up,” Delta President Glen Hauenstein said Tuesday. His confidence was, in part, supported by the broad capacity discipline — in part a result of the pilot shortage — the airline is seeing in the U.S. market even as travelers return. Delta plans to increase ticket prices by $15-20 one-way beginning in the second quarter.