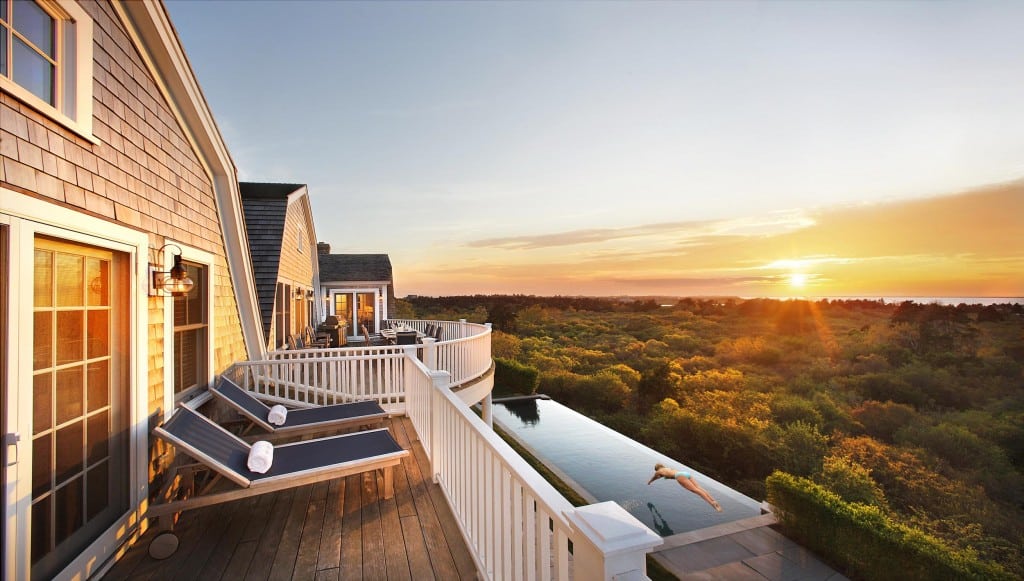 Unlike Airbnb and Vrbo, which have struggled at times to attract ample numbers of hosts to meet demand, Inspirato and its subscription model play in a more focused space. Although there is plenty of competition, there are tons of potential home leases to lay siege for around the world where the monied set want to jet and play.

Inspirato, a subscription business for luxury home stays, began trading on Nasdaq Monday in a special purpose acquisition company deal with its eyes on its most important priority — securing additional leases of luxury homes.

While Inspirato, which secured more than $100 million in net proceeds from the deal, plans to invest in improvements for its subscription technology, the guest experience and personalization, said founder and CEO Brent Handler Monday, its key pursuit is adding to its roster of 425 managed homes. Inspirato’s shares were up 17 percent in late afternoon trading.

“It is important to know that this is really a supply-driven business,” Handler said, adding that executives from likes of Airbnb, Vacasa and Sonder would likely say the same. “It is really about supply, more so than demand.”

Inspirato’s largest geographies in descending order are North America, Latin America, the Caribbean and then Europe.

Handler counts as his competitors 5-star hotels such as Four Seasons, memberships clubs like Soho House, and luxury properties that list on sites including Airbnb and Vacasa, although he doesn’t view the latter two as direct competitors.

Referring to other property managers, Handler said, “No one specializes in the ADRs (average daily rates) we swim in.”

Subscriptions to Inspirato’s homes go for $2,500 per month, he said. Handler added that Inspirato, unlike some other competitors, takes total control over the rates and designs of homes that it leases.

The Thayer ventures SPAC closed trading Friday at $9.55 per share, and the merged company, Inspirato, saw its common stock selling for around $11.28 per share late afternoon on Monday locally in New York.

The merged companies started public trading with a valuation of around $1.1 billion.

“We don’t need a lot of extra cash like a lot of SPACs do, especially in the travel space,” Brent Handler said.

The company claimed 13,191 active subscribers in the third quarter, a 12 percent bump.

In 2002, the duo founded Exclusive Resorts, a luxury vacation club, and a few years later they sold a majority stake in it to former AOL chairman and CEO Steve Case, but they left the company in 2010.

Like Sonder, Inspirato is trying to create an identity as a hospitality brand.

The company several months ago launched a real estate division as a means of increasing its supply portfolio.

Inspirato notched a net loss of $9.1 million in the third quarter, its most recent reported financial results, compared with net income of $1.7 million a year earlier. As of September 30, Inspirato had lost $13.6 million in 2021.

Those losses are a challenge for Inspirato as investors seem to have waning enthusiasm for money-losing companies.

However, Inspirato reported that in the third quarter its revenue rose 52 percent to $65 million, and its share price was doing well on the first day of trading.

Andrew McConnell, the CEO of revenue manager Rented, agreed with Brent Handler that Inspirato competes with luxury listings on major short-term rental platforms, and not the platforms themselves.

“This is that they are a different sort of offering than traditional rentals,” McConnell said. “The kind of person who owns an Inspirato home is not self-managing rental by owner or host. These are people who value professional care and are willing to pay for it.”

He argued that Inspirato can be successful in luring away owners from traditional property managers.

“Inspirato is not going to make you the most, but it is going to invest in your home, take care of it at least as well as anyone else can, and give you access to a portfolio and program that no one else in this industry matches,” McConnell said. “For owners who value those things more than the pure dollars of rental revenue optimization, Inspirato can ‘win’ owners away from traditional property management.”