If you build it they will come, or in the case of Spain’s eDreams Odigeo, if you entice travelers to visit your websites then they’ll sign up for the company’s Prime subscription program.

In a somewhat stunning statement, eDreams Odigeo CEO Dana Philip Dunne told analysts during the company’s fiscal first quarter earnings call that the online travel agency does no specific paid marketing to convince travelers to sign up for its subscription program, which is seeing its membership booming.

He added that eDreams Odigeo, which is the second largest online travel agency flight-retailer in the world by revenue and the largest in Europe, doesn’t do Prime-specific paid marketing.

To be sure, eDreams Odigeo, which trades on the Spanish stock market and has five online travel agency and metasearch brands, spends considerable amounts on paid marketing to acquire customers, but next to nothing outside its own websites to attract Prime signups.

Instead, eDreams Odigeo gets Prime signups once website visitors arrive with promises of “exclusive prime benefits,” including discounts on every flight and pledges of better customer service than for non-members. 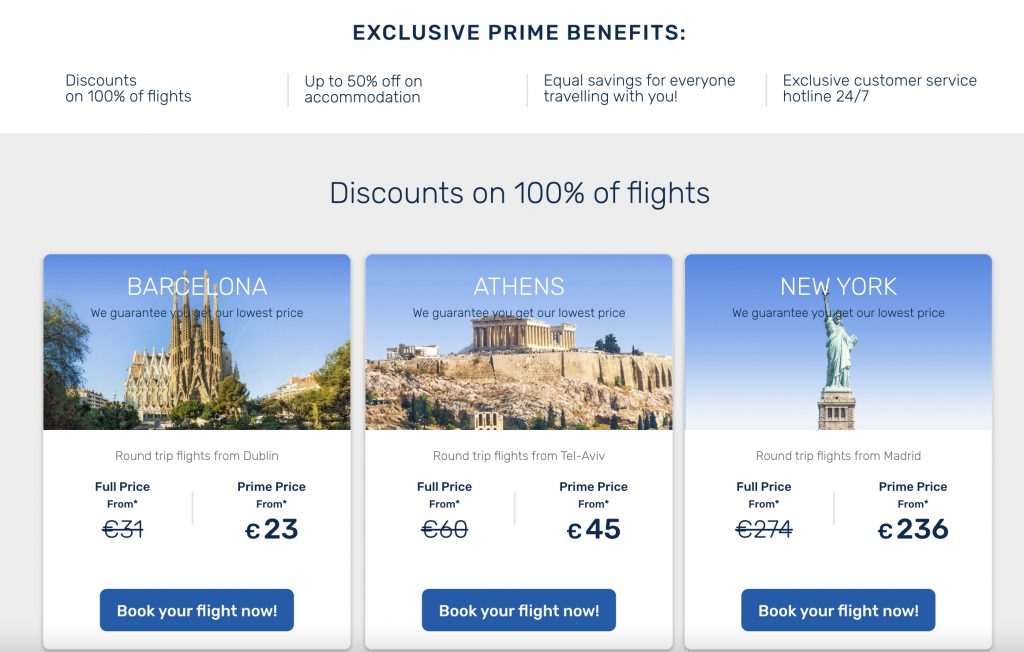 eDreams Odigeo charges travelers 55 euros (about $65) to join Prime, which saw its ranks climb by 500,000 members to some 1.26 million during the quarter. As of August,  the subscriber roster grew to 1.5 million.

An eDreams Odigeo spokesperson said the growth of Prime has been “totally organic.”

“Our customers recognise the unrivalled choice and value that we offer due to our scale and proprietary platfor,” the spokesperson said. “These combined with the other services we offer on Prime make it compelling. Fifty percent growth in three months compelling, as customers discover it and we expand it geographically.”

The company’s approach to getting Prime sign-ups could be changing, however. Dunne said in the fall the company will begin testing paid marketing to obtain Prime subscriptions, but the amount it will spend initially will not impact its financial results materially.

Meanwhile, Tripadvisor, which debuted its own subscription plan, Tripadvisor Plus, earlier this year, intends to engage in both digital and offline marketing to obtain subscription sign-ups as the travel industry recovers.