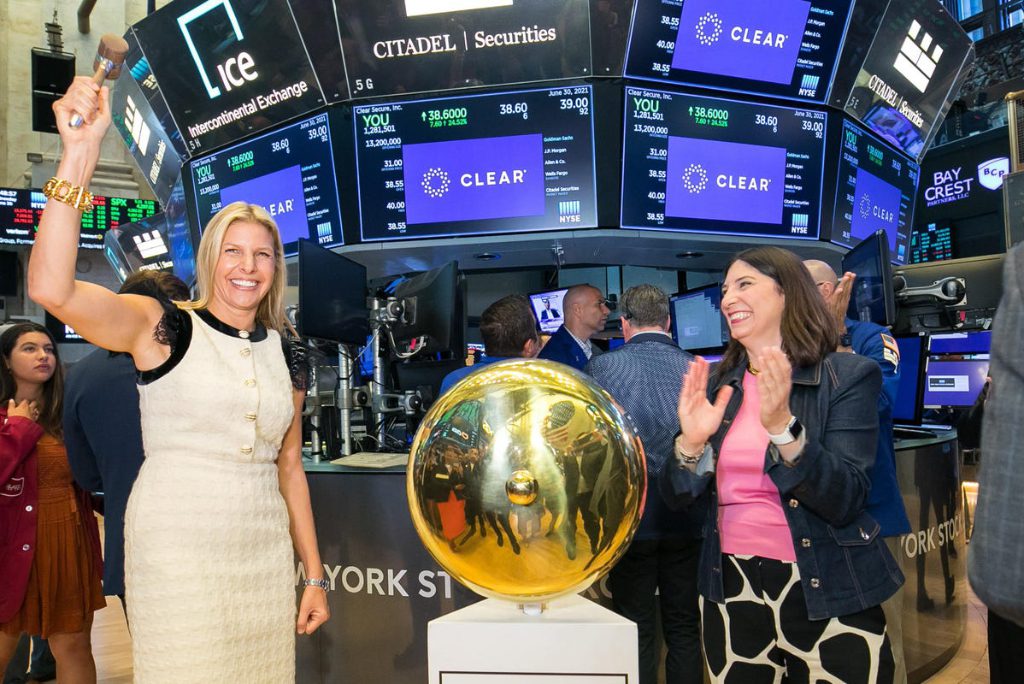 More travel companies are on track to go public this year than in any other year in recent memory. The activity has surpassed most forecasts made during the pandemic, even accounting for how many travel companies said in January that they were considering initial public offerings, or (IPOs).

One factor amping up activity has been the sudden popularity of merging with blank check companies, also known as “special-purpose acquisition companies, or SPACs.

This year a dozen travel companies have already gone public or are expected to go public. That statement uses a classic definition of “travel,” covering suppliers, such as airlines and vacation lodging providers — plus the tech vendors and aggregators that depend on the travel industry. Up to seven more travel companies may announce plans to go public before year-end.

Decisive historical statements are elusive, though. Analysts don’t share a settled definition of “travel company.” Some track more all-encompassing categories of “transportation and hospitality,” which can include charter jet operators, flying taxi makers, ride-hailing firms, and event management software makers. Including those types of businesses adds another dozen or so companies to this year’s list.

The year’s largest initial public offering in travel so far has been Clear Secure‘s. The airport screening and biometric identity company raised net proceeds of about $409 million in June. The stock market now values the company at about $3.5 billion.

The second-largest travel IPO so far has been by Frontier Group Holdings, the parent of U.S. budget airline Frontier. It went public in April, raising $266 million. The market currently values the airline at about $3.2 billion.

Source: Financial statements; Skift.
*Proceeds, net of commissions, and all investor options, aren’t finalized at market launches. Separately some companies may sell a large number of shares, but we are using a smaller dollar figure that reflects the net proceeds actually flowing to each company.

The rip-roaring market for initial public offerings has been surfing larger trends.

“We are seeing the most active IPO market, by far, of any year since the internet bubble years of 1999 to 2000,” said Jay Ritter, a finance professor at the University of Florida’s Warrington College of Business.

Back in 2018 and 2019, the investor narrative for travel companies — most prominently Airbnb — was that it was better to be private than public. Then in 2020, the pandemic made the venture equity in many startups at least temporarily illiquid, prompting a rethink by investors. This year’s volume of initial public offerings essentially reflects a backlog.

The boom also comes at a time of feisty “animal spirits” among investors.

“A major reason for the large number of companies tapping public equity markets is that stock prices, by many measures, are at an all-time high,” Ritter said.

As of August 19, the overall U.S.-listed initial public offering volume counted 690 companies raising a total of $215 billion, data provider Dealogic calculated. At no point since 1995 has U.S. IPO volume in the same calendar period generated anywhere near as much deal value or as many listings, Dealogic data showed.

“Investors paid more for IPOs in the first half of this year, on average, than they did in the prior four years of first halves, on average,” said Erin Gibbs, president of Gibbs Wealth Management, and the former equity chief investment officer of Standard & Poor’s Investment Advisory Services.

“That happened even though investors had a significantly larger number of offerings to choose from in the first half of this year,” Gibbs said. “In other words, the growth of proceeds is outpacing the increase in the number of IPOs.”

This enthusiasm could become a problem in time. It’s hard to outperform investor expectations when you launch with a high enterprise value.

In March, the U.S. budget carrier Sun Country raised $218 million in an initial public offering. But the company is already trading below its debut share price.

Travel Hops on the SPAC Trend

Another factor driving activity this year has been the rise of special purpose acquisition companies, or SPACs. This year so far, more than 100 operating companies have gone public by merging with a SPAC, Ritter said. Several of these have been in the travel sector.

Companies may lunge toward the SPAC model if they worry they would take longer than average to go public the traditional way because their business models are somewhat new and harder for investors to compare to current models.

“In prior years, small companies preferred to go to private equity to raise capital,” Gibbs said. “But in 2021, the public markets have been willing to take on the much more speculative risk of SPACs and IPOs, often enabling small companies to raise large capital without some of the onerous restrictions that private equity firms were previously able to extract.”

U.S. regulators also allow SPAC mergers to include predictions of future performance, while they don’t allow that for traditional IPOs. That makes SPACs more appealing to companies that aren’t profitable today.

Perhaps the year’s biggest SPAC deal will be an expected one involving Vacasa, the largest full-service manager of vacation rentals in the U.S., which said it intended to go public in a $4.5 billion merger with a blank check company “as soon as is practicable.” It expects to raise about $485 million in gross proceeds.

Other travel companies expected to go public this year include Sonder, a lodging company that runs both licensed short-term rentals and hotels, in a $2.2 billion transaction; HomeToGo, a travel price-comparison search engine and software maker, in a $1.41 billion deal; Inspirato, a luxury travel subscription service, in a $1.1 billion deal; and HotelPlanner, a hotel booking service, in a three-way merger at a $567 million deal.

Here’s how SPACs work: The blank check companies raise money upfront in an initial public offering with no operating business. They intend to use investor’s cash to acquire a privately held company. When a SPAC goes public, it raises money from investors. It then seeks to merge with a private operating company. After the merger occurs, the operating company thus goes public.

Compare that with a traditional initial public offering, which requires underwriters to estimate what valuation to put on a company. Underwriters compare the business to already public companies and talk to potential institutional buyers.

In a SPAC deal, a firm merges with a blank check company to get a valuation agreed upon in advance.

A few more companies may announce plans to go public before the year is out.

Traveloka, Southeast Asia’s largest online travel startup, has been in talks to go public via a blank check company backed by billionaire investor Peter Thiel, according to news reports. The Jakarta-based company might aim to raise about $400 million.

Tiket, an Indonesia-based online travel company, may merge with a blank check company in a deal valued at approximately $2 billion, Bloomberg News reported. The company is a significant player in online travel in Southeast Asia, as Skift Research noted this week.

The Chinese hotel operator Atour is reportedly interested in going public in a deal valued at around $2 billion, though a recent preference by the Chinese government for tech companies to list in either Hong Kong or Beijing may delay any move.

Oyo, the India-based hospitality startup, made noises earlier this month about stepping toward an initial public offering.

SiteMinder, which helps hotels get guests via online channels, is another contender for going public. As the pandemic emerged, SiteMinder, based near Sydney, received an investment led by BlackRock, the world’s largest money manager. The company didn’t disclose the investment amount. But the deal reportedly placed a more than $750 million ($1.1 billion Australian) valuation on the business.

Experiences booking company GetYourGuide might also seek to go public, after having raised more than $600 million.

IPOs by Companies Adjacent to Travel

Slightly further afield, Swvl, a ground transportation startup in the Middle East and Europe, plans to go public in a $1.5 billion merger with a blank check company.

Grab, a Singapore-based superapp that offers ridesharing, food delivery, and financial services, may merge with a blank check company sponsored by Altimeter before the end of the year at a valuation that may be around $39.5 billion.

In another “travel adjacent” category, Cvent, a provider of event management software events, is going public in a $5 billion deal.

Ride-hailing firm and corporate travel startup Gett, partly backed by Volkswagen, had expressed an interest in going public. But it currently faces a UK inquiry over some value-added tax payments. The decade-old company has raised more than $750 million in venture capital.

“We have always said that an IPO is a potential in the future,” a spokesperson recently said. “At the moment, we are fully focused on growing our bespoke corporate software-as-a-service solution internationally.”

What Will History Say?

The good times of the rollicking public markets may continue if a variety of factors keep equity valuation levels relatively high, which encourages companies to go public.

“The median price-to-sales ratio of companies doing a traditional IPO in the first half of this year was 22.9, valued at the first closing market price and using the post-issue number of shares, and using the trailing 12 months sales of the firm,” Ritter said.

“This is the fourth year in a row that the median PSR is in double digits,” Ritter said. “All but three years during 1990-2017 had single-digit PSRs. These high valuation ratios show how high equity prices have gotten in recent years.”

Yet, the debate about whether stocks are in a bubble continues to be lively. Equity prices are not the only high asset prices. Low-interest rates have also pushed up the prices of bonds and real estate, as Ritter noted.

Historians might not look back on this year’s IPO boom with kindness, though. In other words, investors may not see great results on average by investing in the current crop of offerings.

It’s a case of supply and demand. There are only so many companies that can go public. Higher demand, because of high equity prices, appears to be outpacing the supply of issues. Over time, it seems logical that the group of IPOs going public will have lower expected returns on average than in past years with more “normal” dynamics.

That said, any individual company that goes public this year might be a breakout winner in the long term. The reason, analysts said, is the novel trend in SPACs.

If one of these next-gen travel companies goes public by a merger with a blank check company, and retail (ordinary, non-institutional) investors like it enough that the stock price trades at a premium to its asset value for some time, investors in the original SPAC will not be likely to redeem their shares.

Given the complicated structure of SPACs, that means that companies that are a hit with retail investors will turn out to be better capitalized than if they had gone via a traditional IPO instead. What’s more, when they need to raise additional funds by raising more shares, they will be able to do so on more favorable terms.

So chances are favorable that at least one of this year’s companies going public is likely to have a better-than-expected performance in the long term. The reason will be quirks in how they’ve gone public via mergers with blank check companies, a pattern that broadly differs from the historical norm.

Investor enthusiasm may also last for quite a while.

“One of the drivers of both the increase in SPACs and IPOs has been the renewed interest in investing, particularly speculative investing,” Gibbs said. “Perhaps in the first half of the year, the stock market replaced Las Vegas for many people stuck at home.”