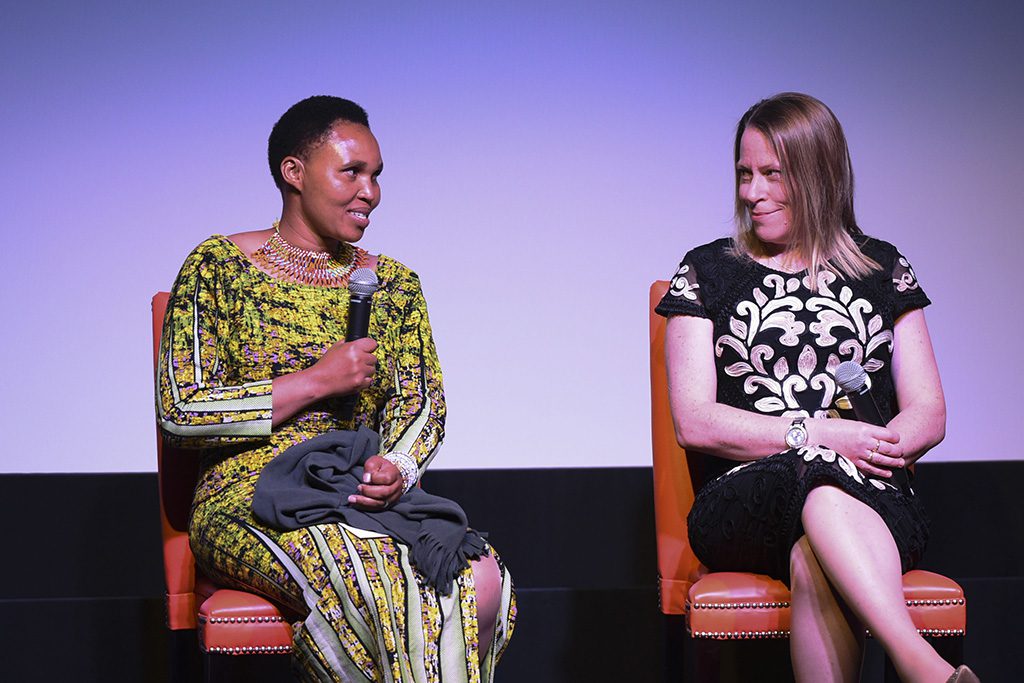 For Africa to realize a lot of its economic potential, especially within hospitality, elevating women to positions of leadership will help power and accelerate growth. Asilia's Dunia Camp in Tanzania, run by General Manager Angel Vendeline Namshali and her team of all women, is an example of this positive change.

I’ve argued in recent columns that for Africa to truly manifest the shared aspirations around tourism, economic growth, and hospitality development, a wider swath of the population needs to see the opportunity and directly benefit. Fred Swaniker, founder of African Leadership University (ALU) and a former McKinsey consultant who holds a Stanford MBA, has been making the case for how conservation initiatives can empower a new wave of African entrepreneurs and businesses toward upward growth.

But another important part of the equation is elevating women to leadership roles, often in countries and contexts where this is the rare exception and not the norm. Providing meaningful business opportunities for women can be a game changer for Africa’s hospitality industry.

Angel Vendeline Namshali is an example of this energy. Namshali, who spoke last Thursday at Empowers Africa’s annual Women Leading Change event in New York City, currently manages Asilia’s Dunia Camp in the Central Serengeti, Tanzania. While it’s rare to have women in a leadership position here, it’s even more notable that the camp is entirely run by female staff, down to the guides and trackers. Angel Vendeline Namshali (sixth from left) is general manager at Asilia’s Dunia bush camp in the Central Serengeti, Tanzania. Namshali leads a staff of all women, which is setting an example for the next generation of African leadership in the hospitality industry. Photo: Asilia

Namshali came into hospitality by accident. “When I completed my High Level (aged 18) I was selected to go to college, but my parents did not have the funds to pay for my further education,” she said. “My father said they were selling a cow to pay, but the money from that went to my younger brothers’ education. So my mother found a relative who was able to help me find a job, and I got a role at Sopa, a big Tanzanian hospitality company. My first job was in the laundry of a large, 75-room hotel in Tarangire National Park.”

From Sopa Lodges, she moved into the front office and graduated up the ranks, realizing that “hospitality was in her heart” after having daily contact with the guests.

In addition to the responsibilities of running the camp, looking after every touchpoint, including the safari vehicles, the guest experience, the cuisine, and new arrivals, Namshali also sees a higher calling in the work in the bush. “I have come to see that if Tanzanians do not look after the Serengeti and its wildlife then we will have nothing to pass on to the next generation,” she said. Pitched on a major wildebeest migration corridor in the Central Serengeti, Dunia Camp offers access to the Moru Kopjes rock formations, home of the black rhino and the big cats and leopard that roam the forests on the fringes of the Seronera River. Photo: Asilia

The Future of the Serengeti

As a result, the team at Asilia founded a program focused on getting the younger generation of Tanzanians interested in hospitality. “At Asilia we have a fantastic program called Twende Porini, which brings the young children from the nearby communities into the camps to experience the national park, see wildlife, and give them the chance to experience hospitality. We also talk about conservation and the future, and we hope that when they leave they have a big picture of what we do and a fire to become the next generation of hospitality people.”

Indeed, showing people from a young age the entire ecosystem of hospitality and conservation can have a large impact, widening their world view beyond their village or their parents interacting with their environs. It opens the eyes of younger children and also shows a potential path, should it interest them.

Namshali has also catalyzed more camps to elevate and hire more female staff in the industry, and she notices that larger cultural changes are slowly happening. “When I started at Dunia in 2014, I was the only female Tanzanian camp manager in the Serengeti. Lots of other hospitality companies have visited Dunia and been inspired to hire more women. But it is not just about companies — cultural attitudes in Tanzania are slowly changing, and the idea of women working in the bush is slowly becoming more acceptable. The norm is still just one or two women in each camp.” Namshali at work. She noted that cultural shifts are gradually taking place in Tanzania. She and her staff serve as role models for schoolchildren, who visit Dunia Camp through Asilia’s Twende Porini program. Photo: Asilia

In terms of leadership style, Namshali runs a tight ship as she presides over her team of women in the Serengeti bush. She described it as a “family feeling where everyone is supporting each other and teaching each other.” Her earlier hospitality experiences drilled her on attention to detail so she playfully added that “some might say I am a micro-manager!”

But it’s clear the bigger mission is mentorship and empowerment of not only the team but also members of the broader community. She also noted there’s something unique about working in a team of women: “Women are naturally maternal. The feeling of nurturing and warmth in an all-women’s camp is not something that cannot be emulated anywhere else,” she said. “Also as multitaskers, I am proud to say we are an efficient team because we can do more than one thing at once!”

Part of the appeal of her job is not just the operations, community, and conservation, but also learning from guests and also giving them something to take home as well. Namshali’s takeaway is the ability to understand and interact with lots of different cultural operating systems from around the world, all united by the need for equality.

“Meeting guests from all over the world has given me an incredible glimpse into cultures from all around the world,” she said. “I have also learnt that whether you are man or woman and whatever color your skin, we all deserve the same opportunity.”