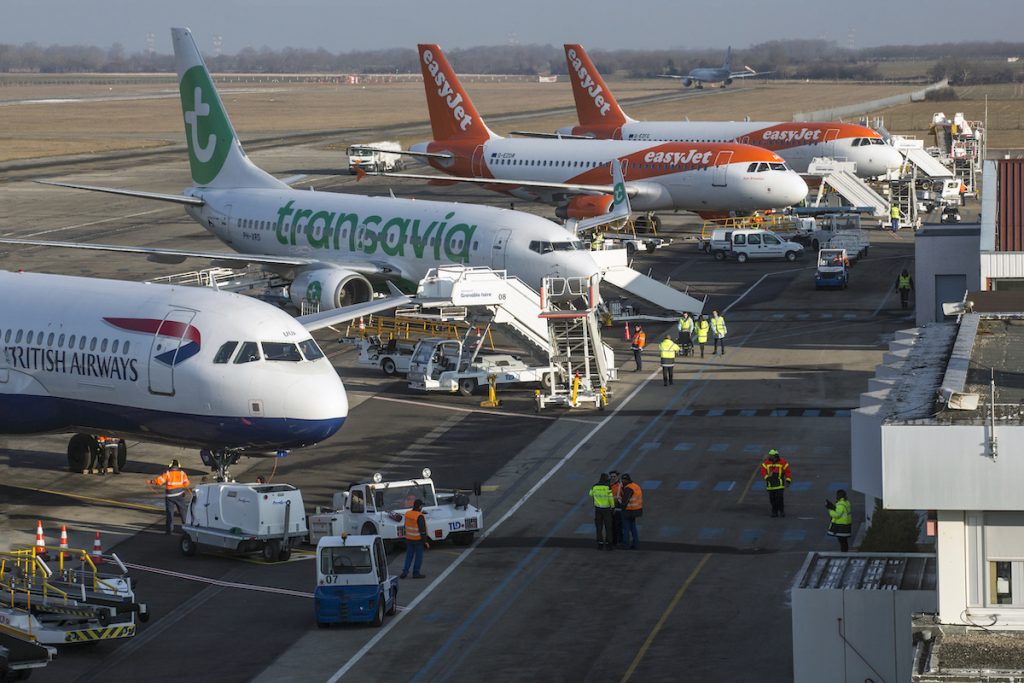 European airlines remain bullish on summer travel even with a war on the continent. But that's not to say risks don't exist, particularly the closer to the conflict that an airline flies.

European airlines face the dual challenges of the Covid-19 pandemic recovery and a war on their doorstep in Ukraine. Summer travel demand continues to look strong but another Covid surge, or geopolitical crisis, could knock it off course warned Ryanair Group CEO Michael O’Leary.

“The system is very fragile,” he said at the trade group Airlines for Europe (A4E) Aviation Summit in Brussels on Thursday. “If there is further adverse news flows, that optimistic outlook will fall over.”

Ryanair ticket prices are softer for April and May travel compared to 2019 due to Russia’s invasion of Ukraine and a push to fill more of its flights, said O’Leary. He maintained expectations of mostly full flights and fares comparable to three years ago this summer.

The risk of another crisis, or Covid variant, is not stopping airlines from planning robust summer schedules. Europe’s largest airlines, including International Airlines Group (IAG), Lufthansa Group, and Ryanair, plan to fly at or near their pre-pandemic European capacity during the peak travel period. Long-haul flying, particularly to Asia, remains below 2019 levels for the global airlines.

Airlines are scheduled to fly just 1 percent less capacity in Europe in the third quarter, which includes the busiest summer month, compared to three years ago, according to Cirium data. However, schedules remain in flux more than a month or two out.

“If I were a potential customer, I’d book right after my speech right here,” Lufthansa Group CEO Carsten Spohr said at the summit. Fares will be up due to overall lower capacity in the market and demand at or near 2019 levels, he said. At the Lufthansa Group, Easter bookings have returned to 2019 levels and Spohr expects the summer to be the same.

EasyJet CEO Johan Lundgren said the fallout from the Ukraine war is worse the further east one goes in Europe. Travel demand in Western Europe, where EasyJet operates the majority of its flights, remains strong. “We are not affected,” he said.

AirBaltic CEO Martin Gauss elaborated on a geographic split airlines are seeing. Bookings for outbound travel from the Baltics remains strong but there is hesitancy, especially from corporate customers, to book travel to the region. He stressed that Baltic countries are “open” for visitors despite sharing a border with Russia.

The story is different for airlines with little or no exposure to Eastern Europe. Spanish discounter Volotea, which does not fly further east than the beach town of Varna, Bulgaria, has not feelt a hit from the Ukraine war to its summer, CEO Carlos Muñoz at the summit. The airline will fly significantly more capacity this summer than it did three years ago, he added.

Few airline executives, other than O’Leary, spoke of the risk of another surge hitting summer travel. Even with the BA.2 variant spreading, European governments are increasingly looking towards reopening rather than closing. Switzerland on Wednesday decided to drop all Covid restrictions beginning Friday, April 1. Other countries around Europe are moving in the same direction, and the airline chiefs were united in pushing for fewer restrictions than more.

“We’re a more resilient company,” said Lundgren when asked if EasyJet was ready for whatever challenge may come next.