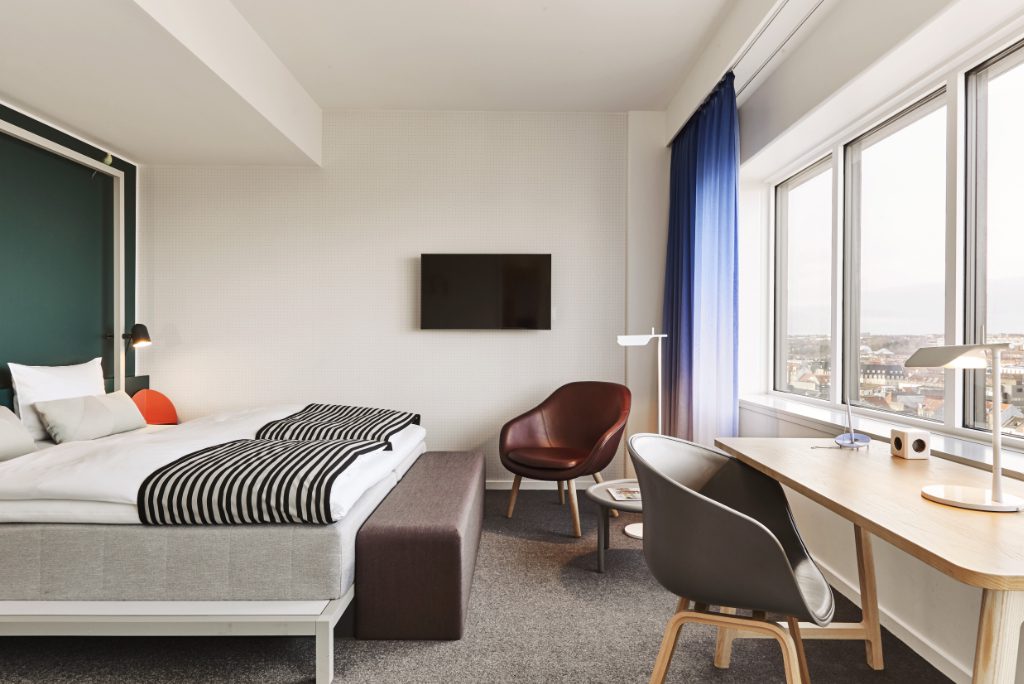 Technology is developing faster than many hotels’ ability to implement it, so some chains turn to tech specialists to stay up to date. Wyndham is tapping Oracle Hospitality for its full-service brands and Sabre for its select-service brands.

Wyndham will debut the cloud-based version of Oracle Hospitality‘s flagship property management system at thousands of its full-service hotels worldwide, Skift has learned.

The move is significant for Oracle Hospitality. It aims to escape the gradual decline of its legacy product — an operating system that uses on-premise equipment — and emerge as a leader in cloud computing (which provides internet-based computing power and storage).

“We’re approaching 1,000 hotels ‘live’ on this next-gen property management platform, Opera Cloud,” said Alex Alt, general manager of Oracle Hospitality, which serves about 40,000 properties with all its property management systems. “When I started here roughly 18 months ago, that number was under 50.”

Four and a half years ago, Wyndham moved to its first-generation hosted systems — meaning, moved away from having computers sitting under the desk or in the hotel closet. The brand standardized on an earlier version of Oracle’s Opera property management system and Sabre’s SynXis Property Manager.

Between 15 and 30 percent of Wyndham’s portfolio of more than 8,900 hotels will move to Oracle Opera Cloud through 2024, Strickland said. The move will take time. Franchisees will shift as their current tech contracts elapse. But in the meantime, new full-service properties that Wyndham brings in will be automatically added to Oracle Opera Cloud.

Cost efficiencies drove the decision in the case of Oracle Opera Cloud.

“Your cost of entry on Opera in a traditional on-premise model could approach six figures for a full-service hotel, with an upfront commitment that used to be in the five-figures for capital expenditure,” said Scott Strickland, Wyndham’s chief information officer. “We can’t quote specific costs, but this deal offers the cloud-based version at a really accessible price-point for our partners.”

Wyndham has negotiated a master services agreement, meaning, in effect a volume discount on behalf of franchisees.

It can tell any franchisee what the service will cost by region, by country, by the number of rooms, and by hotel type. Different package prices for franchisees included several interfaces that they had traditionally paid extra for when using Oracle’s on-premise software, such as for food-and-beverage management or mobile check-in and check-out capabilities.

“With all of our cloud-based offerings, it’s a subscription model tied to a number of rooms in the hotel on what’s kind of a per-room per-month basis,” Alt said. “No upfront costs or licenses or maintenance and upgrade fees. We have packages, commensurate with a property’s needs. Costs can flex up and down in cost with demand shifts, like we saw in the pandemic.”

Reasons to Move to the Cloud

A second motivation for adopting the cloud is the product’s simplicity. Staff no longer need to use desktop computers and can instead log in remotely with mobile devices, either Android or Apple iOS, to access information.

“The mobile benefit of this is hard to overstate,” Strickland said. “If a tour bus arrives and suddenly a crowd is standing in the lobby, staff can step out from the front desk and check-in guests throughout the lobby.”

The user interface is brand new and simplified, said Strickland, who went with Alt to a Wyndham in Chicago and, prior to the pandemic, a Ramada in London to see how employees liked the new system and the simplicity of the user interface.

Another factor driving the hotel’s chain’s decision is the system’s scope. For example, Oracle Opera Cloud includes a housekeeping module.

“You’ve probably seen a housekeeper pushing the cart around and needing to know where to go next and typically using a clipboard or calling on a radio,” Strickland said. “Now they can pull out their devices and get the prioritized instructions.”

General managers and other decision-makers will benefit by no longer having to be tied to a deskbound computer, Stickland said. Their tablets and phones can connect to the cloud and see their arrival list of guests and judge how they want to adjust their staffing or last-minute rate promotions.

Wyndham, one of the first hotel chains to return to profitability in the pandemic, sees this move as the latest step in a four-year digital acceleration.

In the past four-and-a-half years, Strickland, who started as senior vice president of digital, and Lisa Checchio, chief marketing officer but formerly senior vice president of global brands, standardized Wyndham’s brands on a single digital footprint, with one website stack — using Adobe’s help globally across more than 90 countries. Wyndham also went from using four central reservation systems to just one. It made Salesforce its customer service platform for assisting franchisees. Support calls come into Strickland’s team so that his IT and tech teams hear more directly about any frustrations.

“What digital transformation means to us is moving to best-in-class platforms with open technology stacks,” Strickland said. “It’s a lot harder to innovate when you have four central reservation systems and three digital systems. We now have one of each globally.”

Oracle Hospitality hopes that Wyndham’s adoption of Opera Cloud will encourage other hotel groups to hop on board, too.

In light of the Colonial Pipeline hack and other recent ransomware attacks in the travel sector, how should hospitality execs think of ways to minimize their risks?

Most security incidents result from one of two things. The first is not keeping up with patching of software or system vulnerabilities. Hackers read release notes and know where vulnerabilities exist based on patching guidance from technology providers.

The second major driver of security incidents comes from the interaction between systems, such as application, infrastructure, and database. While these components may be independently secure, linking them together can often create vulnerabilities.

“With Oracle Cloud technology, we frequently deploy patches in all of our environments across various applications and systems in our cloud – this addresses driver number one,” Alt said.

This next-gen version of Opera is hosted in Oracle’s cloud. That allows Oracle to optimize performance monitoring tooling between the application and infrastructure. In theory, that means fewer blips than with a hotel company having its property management system in one place and its data in cloud storage hosted by a different company.

“With Oracle and Opera Cloud specifically, we manage all of the components of the offering — application, infrastructure, database — as well as the integration of these components, thus enhancing our ability to manage the second major driver of security risk effectively,” Alt said.

Partnering With Other Hotel Tech Players

Oracle Hospitality has reviewed how it works with startups and other third-party tech vendors since Alt became the top boss. It has attempted to change some policies to encourage integrations by delivering an open architecture to its APIs. API stands for “application programming interface,” which has been described as “the set of functions and subroutines that an outside party can run to build its third-party services on top of a company’s service.”

“By making the REST API specs in the Oracle Hospitality Integration Platform (OHIP) freely accessible, Oracle Hospitality is making it easier for partners to develop and deliver rapid innovation,” Alt said. “We expose the more than 3,000+ Rest APIs through a set of powerful tools that enable an end-to-end self-service model.”

For its partners, it bases its pricing model on consumption relative to API call volume. The cost is virtually free to access all its tools and APIs, the company said.

“We have completely removed all the integration friction of the past, with no compromise on the security or performance of the core system,” Alt said.