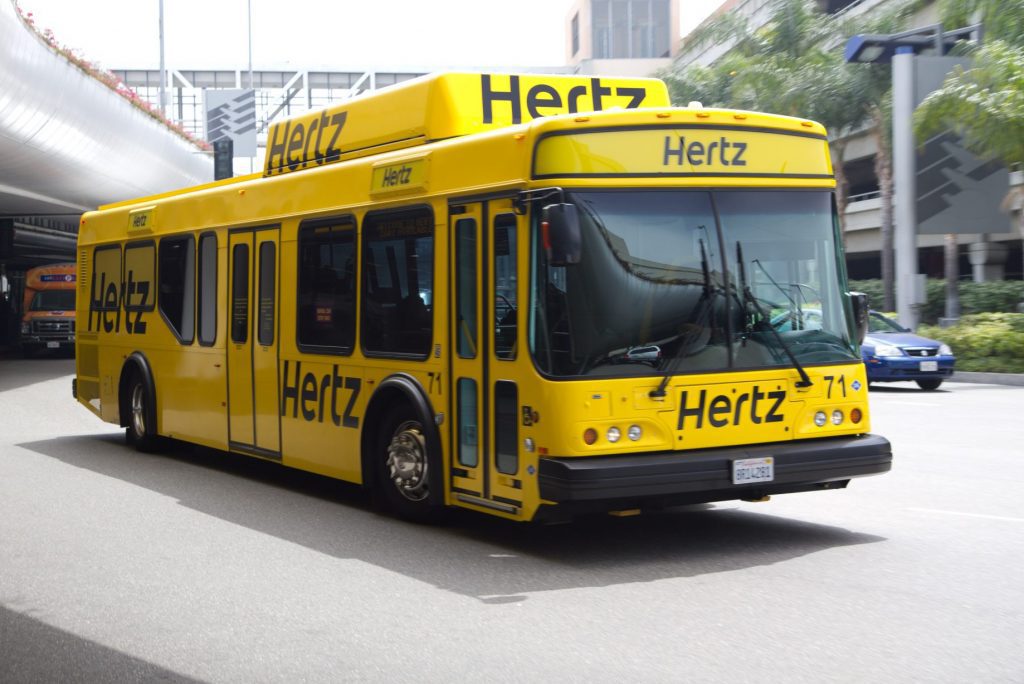 Now that the investor winners and losers are clear, Hertz is tasked with the even harder job of retooling the business to adapt to a diminished business travel environement — at least in the short term.

The group, subject to a bankruptcy court hearing slated for Friday, would fund $2.9 billion of stock investments in Hertz, issue $1.5 billion in preferred stock to Apollo, and execute an offering of $1.63 billion of common stock for existing Hertz shareholders.

The deal announced Wednesday is the culmination of a bidding war that began in early March between the Knighthead Capital Management-Certares Management group and rivals Centerbridge Partners, Warburg Pincus and Dundon Capital Partners, which each traded a couple of rival bids. At various junctures, the competing bids received the blessing of Hertz management.

Given the previous back and forth with competing bids, Hertz obtained court approval to conduct an auction process, which took place Tuesday. The goal, Hertz said in its announcement Wednesday, was “to ensure that it received the highest and best sponsorship proposal within a timeframe that would permit the company to maintain its plan to exit Chaper 11 by June 30, 2021.”

The plan would erase some $5 billion in corporate debt tied to Hertz’s European business, and provide Hertz with around $2.2 billion in liquidity.

In a statement, Hertz CEO Paul Stone said the auction winner’s plan provides Hertz with the means to enable a “robust recovery,” foster a more competitive company, and gives “excellent value” to all stakeholders.

Travel Operator Adds to Its Portfolio

Certares, the private equity firm and travel industry powerhouse with its joint venture in American Express Global Business Travel, ownership of Internova Travel Group, stakes in Latam Airlines and Azul, and others, is poised along with Knighthead and Apollo to co-lead Hertz’s reorganization and bankruptcy exit, which is expected in June.

Knighthead and Certares partners to make investments into the Latin American airlines. Apollo at the height of the pandemic last year made minority investments in both Expedia Group and Airbnb.

The deal sets up to be potentially advantageous to Certares-backed American Express Global Business Travel, which signed a 10-year pace to obtain lodging inventory from Expedia Group, and has a pending deal to acquire Expedia’s Egencia corporate travel. Expedia’s 14 percent stake in the travel management firm would be valued at around $750 million.

Given the overlapping ownership of Hertz and American Express Global Business Travel, it wouldn’t be surprising to see a closer supplier relationship develop between the two firms.

The 102-year-old Hertz filed for Chapter 11 bankruptcy protection a year ago after seeing its business collapse because of the pandemic. In addition to the plummeting of travel demand in North America at that time, Hertz suffered from used car sales likewise nosediving.

“When the crisis hit, travel industry demand dried up, particularly among the business travelers who are essential to Hertz’s rental business,” CNBC reported in August. “But the company was also slapped by drops in demand for used cars — Hertz pulls in money from the sale of the rental vehicles it retires every few years. These funds are key to paying back the creditors who own the debt Hertz uses to finance its fleet.”

Ridesharing companies such as Uber and Lyft have also adversely impacted the rental car sector, although the respective business travel use cases for renting a Hertz vehicle and hopping into an Uber for a meeting can often be different.

When Knighthead-Certares made their first bid for Hertz in early March, the plan would have been to deleverage Hertz’s debt and place it on a solid financial footing. Hertz had about $19 billion in debt in 2019 — much of it secured — before Covid-19 decimated the airport-dependent car rental business.

Another goal was to reduce Hertz’s reliance on expensive car types, and to retool the mix.

The new controlling shareholders will obviously have to deal with the collapse of business travel, and sometimes-muted prognostications about the pace of its recovery.

The bankruptcy court is scheduled to conduct a hearing on Hertz reorganization plan June 10.

Photo credit: A Hertz rental car shuttle as seen in Los Angeles on July 10, 2010. Certares and Knighthead won the auction to lead Hertz out of bankruptcy. Atomic Taco / Flickr.com