Why Barcelona Is Becoming a Hub for Travel Startups 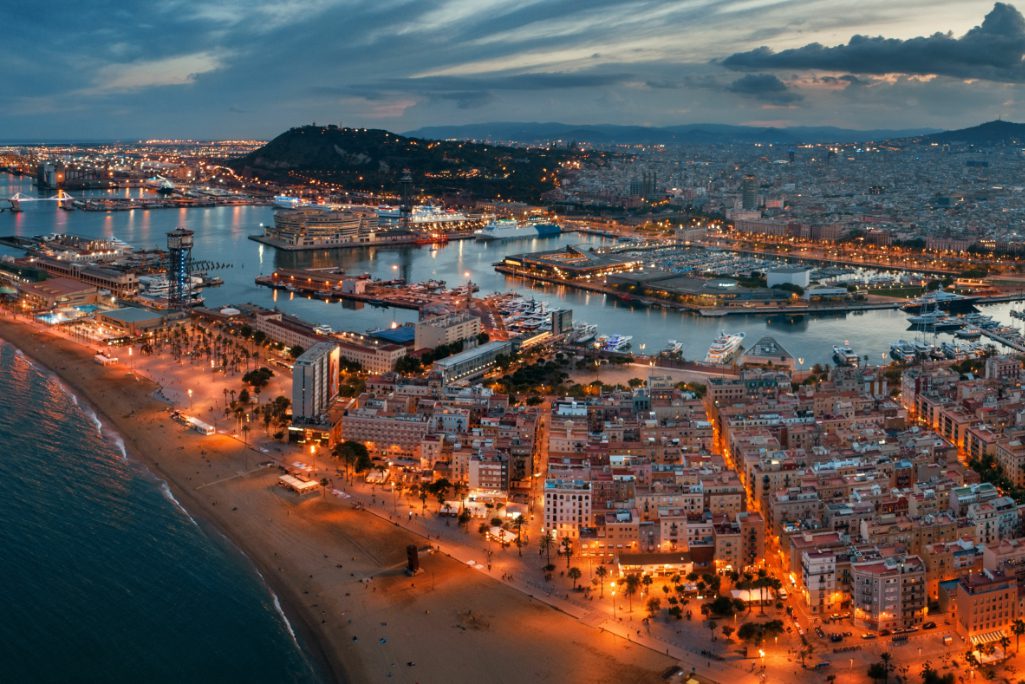 A new study highlights Barcelona's recent growth as a hub for travel startups. A rich tourism history, a sun-dappled location, and a favorable cost-of-living. The pitch is certainly attractive.

Silicon Valley remains synonymous with startups. Yet remote working during the pandemic has sparked interest among digital entrepreneurs and software engineers worldwide for other cities that have tech hubs, such as Singapore, Berlin, Toronto, London, New York, Tel Aviv, Medellin, and Beijing. The most surprising hub for technology companies in general — and travel startups in particular — is Barcelona.

“When we founded TravelPerk, we wanted a home city that reflected our company’s culture and identity,” said Avi Meir, CEO and co-founder of business travel management startup TravelPerk, which raised $104 million in its Series C round. “Barcelona is exactly that – it’s vibrant, dynamic, and filled with ambition and opportunity.”

The northwestern Spanish region of Catalonia — and mainly Barcelona — had about 9,100 positions in the travel tech category, according to a report by Mobile World Capital Barcelona published last week in Catalan. (An English-language version is due in mid-January). “Travel tech” represented about 7 percent of the digital professional job offers in the region in 2020.

About 370 travel companies have offices or headquarters in the greater Barcelona area. Of those, 44 percent focused on digital travel sales for consumers, 47 percent were tech suppliers to the tourism sector, and the rest were consultants to the travel sector, the report found.

“We’re the strongest tech hub in Southern Europe,” said Jordi Arrufí, director of the digital talent program at MWCapital, which funded the report.

The Spanish city on the sea has helped foster several travel tech companies. None have yet reached such heights as eDreams. The online travel agency became Spain’s first startup to reach a billion-euro valuation.

The company became a conglomerate called eDreams Odigeo, which in 2020 relocated its headquarters from Luxembourg to Madrid. But eDreams still has a large Barcelona campus.

Barcelona Has Many Charms for Travel Tech Startups

A rich tourism history, a sun-dappled location, and a favorable cost-of-living for digital professionals all weigh in Barcelona’s favor.

“For travel startups, Spain has advantages because of a large local market plus a lot of experience in travel,” said Juanjo Rodríguez, the founder and CEO of The Hotels Network (THN).

“Spain is above the U.S. and second only to France in the number of tourists each a year,” Rodríguez said. “But it has a non-concentrated structure. That is, the sector isn’t dominated by a few companies. Spain is full of travel companies ready to buy the products that the travel startups offer.”

Those dynamics have helped The Hotels Network, a startup that helps hotels boost their direct bookings. In 2020, the Barcelona-based company closed an $11 million (€10 million) in Series B funding.

Barcelona owes its specialty in travel tech to its long history as a tourism hotspot in Europe. The growth has been a mixed bag, as Skift’s documentary on Barcelona and the Trials of 21st Century Overtourism noted.

The story of Guillermo Gaspart showcases Barcelona’s transition to digital. Gaspart co-founded ByHours, a service letting guests book stays of as little as three hours at partner hotels. Gaspart, born in Barcelona, represents the fourth generation of a family in the Spanish hotel business.

Gaspart’s family knowledge of the hotel sector informed his ability to build a promising startup. ByHours closed a funding round of about $8.9 million (€8 million) earlier in 2020.

“Spain, in general, is more affordable for both businesses and employees in the tech sector,” said Meir of Travelperk. “For employees, the affordable cost of living in Spain means their money goes further.”

In Catalonia, tech jobs generally pay better than the average, and travel tech jobs have salaries that appear to be higher than the tech sector average, the MWCapital report found.

“For businesses, affordable real estate costs mean high-quality offices are also much easier to find when compared to eye-watering prices in London and Paris,” Meir said.

“Another factor is Barcelona’s connectivity,” Meir said. “The airport is only a 30-minute taxi and has direct flights to San Francisco, most European tech hubs, and Asia.”

If the city wants to super-charge its startup growth, it may need to grow in cutting-edge fields, such as artificial intelligence, machine learning, and the internet of things.

“If we want to be really competitive, we have to go beyond making online marketplaces and bring more innovation in,” Arrufí said. “We see some interesting examples of this among some travel tech suppliers, especially in revenue management and channel management. But in general, we need to get better at the most cutting edge and disruptive technologies.”

A driver of that development might be the global travel brands. Booking.com, Expedia, Kayak.com, and Amadeus’s TravelClick all have outposts in Barcelona.

The rise of the subscription model in travel may also be a surprise driver of growth of Barcelona as a travel tech hub far from the top-tier venture firms of Silicon Valley, London, and Singapore.

The reason is that new investors, such as Capchase and Pipe, will provide upfront investment to startups on the promise of taking a cut of the startup’s subscription revenue from customers. This presents an alternative to the need for access to Silicon Valley’s venture capitalists.

The pandemic upset Barcelona’s trajectory as a travel tech powerhouse. Many teams are working remotely.

Before the crisis, about a third of the city’s digital professionals relocated from other countries to work in Barcelona, the MWCapital report found.

“My feeling is that foreigners over-index in the BCN [Barcelona] startup world,” said Rodríguez of The Hotels Network.

UPDATE: This article has been updated to correct the location of the eDreams Odigeo headquarters.