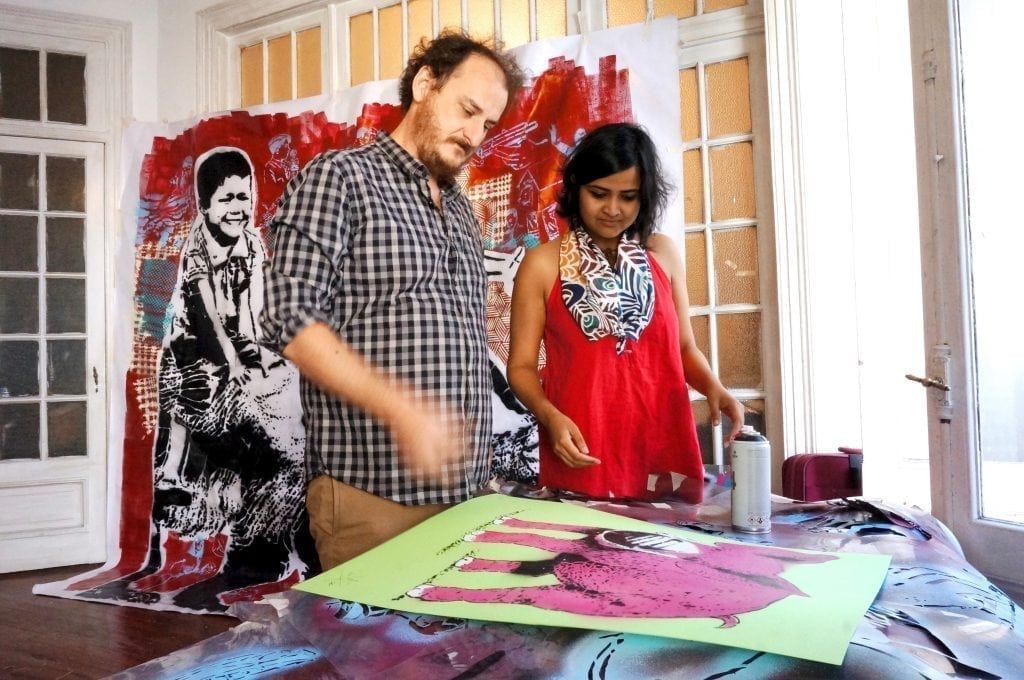 These days, not all experiences are created equal. In-depth, time-consuming, even taxing activities will actually do the word "experience" justice, though they may not attract the mainstream. Now that every single part of a trip is marketed as an “experience,” certain travelers will seek activities that are more substantial than walking through a park or admiring the hotel bar. Vacation With an Artist (VAWAA) deals in such experiences that actually warrant the overused designation.

VAWAA offers multi-day, mini-apprenticeships with local artists who meet certain standards of achievement. Many travelers won’t be up for this. It’s a commitment of time and brainpower, and those who want to systematically check dozens of “experiences” off their list may not bite.

“That word ‘experience’ has totally lost its meaning. Drinking a latte is an experience now,” said VAWAA Founder and CEO Geetika Agrawal.

Founded in 2015, VAWAA — whose acronym was created to be pronounceable in any language — operates in 17 countries, partners with 45 artists, and offers far more than painting. Travelers can study tango in Argentina, paper making in India, photojournalism in Italy, percussion in Spain, woodturning in Uruguay, cooking in Malaysia, and more. Agrawal herself has a background in design.

Travelers — no skill required — submit a request to their preferred artist on vawaa.com, similar to non-instant bookings on Airbnb. Details are solidified, and then the traveler pays on the site and is usually responsible for booking accommodations and flights separately. The fee does include use of the artist’s studio space, tools, and materials, as well as one-on-one instruction, and naturally, the traveler takes their artwork home.

Agrawal said her audience is 75 percent independent female travelers, but she didn’t court this demographic with targeted marketing. She believes the product is just meeting demand created by a population that is traveling with specific goals in mind.

On her own journey to get the business off the ground, Agrawal became acutely aware of the difficulties facing female founders of color in an industry where c-suites are heavy on white men.

“When I started VAWAA and was all new to the startup world and travel industry, I was shocked,” she said by email. “As I started moving around in these circles familiarizing myself with the industry, I realized I’d never seen such lack of diversity or empathy.”

She continued: “I clearly remember being at a VC event where I was the only woman. The experience was awful as I had never felt so invisible or disrespected before. I made a conscious choice that I will only seek investors or opportunities that align with my values. While I know this will limit what we can achieve, I know those people and opportunities exist.”

At Skift Global Forum in New York on September 27–28, Agrawal will discuss the future of tours, activities, and so-called “experiences.” We spoke to her about the business, her own experiences as a founder, and what lies ahead.

Skift: You mentioned that 75 percent of your audience is independent female travelers. Have you marketed to them specifically?

Geetika Agrawal: No, It just came about, and it’s quite organic. There are just more women in general who are traveling. They’re more financially independent. They’re more empowered. They feel more safe because of technology. This generation is so focused on self-improvement and self-care. Women in general are more wellness-oriented, growth-oriented, and creativity-oriented.

Skift: On a related note, the upper ranks of the travel industry are generally dominated by white men. Have you experienced any obstacles as a female founder of color?

Agrawal: To be honest, I’ve been kind of playing outside of the traditional travel industry. I haven’t encountered it very directly, primarily because we don’t need to use the standard travel infrastructure. However, as we now finally start fundraising and I start raising money, I can start sensing some [obstacles] … As we go about striking partnerships, I could see our interaction with the white men you’re talking about is going to increase, and that’s when we’re really going to see if [the outsider approach] is working in our favor or not.

Skift: Are you pursuing venture capital?

Agrawal: Not venture capital, but we are pursuing non-institutional funding right now.

Skift: Do you have any plans to expand your offering to include hotels or flights? Or even other types of activities, like museum tickets?

Agrawal: Yeah, absolutely. I’m glad you included museums, because that is absolutely the right kind of partnership we would be very interested in. We are considering partnering with certain hotels who are looking for more experiential offerings for their guests, with airlines. Especially those who want to attract more solo female travelers. Also, the tourism boards. They usually have a lot of attractions to talk about, or their natural resources, but they don’t really talk much about their artists, who are the true wealth.

Skift: Lately we’ve been talking about the “post-experience economy,” meaning that if every single part of a trip is now marketed as an “experience” by practically every brand, how does a travel brand really differentiate itself?

Agrawal: I’m so glad you asked that question, because that word “experience” has totally lost its meaning. Drinking a latte is an experience now. Watching a sunset. The way we truly differentiate is [with] experiences that lead to self-improvement and self-care. They’re about gaining knowledge, building cultural capital. They’re intensive and very hands-on. It’s very different when you’re engaging with something passively, which is usually what tours do — you’re just listening to a story. If you look at most of the tours and activities, they’re still all about [crossing things off] the checklist. People are living in this mode of “do do do,” and “quick quick quick.” People really want to slow down and go deep, because everything is so clickbait-ish, you know? So shallow. People want that depth of human relation.

Photo credit: VAWAA Founder and CEO Geetika Agrawal said independent female travelers make up 75 percent of her audience so far. She is shown with an artist who partners with the company. VAWAA