First Look at the Exclusive Rates Hilton Wrested From Expedia 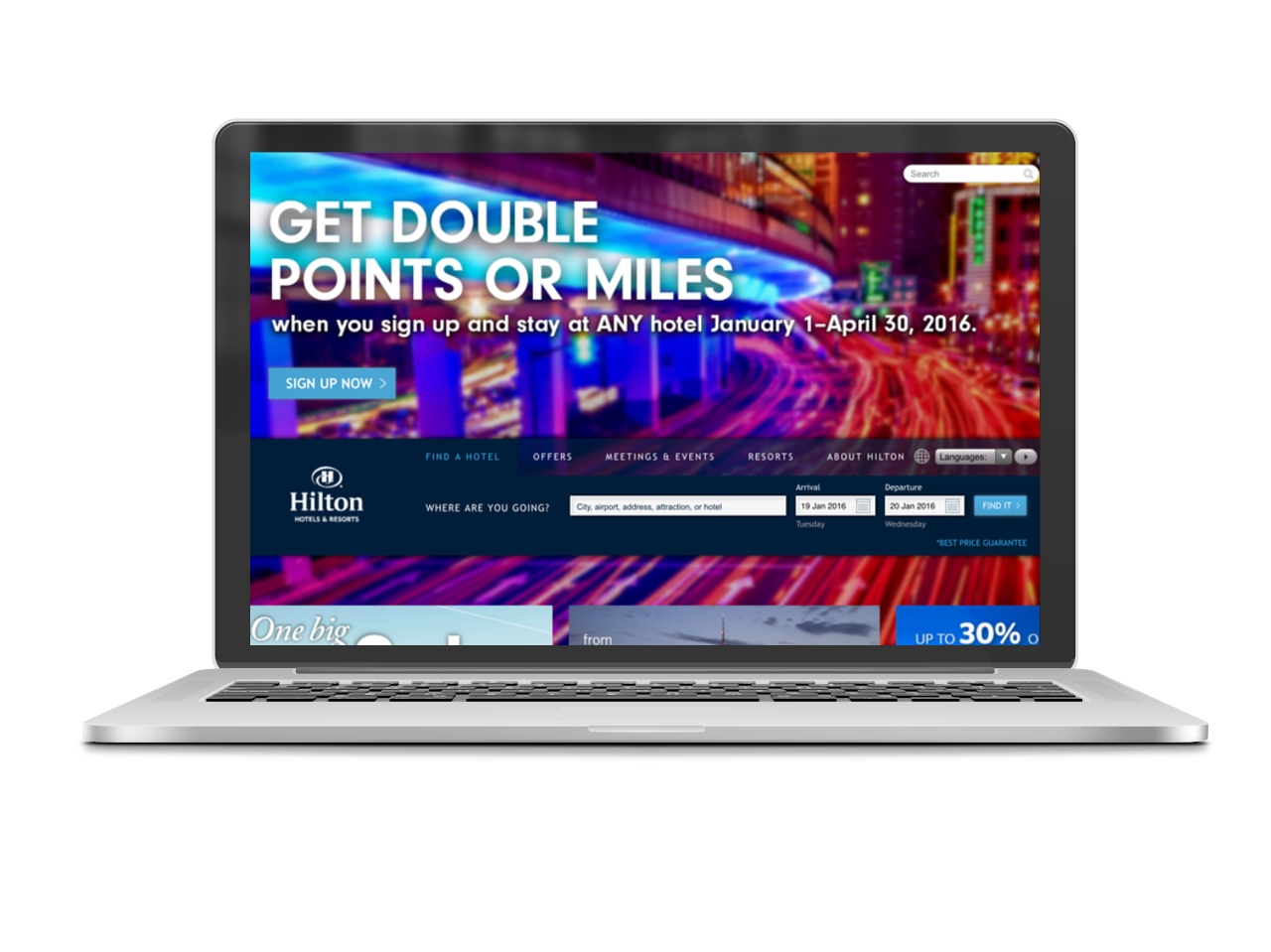 Skift Take
Rate parity and most-favored nation provisions are slowly fading as Marriott and Hilton offer lower rates to new and existing loyalty program members on their own sites than Expedia and Booking.com can. Don’t underplay the power of a several-dollar discount in the race toward bolstering loyalty-program rosters through the lure of bottom-of-the-heap pricing.
— Dennis Schaal
Share
Tweet
Share
Post
Send

Hilton Worldwide is making good on the concessions it won in negotiations last year with online travel agencies, including Expedia, and in so doing the chain has a potentially powerful tool for attracting direct bookings as it chips away at rate parity and most favored nation clauses.

What Hilton is doing at various times for some properties in a particular destination, including Chicago, New York and Miami, for brands such as Hilton, Hampton Inn, Hilton Garden Inn, Embassy Suites, Homewood Suites, Doubletree and possibly others is to offer on its own websites exclusive HHonors discounts of up to 10 percent off published rates.

The rates, which guests can change without penalty up to the usual cancellation deadlines and are fully refundable, may be 10 percent lower for the same property and dates on Expedia or Booking.com but at times the discounts are only $2 or $3 lower.

Hilton is aggressive about marketing these deals in terms of the messaging that accompany them online: “EXCLUSIVE LOWER RATE NOWHERE ELSE ONLINE. CHANGEABLE & REFUNDABLE.”

Despite the mere several-dollar differential in what Hilton is openly offering HHonors members online versus the rates that are available on online travel agency partner sites, rest assured that this is a major development because it diminishes the rate parity and most-favored-nation provisions that are under attack in Europe but have been virtually sacrosanct in the U.S.

Marriott International likewise has been doing something similar for more than a year but Marriott isn’t as aggressive in its messaging, merely touting Rewards Offers as an alternative to Standard Rates on its websites.

The offers were to closed groups and weren’t visible to all of humanity.

But now Marriott and Hilton Worldwide have won concessions to offers these lower rates to loyalty program members openly online — and not just via email — and on an ongoing basis.

What is Hilton’s rationale in offering lower rates on its own websites to its most-loyal customers than it offers elsewhere? Won’t it be diluting the rates that it could otherwise get from its business travel customers?

Hilton’s apparent reasoning is likely several-fold. To get the HHonors discounts, consumers obviously have to be loyalty program members. So to take advantage of the discounts consumers need to join HHonors and the marketing/acquisition costs associated with enticing consumers to join the loyalty program outside of this discount environment are likely considerably higher than Hilton giving up revenue in the several-dollar discount.

The discount incentivizes travelers to book on Hilton Worldwide websites so the chain could potentially steal share from Expedia and Booking.com. Don’t downplay how impactful a rate of a few dollars less than competitors’ can potentially impact market share trends.

And while business travelers generally expense their hotel stays, when they shop around as leisure travelers and presumably are more price-sensitive, the discounts amount to  another reason to book on Hilton websites without straying elsewhere to a third-party channel for a deal.

These are the premises, along with the prospect of enhanced conversion rates, that Hilton is presumably testing as it scale up its exclusive HHonors discounts to more markets and brands.

In the screenshot below from Hilton.com for a January 31 stay in Chicago, you can see that the Hilton Chicago offers an exclusive $2 HHonors discount at a rate of $97, which is “the lowest price” and it is obtainable “only when you book direct.” If you are not a HHonors member or are not signed in the messaging would say, “Join while you book.”

Incidentally, you can see below that the Hilton Chicago/Magnificent Mile Suites is not offering a HHonors discount for its nonrefundable rate of $79. Hilton is therefore offering these exclusive discounts tactically as it sees fit. The HHonors discount for the Hilton Chicago, as shown below, is for a king bed at $97 per night. It comes with free basic Wi-Fi, and the rate is “changeable & refundable.” Hilton touts the rate as an “EXCLUSIVE LOWER RATE NOWHERE ELSE ONLINE.” That boast would have been heresy in the prior era of orthodox rate parity and would have brought a spanking from an aggrieved online travel agency if it contradicted hotel-online travel agency contract provisions. As you can see from the Expedia screenshot below, its $99 rate for a king bed at the Hilton Chicago is $2 higher than what Hilton.com is offering.

It is the same story at Booking.com, as seen below, where the rate for a king room at the Hilton Chicago on January 31 is $99, the same as on Expedia.com but $2 higher than what’s available on Hilton.com.

Marriott has been offering exclusive discounts for Marriott Rewards members on its own websites for more than a year. Marriott apparently won this concession from online travel agency partners in negotiating rounds earlier than Hilton managed to do. The $152 nightly rate at the Residence Inn on Marriott.com for a January 31 stay in a studio with a king bed is $17 lower than was offered on Expedia.com and Booking.com. Notice that the Marriott Rewards Member Exclusive Offer is presented in a somewhat more subdued manner than how Hilton touts its discounts, with messaging such as Hilton’s “lower rate nowhere else online.” Marriott merely touts its best rate guarantee in tandem with its Marriott Rewards Member Exclusive Offer. Instead of saying you will find this rate “nowhere else,” as Hilton does, Marriott states, “if you find a lower rate, we’ll match it. Give you 25% off.”

Major chains such as Hilton Worldwide and Marriott International are serious about taking back share from online travel agencies, as evidenced in the exclusive discounts they are openly offering members of their loyalty programs.

The degree to which they are able to shift share toward direct bookings, as opposed to online travel agency bookings, remains to be seen.

But the days of major hotel chains tiptoeing around in order to offer lower rates than online travel agencies on the hotels’ own websites to the millions of members of their loyalty programs is becoming an historical anachronism.

Hilton, Marriott and likely other chains are entering new territory in the ongoing booking wars.