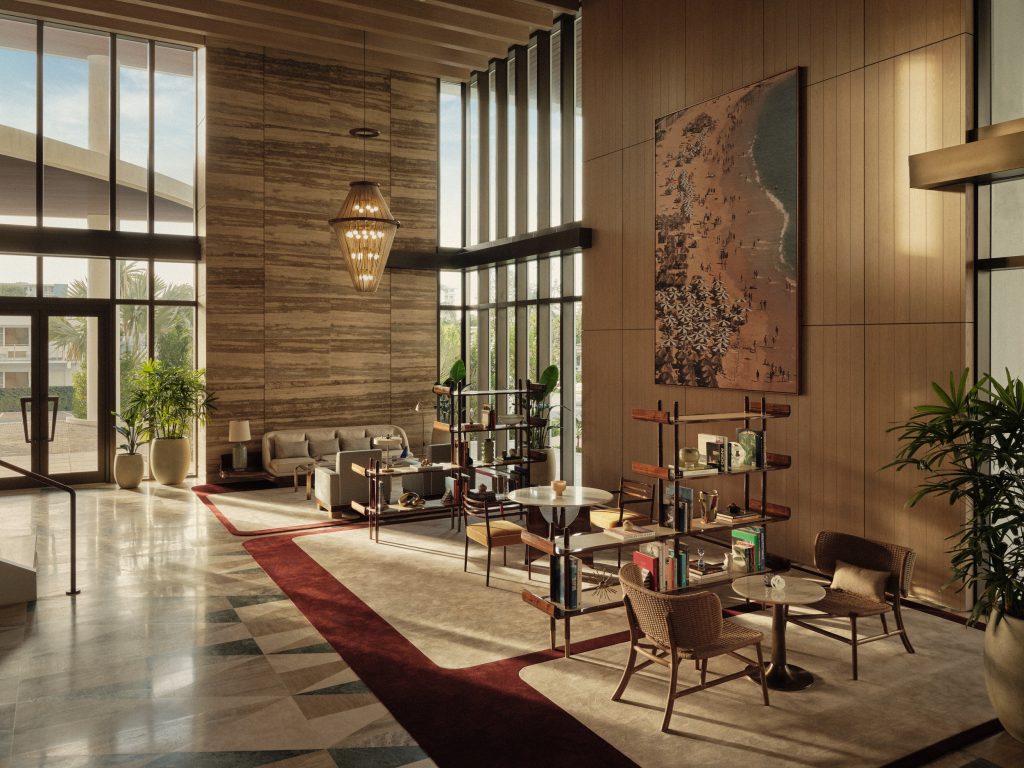 Luxury brand Four Seasons believes strongly that guests who are spending more money need to be pampered a little, says its chief commercial officer. But it is smart to shy away from certain types of tech because of that?

Red Roof, Motel 6, and Extended Stay have all implemented software to reduce the need for workers.

Those brands and others have added features like contactless check-in to maximize efficiency, and third-party software companies and startups have been growing as a result.

That will not happen at properties managed by luxury brand Four Seasons.

The company is implementing new tech in other ways, but human interaction is part of what guests expect at the luxury brand, said Marc Speichert, executive vice president and chief commercial officer of Four Seasons.

“That human nature of the brand is incredibly important, and so there’s absolutely zero intent to automate interactions. That’s why people come to Four Seasons,” said Speichert, who was hired in May 2021.

“I don’t think we’re looking at it through the lens of driving efficiencies or automating things because guests love the high-touch interaction that they have with us.”

Four Seasons has, however, been continuing investment in a chat function meant to help guests more efficiently connect with the proper staff for particular needs, no bots included.

“We’re pretty convinced that the future is chat,” Speichert said.

Used primarily at this point by guests who have already checked in, the chat function works by routing guests directly to the person who can best answer their question, like how to set a spa appointment.

Use of that communication channel by guests has quadrupled over the past four years, he said.

“People want more interactions that are digital but that are humanly powered at the same time,” Speichert said. “That’s been a big shift that we’re seeing happening and want to make sure we’re continuing to capitalize on and enhance.”

Executives have been calling that approach “EI meets AI” — emotional intelligence meets artificial intelligence, he said. In other words, the tech is meant to enhance human interaction, not replace it.

That path is part of what the brand has uncovered over the past few years as it has worked to determine who its ideal guests are and how they can attract more bookings from them.

Four Seasons has analyzed data from two million guests over the last three years to guide these strategies, he said. The company last month appointed Alejandro Reynal as CEO and president with a push to improve its use of data.

“I’ve never had as much data in my career that I have here, which was incredible,” Speichert said.

It makes sense that Four Seasons is investing to automate at least part of its business, said Max Starkov, a hotel tech consultant and industry veteran.

One, it appeases the digital-savvy traveler, but it could also help combat workforce shortage to a certain extent. A recent industry survey found that 91 percent of hotels are still unable to fill open positions. And Four Seasons is not immune to the workforce shortage, he added.

There are 2,000 jobs posted on the Four Seasons website.

Hotels generally have been behind the times in tech adoption. From his view, that’s a mistake.

“The main reason, I believe, is the lack of understanding how technology helps customer service,” Starkov said. “It has always been considered as contrary to customer service.”

Next, Four Seasons is considering how to help guests more seamlessly close the loop on making extra bookings, like for car rentals, through that chat, Speichert said.

The company is also looking at how it can use tech to more effectively share information within the Four Seasons network. The company is connecting its reservation office to the chat, for example, so workers there can help guests book rooms when hotels are too busy.

“That helps the hotels free up some of the capacity that they would have had to apply to the chat conversations,” Speichert said.

Company executives are also considering where else to enhance tech in the business, leveraging partnerships where it can. Salesforce powers Golden, the Four Seasons system-wide guest management software. And Microsoft has powered the data analyzation Four Seasons has been performing.

Skift reported last year that an affiliate of Cascade Investment, the investment group controlled by Microsoft co-founder Bill Gates, would boost its investment to a majority ownership stake in Four Seasons Hotels and Resorts for more than $2 billion.

As tech investment moves forward, he said the company will consider additional partnerships with both older software companies and well as startups.

“It’s very much of a mix,” he said. “Not necessarily tapping into one or the other, but it’s about just putting some more systematic approach in terms of bringing ‘agile’ into the conversation so that we can be nimble and faster.”

Photo credit: The lobby of the Four Seasons Fort Lauderdale (pictured) is one of more than 120 Four Seasons properties. Tara Bernerd & Partners