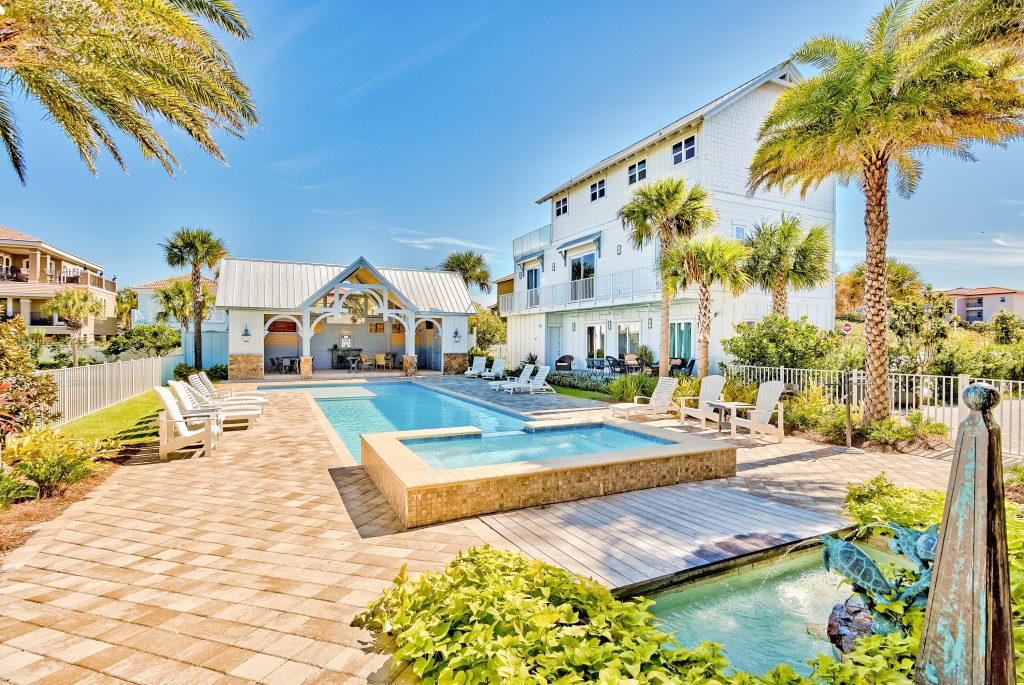 Vacasa was ripe for a leadership change, if for nothing else but to shake things up. Let's see if Greyber can up the company's execution game.

Vacasa announced the CEO change Wednesday, saying a succession planning process got under way earlier in the year, and that Greyber, who will also take over Roberts’ slot on the board of directors, will assume his new CEO duties September 6.

Roberts said he’s leaving Vacasa to spend more time with his family, and that he’s “going back to being retired,” referring to his status prior to becoming Vacasa’s interim CEO in February 2020, and CEO shortly thereafter.

In an interview with Skift Tuesday, Greyber didn’t criticize his predecessor, but said execution is very important in a company in Vacasa’s position, and that sometimes execution is even more important than strategy. Skift also interviewed Roberts and Greyber’s former boss, ex-Expedia Group CEO Dara Khosrowshahi, who now heads Uber.

As Greyber said was the dynamic during his 11-year tenure from 2009 to 2020 as president of Egencia, which was then Expedia Group’s corporate travel unit, data and software advantages can flow to leading companies.

“The advantage accrues almost inevitably to the leader,” Greyber said, referring to Vacasa’s top position in property management of vacation rentals in North America, and the company’s tech.

It needs to be noted, however, that critics don’t agree that Vacasa has tech advantages over some other players.

Vacasa went public through a blank check merger in December 2022, and had earlier pegged its valuation at $4.5 billion. The company’s shares began trading at around $9.80 per share, but over the course of 2022, its share price sunk to as low as $2.42.

There was a rumor several weeks ago that Vacasa would announce Robert’s departure at its second quarter earrings announcement August 10, but the company responded to a Skift inquiry that it had nothing to announce.

Vacasa wasn’t alone in this trajectory as investors tired of companies that notched quarterly losses in the name of rapid growth. Vacasa’s share price bounced back with a relatively strong second quarter report earlier this month, and its stock price closed Tuesday at $4.83 with a $2.15 billion market cap.

Greyber had recently been working for a firm looking to make a special purpose acquisition company deal that never got consummated. He seemed non-plussed about the fate of Vacasa’s share price over the last few months.

“The path you take is very different from the path that takes you forward,” Greyber said.

During the second quarter, Vacasa had a somewhat challenging integration of Salesforce software, and restructured its sales team, eliminating around 25 positions, and hinted that further cuts may be looming, depending on productivity.

“Change management takes work and you plan for it,” Greyber said when asked about the Salesforce integration.

Roberts, who was CEO of dining reservations platform OpenTable when it was sold to Booking Holdings in 2014 for $2.6 billion, said he’s proud of his track record at Vacasa.

He cited scaling down and then back up during the pandemic, acquiring rival TurnKey in 2021, taking Vacasa public, and Vacasa’s 2022 adjusted earnings guidance (negative $7 million to breakeven).

If Vacasa breaks even for 2022, then “that’s a full year ahead” of what the company envisioned in July 2021 when it announced its intent to go public, Roberts said.

Roberts, who said he remains a “significant” shareholder in the company, said the stock market will “appropriately value” Vacasa’s shares over the long term.

“The company has done nothing but over-performance,” he argued.

He said the company’s fundamentals are solid. “We are on a journey that is awesome,” Roberts said. “We are growing and the momentum is fantastic.”

Asked whether there were things he would have done differently at Vacasa, Roberts said there is nothing he wanted to cite specifically, adding there are “puts and takes” in running any business.

Did Vacasa ramp up its sales hiring too rapidly earlier in the year? It hired 200 in the first six months of 2022.

Roberts said he doesn’t look back on the hirings with any regrets. “I’m proud of the execution of the team across the board,” he said.

As a board member, Roberts said he played a role in Greyber’s hiring, and Greyber said he began talking with Vacasa about the position in the second quarter.

“So this is just a perfect time under Rob, who will do a fantastic job,” Roberts said.

Former Expedia Group CEO Dara Khosrowshahi is bullish on Greyber’s potential at Vacasa. Greyber was part of the Group’s leadership team, and worked under Khosrowshahi at Egencia for years until Khosrowshahi left for Uber several years ago.

“Rob ran Egencia for 10 years for me and what struck me is there are certain executives who are highly strategic but can’t execute as well, and then there are some executives who are hardcore on execution but not strong on strategy,” Khosrowshahi said. “Rob brings both to the table. He’s very strategic, he always got that team aligned. He’s always looking forward three to five years, which is great.”

Under Greyber, Egencia became a force in tech-enabled corporate travel, although its luster may have faded in recent years. Once one of the standouts in the Expedia Group portfolio, Expedia Group sold Egencia as a non-core asset to American Express Global Business Travel a year-and-a-half after Greyber left in November 2021.

Greyber’s departure from Egencia seemed awkward, at best, with Egencia emailing customers that it was “taking steps to strengthen our ability to remain agile and flexible.”

Asked about Greyber’s departure from Egencia in 2020, Khosrowshahi said he wasn’t there at the time, and “By any metric, Rob had a great run.”

Greyber said he’d been at Expedia for nearly 17 years, and he oversaw getting the business safely on the ground in terms of disrupted trips, and employee safety during the very initial stages of Covid-19. Did he want to be there for the “takeoff,” he asked rhetorically?

There is never a perfect time to leave, and “it was just the right time for the business,” Greyber said.

Greyber said he sees many parallels between Egencia and Vacasa: Both had a fragmented group of legacy players sometimes resistant to technological change, and the two were well-positioned in growing, global categories.

At Egencia, Greyber helped expand its reach from five to 65 countries. Vacasa scaled back some of its international footprint under Roberts, but perhaps that will be on its agenda again — assuming it wouldn’t come with too much red ink.