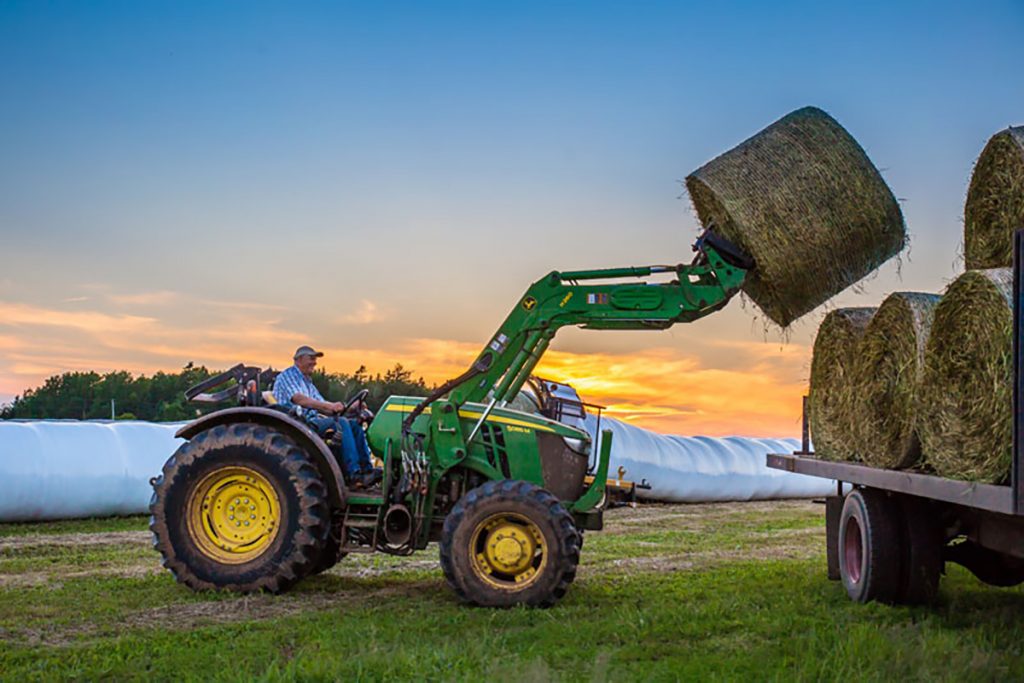 On Prince Edward Island, Mary Robinson, president of The Canadian Federation of Agriculture, is helping the island cement its role as a thriving hub for Canada’s agribusiness sector and a world leader in addressing climate change.

Mary Robinson, a sixth-generation farmer based on Prince Edward Island (PEI), Canada’s smallest province, remembers being a child watching her father scan a bag of potatoes through the X-ray machine at Charlottetown Airport, the island’s largest airport.

He would check them for “hollow heart,” a defect that can arise at the center of a potato when it grows too fast. At the time, this practice was innovative. Now, using X-ray technology has become very commonplace in agricultural firms, as well as on packing ships. For Robinson, seeing these technologies in action brings back memories of her family’s farming days on the island.

Today, innovation is thriving in a different setting — at the International Potato Technology Expo, an agricultural event held bi-annually on PEI. The province is a flourishing center for Canada’s agribusiness sector, making it a natural draw for business events and expos.

“I think anyone who attends an expo where agriculture equipment— and new technology that has been developed within that vein — is showcased cannot help but say, ‘wow, it is spectacular,’” Robinson said. “That kind of technology, growth, and development is like a rocket shooting into space, and it’s so exciting.”

As president of The Canadian Federation of Agriculture, Robinson is heavily involved in bringing farmers, businesses, and government officials together to advocate for, and encourage, innovative solutions within the agriculture industry.

PEI is unique in being both the most densely populated province in Canada, as well as highly agricultural, with farms covering 42.5 percent of its land area. The island is one of Canada’s premium potato-producing regions, and farmers also produce fruit, livestock, honey, tulips, wine grapes, soybeans, barley, and hay, among many other products. Robinson’s family has been farming here since 1810 on a tract of land located at the foot of the Confederation Bridge, which connects PEI to the mainland.

Like the Robinson farm, most of the land on the island is held by private landowners, so cooperation and mutual responsibility among all the closely-packed farms is essential. Collaboration defines the province’s approach to business.

This coordination is facilitated, in part, by The Canadian Federation of Agriculture, which represents about 200,000 farm families across the country, as well as by the various agricultural institutions on PEI. These include the Living Laboratories Initiative run by the non-profit East Prince Agri-Environment Association, Canada’s Smartest Kitchen, the Bio Food Tech Center, and the Atlantic Beef Plant.

“There’s a lot of awareness as to what is going on on the island,” Robinson said. “And a lot of people have opinions on it. I think PEI has done a great job of bringing together voices that sometimes aren’t in harmony, but that have the same goals when you get down to it.”

The province’s innovation ecosystem is a mutually beneficial collaboration between many stakeholders. This network helps PEI’s agribusiness community improve agriculture practices and tackle global issues, such as climate change.

The island is not far above sea level, so, as Robinson explained, “we’re acutely aware of… that feeling where you’re in a sand castle and the tide is coming in.”

This feeling is one shared by many in PEI, and a range of organizations on the island are doing their part to help solve this global crisis. For example, The University of Prince Edward Island’s Climate Lab conducts a range of programs and partnerships to analyze the effects of climate change. Other initiatives, like the work being done by Picketa Systems, are helping reduce nitrous oxide emissions from fertilizer, and contributing toward the Canadian government’s climate change goals. There is also significant public and private investment in the development of crop varieties that are drought tolerant, resistant to pests, and better able to adapt to a changing climate.

Thanks to the work being done by industry, academia, government, and research institutions, PEI’s agricultural sector has taken its place as a vital hub of knowledge and innovation on the world stage.

As such, events from across the world are flocking to PEI to hear from the province’s exceptional keynote speakers, engage in enlightening site visits and to connect with an ever growing community of food producers, scientists and other industry experts.

One such example is the North American European Union Agricultural Conference which will be held in Charlottetown, PEI’s capital city, in September 2023. The conference, which alternates between North America and Europe every two years, will be a chance for the PEI agricultural community to “showcase our industry and our province to the world,” said Robinson.

Are you an event decision maker in the agribusiness sector? Click here to learn how you can tap into Canada’s innovative agriculture ecosystem and elevate your next event or conference.