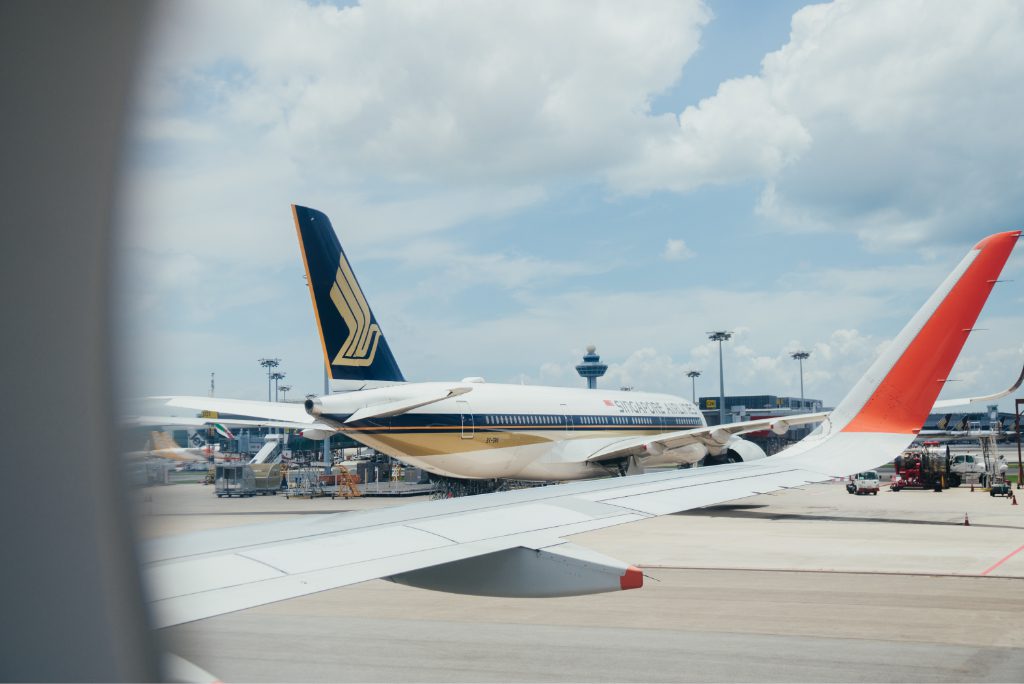 Airlines are increasingly using application programming interfaces, or APIs, to distribute their fares. That could let Amazon and other companies more easily sell tickets. That opens up an opportunity for tech players.

There’s a widely-used data-sharing tool that airlines have been slow to adopt, even though it could improve their fare distribution to retailers like Amazon. So a London-based startup called Duffel launched a platform on Thursday to try to change that dynamic.

First, some context: Whether you’re a hotel or cruise line looking to sell flights or a company like Amazon experimenting with selling flights, you might prefer to use application programming interfaces, or APIs. Software engineers have long relied on APIs in sectors such as advertising and financial technology, but traditional network airlines have only rarely used this data-sharing tool to distribute airfares.

An API is like a data feed any company can plug into. If an airline creates a robust API, then any modern merchant can plug in and start selling. That means that a retailer like Amazon or a non-airline travel supplier such as Accor or Carnival could more easily sell flights as a sideline.

The data-sharing technique could make the selling of flights outside of travel agencies more widespread. Some travel sellers like Google and Skyscanner are pushing airlines to make it standard practice.

Yet practical issues, such as commercial terms, regulatory issues, and customer servicing, have held up the adoption of the data-sharing method for selling plane tickets.

A case in point: Rather than use APIs from airlines, Amazon instead outsources its sales of plane tickets in India to online travel agency Cleartrip, which handles all the non-technical wrinkles.

Duffel is trying to intervene to make API usage more common. It aims to let companies such as banks, retailers, or hotel brands resell plane tickets by connecting via its platform.

The startup claims it makes the process simpler than today’s more common method of airlines distributing their fares via global distribution systems like Amadeus, Sabre, and Travelport, who then onwardly distribute the fares to online travel agencies and metasearch sites, who then sometimes sell the fares on an affiliate or similar basis on other sites.

“In recent years in payments, telecom, and financial services, you’ve seen new players come to the market and show that if you democratize access to systems, great things happen,” said co-founder and CEO Steve Domin. “That’s what we’re trying to do with travel booking.”

To be clear, APIs aren’t new. But there are two new trends: Network carriers are building better APIs now (sometimes with the help of companies like Amadeus). Duffel and other tech players are “normalizing” and “aggregating” the APIs and making them self-service for resellers that are new to selling flights and helping them access the APIs more easily — or so they promise. Duffel, which raised $51.5 million in funding last year, isn’t the only company taking advantage of APIs.

But Domin said in an interview its process is the most streamlined for potential resellers. Domin claimed that within ten minutes a software developer can get access to about 80 lines of code that they can add to a site and start selling flights and paid extras on more than 20 international airlines.

Domin touted that Duffel’s service includes content agreements with the airlines and accreditations to sell travel from the International Air Transport Association (IATA) and Airlines Reporting Corporation (ARC). He said that Domin automatically gives sellers the “ticketing plates”, so it saves companies time when trying to start selling flights quickly.

Whether a business needs additional licenses to sell flights with Duffel will depend on where they are and where the consumers they are selling to are located. For instance, in the UK, Germany, or Australia, you don’t need to be licensed to sell flights. But some countries such as France and other jurisdictions will require you to get a local travel agent license.

“We are planning to publish guides to help companies comply with these licensing requirements when they are mandated by the local or national government,” said Domin.

It’s not immediately obvious existing players are dissatisfied with their current arrangements to adopt something new. Duffel also only offers about 20 international airlines today, compared to the broader offerings elsewhere.

Still, companies new to selling flights might be wooed by Duffel’s marketing machine.

“What we do was possible before through signing up to consolidators and others, but we make it really, really, really quick,” Domin said. “For affiliate programs like Skyscanner, the experience that it offers users is quite a bit muted in some ways, in that they redirect shoppers to the airline websites, and that can be confusing.”

One of Duffel’s launch customers has been Pelikin, an Australian banking app. Its developers used Duffel’s self-serve platform to add a flight booking function to its app.

“We’ve been talking to private membership clubs that today offer resorts but would like to also offer flights,” Domin said.

Duffel uses a subscription model and a booking fee but doesn’t pay commissions.

“We’re trying to incentivize resellers to experiment to find a model that works for them,” Domin said. “Some charge service fees. Some add a markup. Subscription could be popular. We’re trying to move away from today’s common model of airlines paying middlemen and then the middlemen pass along some of the commission to agencies.”

Duffel is offering the first 1,000 bookings free to entice small companies to try the service. It lets resellers choose the currency they want to sell in, and it takes care of the currency conversion.

Some small travel agencies, such as France-based Ulysse, and Chile’s Milla, have plugged into the startup’s services.

Domin argued that some agencies have found that its platform works smoothly with the tools that travel agencies use for back-end processes, such as disruption management or booking transfers.

When a reseller wants to perform an operation not supported by the API, Duffel has a team of operations people.

“In some cases, there are complex changes that need to be made to a ticket and the technology hasn’t caught up to that yet, so we have people on hand to help,” Domin said.

For airlines starved for revenue during the pandemic, Duffel promises a streamlined process. One apparently happy customer is Cathay Pacific.

“At Cathay, it’s our brand vision to become a modern retailer, selling personalised air- and travel-related products to our customers,” said Allen So, Cathay’s head of distribution strategy. Cathy chose Duffel because of its “speed of integration, the limited resource requirements, and the ease at which its agents could connect with the API.”

Yet if airlines have built robust APIs, why wouldn’t resellers connect to those data feeds directly?

“There’s no reason for an Amazon, or a Booking or Expedia for that matter, to connect directly because, while there is a differentiation in the way you combine travel in your product, your product should be on top of this infrastructure for searching, booking, and cancellation,” Domin said. “The complexity is why companies always try to avoid the direct connections as much as possible.”

But aren’t most airlines too cash-starved right now to innovate with new distribution methods? Domin acknowledged the industry’s struggle. But he also pointed to some silver linings.

“All of the flight cancellations [because of the pandemic’s first wave in early 2020] prompted airlines to make a lot of investment in self-service rules for vouchers for canceled flights and for redeeming the vouchers,” Domin said. “There’s now a business case for them to push that further and expose those APIs to third-party resellers so that resellers can have the same self-service tools.”

So does Domin think that Amazon should drop an agency like Cleartrip and instead use his company to distribute flights in India or elsewhere? Domin acknowledged that by only having about 20 international carriers participating as of today his startup probably wouldn’t make it to the top of the list of tech partners Amazon would consider.

“But we’ve got more airlines in the pipeline,” Domin said. “Given enough time, we’ll get to that stage where we’ll make sense to be a partner even to an Amazon.”

“If you’re an Amazon or a hotel company that’s sold a traveler a flight, can you on the day of departure offer the customer some ancillaries, such as access to a fast-track through security? Quick and robust APIs open a massive opportunity.”