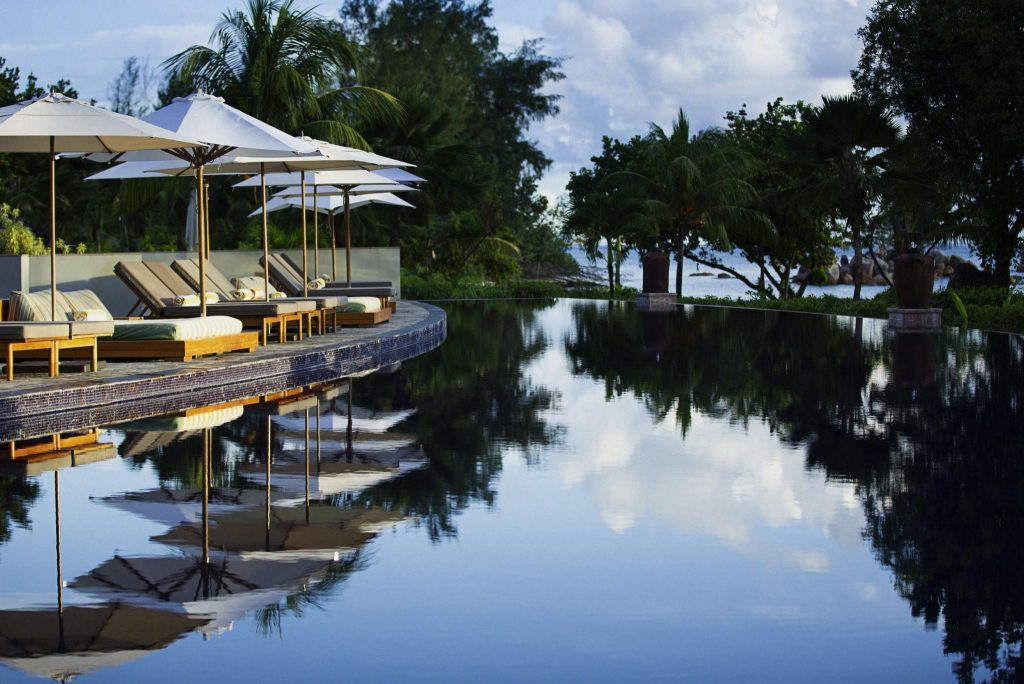 Skift Take
Although CEO Sébastien Bazin said the transformation of Accor was pretty much done, he’s not taking his foot off the pedal just yet in terms of moving the company more toward the luxury and lifestyle end of the hospitality market.
— Patrick Whyte
Share
Tweet
Share
Post
Send

Accor CEO Sébastien Bazin has vowed to keep accelerating the company’s luxury evolution even as he called its transformation under his tenure “over.”

Since 2014, Accor has almost doubled the fee revenue it took from its luxury and upscale business segment, and this is only going to continue over the coming years.

While the segment only accounts for around 35 percent of the company’s room pipeline — slightly less than its midscale brands — it translates to a much higher percentage in terms of revenue generated.

Accor’s top-end brands include the likes of Fairmont and Raffles as well as Delano and SLS through its stake in SBE Entertainment Group.

“Fifty percent of the fees of Accor will be coming from upscale and luxury, even though it’s less in number of rooms,” Bazin told analyst on an earnings call on Thursday.

Accor has moved from a European-focused, asset heavy, midscale/economy hotel company to something quite different.

Having sold most of its real estate, Accor is now almost entirely asset light, it is focused much more on higher-end properties and has a much wider spread in terms of geography with significant growth in regions like Asia-Pacific and the Middle East.

Like other travel and hospitality firms with exposure to China, Accor expects to take a financial hit as a result of the outbreak. At the moment the figure stands at around $5.4 million (€5 million), relating to loss of hotel fee revenue.

“Could it be much more? Of course, it’s certainly going to be depending on… how long that those difficult time will last,” Bazin said,

Currently, Greater China, which includes Hong Kong and Macau, is only about 3 percent of Accor’s total revenue with the number of rooms slightly above 10 percent

Bazin said that there had been “no impact so far on any activity of Accor outside of Asia-Pacific.”

And even within the region the picture is mixed.

“Of course, there is some spillover in between what’s happening in Greater China and what’s happening elsewhere. I can only tell you, I don’t have a number, for one reason it’s because it depends enormously on countries,” Bazin said.

“It has a very different impact in Korea or Japan or Australia or Bangkok or Kuala Lumpur or Singapore, some benefit, some don’t benefit. There’s a lot of, actually, cancellation, there’s a lot of rebooking, changing destination, we’ll have a much better grasp on impact on Asia-Pacific for Accor, probably within the next 20 to 30 days.”

At least 2,126 people have died from the virus with almost all occurring in mainland China. More than 75,000 people have been infected across the world.

Many of Accor’s multiple acquisitions — like its stake in Huazhu — have turned out pretty well, others, however, have struggled.

Accor lumped all its non-hotel brands such as concierge service John Paul and private rentals company Onefinestay into its New Businesses division, and while the performance has improved this year — losses (EBITDA) cut by 90 percent to $2.2 million (€2 million) — Accor still isn’t happy.

Jean-Jacques Morin, Accor’s chief financial officer, said on the earnings call that the issue was really only with two companies.

Accor is now conducting what it calls a “partnership strategic review” into at least three of its businesses: Onefinestay, John Paul and D-Edge, the new name for the merged technology companies Availpro and Fastbooking.

Bazin later added that with regards to D-Edge, Accor was looking at a potential investment partner to help it “grow faster” and “expand in new geographies.”

A number of moving parts across the business make it difficult to pin down Accor’s profitability. Accor’s operating profit for the 12 months to the end of December 2019, increased by a substantial 343 percent to $732 million (€678 million) thanks to a gain on the sale of its stake in Chinese hotel group Huazhu, which brought in $325 million (€301 million). The bottom line, i.e. net profit, however, fell by 79 percent to $501 million (€464 million), but this was down to the 2018 figures getting a boost from the sale of Accor’s property business, AccorInvest.

Morin said visitor numbers had been hurt, and this was partially down to the bushfires that have ravaged the country.