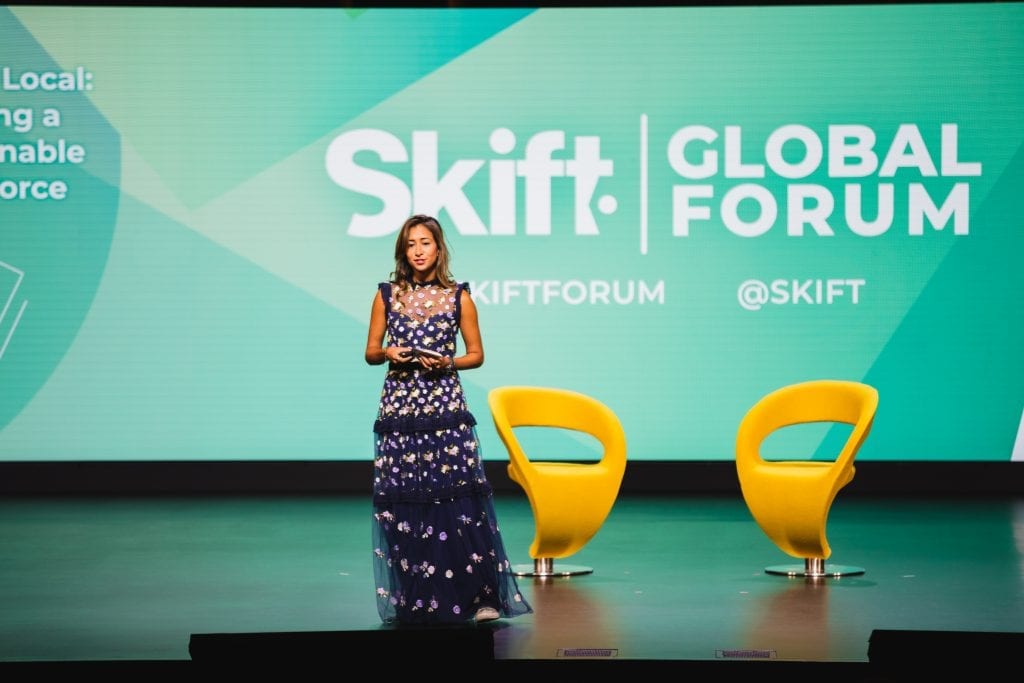 The hospitality industry is based on service, but Saira Hospitality has found a way to expand the meaning of that service to both the guest and the local community.

The hospitality industry has a business problem: the average rate of staff turnover is 73.8 percent, and it costs nearly $6,000 to replace a front-of-house employee.

But it also has an ethics problem. As Harsha L’Acqua, CEO of Saira Hospitality, said at Skift Global Forum 2019 in New York City on Thursday, “outside every luxury resort and destination, there’s struggle, there is someone on the outside looking in, there is someone who needs education.”

To answer both that business and humanitarian issue, Saira Hospitality operates pop-up hospitality training schools in various locations around the world, including Mexico, the British Virgin Islands, and soon, Namibia. Saira’s goal is to give local community members the skills and confidence to gain employment in the luxury hospitality sector.

Launched as a pilot program in 2015, the nonprofit has had 175 graduates so far and worked with brands including Rosewood Hotel Group, Four Seasons Hotel and Resorts, as well as the Autograph Collection. It operates on the idea that the best, most loyal employees that luxury resorts can hire in a given location are the people who already call that place home. L’Acqua says 91 percent of Saira’s graduates are employed or in full-time education.

Saira tailors its curriculum and approach based on the location, local culture, and needs of the hotel operator. For example, in the British Virgin Islands — where Richard Branson has been supporting the initiative — L’Acqua said Saira has worked to overcome the perception that “serving is not service, it’s servitude.” By taking local students to experience the kinds of fine dining and luxury environments that are familiar to guests, Saira introduces them to the idea that they too have the opportunity to benefit from luxury hospitality.

Saira Hospitality is a nonprofit, but it’s not entirely dependent on donations. Its revenue comes primarily from hotel operators who pay for Saira to train would-be hires, as well government bodies, tourism boards, and some fundraising.

L’Acqua, who was formerly the director of marketing for Six Senses Resorts and Residences in Asia, said she “fell in love with luxury” but wanted a way to combine it with a deeper form of service. It was then that she realized that “hospitality and nonprofits are … connected by service — service to the guests and service to humanity.”

She added at the end of her session: “Talent is distributed evenly across the world, but opportunity is not.”