The Rise of Wellness at South by Southwest 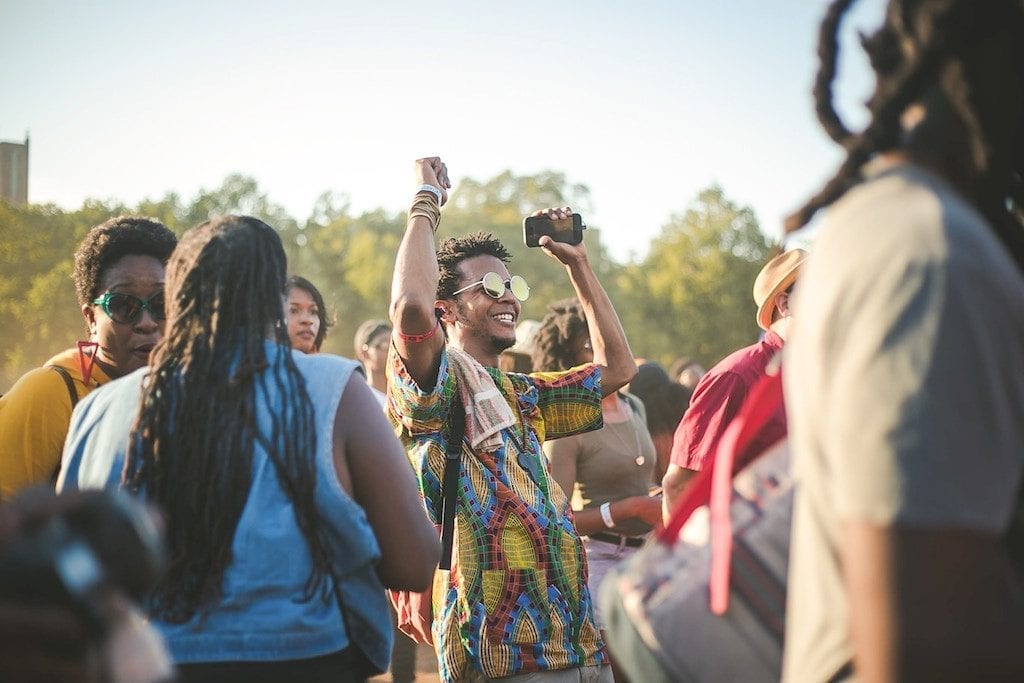 The dramatic uptick in companies that want a space at South by Southwest’s Wellness Expo reflects the rise of the industry and shows how brands are increasingly trying to reach this wellness-minded audience.

South by Southwest used to be known as a music festival with film premieres and tech activations. But there’s a new industry in town: wellness. In a sign of the sector’s rise, the festival launched a Wellness Expo last year, and a number of brands hopped on board.

The SXSW Wellness Expo has since grown exponentially. According to the festival’s director of global sales and exhibitions, it took up about half of Austin’s Palmer Events Center last year. This year, it fills up the entire 125,000-square-foot space, with companies clambering to reach a wellness-minded audience.

The jam-packed center offers event-goers seemingly endless ways to get their wellness fix, such as listening to a guided meditation track at Miraval’s booth, attending a panel with Gail Becker, CEO and founder of Caulipower, which makes cauliflower crust pizzas, or meeting with Michelle Stafford, actress on General Hospital and founder of the organic skin-care line Skin Nation.

Michelob Ultra also made an appearance at the event, leading a (surprise!) guided meditation session and promoting its Pure Gold organic beer that tallies a mere 85 calories. It’s a smart move for Michelob to have a presence at the expo, considering more beer companies are trying to find a place in the wellness space as beer consumption declines in the U.S.

As SXSW comes to a close on Sunday, event planners will probably hear from brands that want in on next year’s expo. Our guess: In 2020, they’re going to need a bigger event space. Wellness Is on the Rise at South by Southwest: It seems like almost every wellness brand wants a spot at SXSW. This year, festival-goers can, for example, hydrate with Dirty Lemon drinks, take a Box & Flow fitness class from Lululemon, or pick up sleep patches at Miraval’s booth. This is the second time SXSW has featured a Wellness Expo, and it doubled in size this year with 171 brands participating, compared with 80 brands in 2018. The increase likely reflects the wellness industry’s overall surge. Read more here.

Calm Sees Itself as More Than a Meditation App: Yes, Calm has found success since it launched in 2012, scoring more than 40 million app downloads and winning Apple’s 2017 App of the Year Award (no easy feat). But the brand wants to be more than just an app. For example, it has started The Calm Schools Initiative, which provides meditation tools to teachers all over the world. It’s also toying with brick-and-mortar plans. “We’d love to do Calm hotels,” said the co-founder Michael Acton Smith at a SXSW panel. Read more here.

The Anxiety Economy Shows No Signs of Slowing Down: You have squeeze toys to clutch when you’re stressed, fidget spinners to spin when you’re, well, fidgety, and let’s not forget weighted blankets to pile on when you can’t sleep. The anxiety economy has become a multimillion dollar industry, and thanks to all the hype around CBD and its purported calming benefits, the sector is only predicted to rise. Experts wonder, however, whether the anxiety relief people feel comes from a placebo effect or from the actual products. Read more here.

The Beer Industry Makes a Move Into Wellness: Move over charcoal water. The beer industry hopes to position brews as the next good-for-you drink. This shift comes as Americans are consuming less beer –– reports show volumes were down 1.5 percent in 2018 after a 1.1 percent decline in 2017, due in part to the growing wellness trend. To adapt, beer brands are creating new wellness-inspired brews (like low-cal or alcohol-free drinks) and buying startups. Sierra Nevada Brewing Company recently picked up Sufferfest Beer Company, a brand marketed as a post-workout recovery drink. Read more here.

LaCroix’s Parent Company Sees Drop in Sales, CEO Cites ‘Injustice’: The National Beverage Corp., which owns LaCroix Sparkling Water, known for its popularity among the wellness set, reported a slight decline in sales over three months ending in January — the first time that’s happened in five years, Bloomberg reports. The CEO and owner explained the slump in an odd statement as “the result of injustice!” In reality, more competitors in the sparkling category, a buzzy lawsuit, and unrealistic expectations may be to blame. Read more here.

23andMe to Offer Diabetes Testing, Though Experts Wonder Who Really Benefits: As of this week, 23andMe customers can now find out if they’re at an elevated risk for type 2 diabetes. The at-home genetic testing kit company uses a polygenic algorithm, which takes thousands of variants in a person’s genome into account to calculate the odds of developing the disease. But the algorithm isn’t accurate for those with non-European backgrounds –– particularly African-Americans –– and some experts question the report’s actual value, considering one of the biggest risk factors for type 2 diabetes is weight. Read more here.

CBD Company Charlotte’s Web Gains Further Momentum From the Farm Bill: The seven brothers who own Charlotte’s Web have seen it go from a small-scale CBD operation to one that’s had sales triple every year since 2015. Much of the company’s early fame came from a CNN special with Sanjay Gupta, featuring a girl (named Charlotte) who suffered from a rare form of epilepsy and found relief with the product. Now, the 2018 Farm Bill in the U.S. puts the company in a position for further growth. The brothers even hope to open a tourist destination for fans to try out the product. Read more here.

Photo credit: A man is shown attending a festival. The number of wellness brands participating in SXSW is on the rise. @v_well / Unsplash