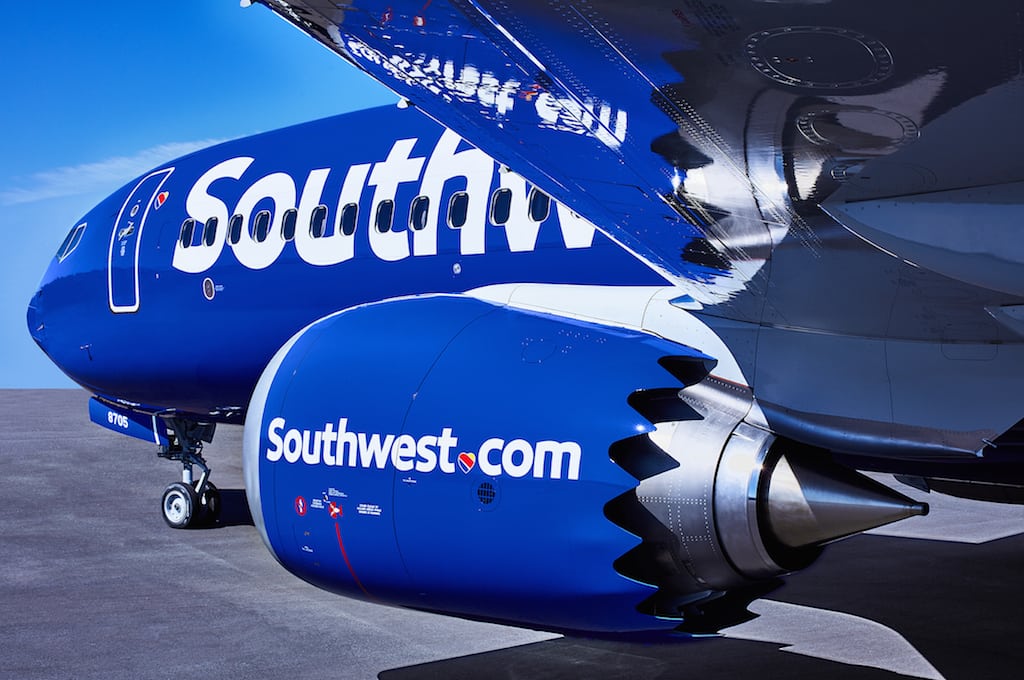 Skift Take
U.S. airlines have so far decided not to ground their Boeing 737 Max jets. Will they continue to hold off? Or will they err on the side of caution?
— Brian Sumers
Share
Tweet
Share
Post
Send

Even as Aeromexico grounded its Boeing 737-8 Max fleet on Monday night, becoming the first North American operator to stop flying the jet, U.S. airlines remained committed to it. They say they’re confident in the technologically advanced airplane, even amid growing concerns and new calls for caution.

It is not clear what, if any, financial impact grounding the new Boeing jets might have on the bottom line for airlines, particularly since the 737-8 Max jets represent a relatively small percentage of their total fleets. No U.S. airlines yet have said publicly they are cancelling orders for the new jet.

The situation is unusual. While it’s not unprecedented for safety regulators or airlines to ground an airplane — the FAA told airlines not to fly the Boeing 787 in early 2013 because of concerns about lithium-ion batteries catching fire — they usually wait until they have facts about a specific problem.

In this case, however, some safety regulators and carriers erred on the side of caution, even though no one knows what happened Sunday in Ethiopia, or whether that crash and an October 2018 crash of a Lion Air Boeing 737 Max 8 were caused by the same problem.

After the Lion Air crash, investigators noted not all pilots had been trained in some of the aircraft’s advanced features. In the Lion Air crash, an automated system believed the aircraft was stalling because of a faulty sensor reading and corrected it by pushing the nose down. In November, the FAA issued an emergency airworthiness directive asking airlines to address the problem.

Citing two crashes in roughly five months, airlines in China, Singapore, Argentina, Ethiopia, and Brazil either decided voluntarily or were told by their regulator to temporarily ground the airplane by Monday.

As of Monday night, U.S. and European regulators had not asked airlines to ground the jets. But on Tuesday, the UK Civil Aviation Authority went a different direction, banning Boeing 737 Max aircraft from arriving, departing, or overflying UK airspace. Norwegian Air, which uses Max aircraft across Europe, decided to stop flying the jets at about the same time.

The FAA, meanwhile, reiterated guidelines it made to carriers last year after the Lion Air crash. But in a statement, it said it was still collecting data on what may have occurred in Ethiopia.

“External reports are drawing similarities between this accident and the Lion Air Flight 610 accident on Oct. 29, 2018,” the FAA said. “However, this investigation has just begun and to date we have not been provided data to draw any conclusions or take any actions.”

Some airlines that removed the Boeing 737 Max from service noted that they had no evidence suggesting the airplane is unsafe, but nonetheless wanted to be prudent. Aeromexico, which has six Max 8 aircraft, said in a statement it has “full confidence in the safety of the fleet” and found the airplane “safe and reliable.”

A few American politicians asked U.S. airlines to take a similar approach, if only to quell public uneasiness. U.S. Sen. Dianne Feinstein, D-California, said carriers should stop flying Max 8 jets, even if she acknowledged no one knows why the Ethiopian jet failed. She was joined by Sen. Richard Blumenthal, D-Connecticut.

As of Monday night, U.S. carriers had not yet been persuaded.

Southwest said it was in close contact with the FAA and Boeing. “We remain confident in the safety and airworthiness of the Max 8,” it said in a statement. “We don’t have any changes planned to our Max 8 operating plans.”

An American spokesman said the carrier has “full confidence in the aircraft and our crew members,” while a United spokesman said it has no plans to remove its 737 Max 9 from service.

“We are proud to say that we have the best pilots in the industry, and we have complete confidence in their ability to fly this aircraft safely,” United said in message to employees.

U.S. carriers typically look to the FAA for guidance, and likely will not ground the aircraft until they’re told to, said Jay Shabat, publisher of Skift Airline Weekly.

“These airlines take safety very seriously, so of course if they suspected that they had a real reason to believe this isn’t safe, they would ground it in a minute,” Shabat said. “They will take their direction from the FAA and so far the FAA has decided not to ground them.”

However, if one of the three airlines grounds its planes because of pressure from passengers or politicians, the others likely will follow.

U.S. airlines probably would take a hit to revenue if they were forced to stop flying the jets.

But because the airplane is so new — Boeing delivered its first MAX fewer than two years ago — no U.S. carrier has many of them. Southwest has the most Max 8s in the United States, with 34, while American has 24.

So while it would not be ideal, all three airlines could probably operate close to normal, even if the jets were grounded. Southwest has 750 jets overall, while American and United, both of which use contractors to fly regional routes, have access to even more planes. American has more than 1,500, while United has more than 1,500, both including regional aircraft.

Longer term, maintaining capacity would be more challenging, as each airline has ordered a considerable number of Max jets. According to Boeing, Southwest eventually could have as many as 250 of the jets, while American could have 100. United could have 124 Max jets, Boeing’s order book shows.

However, if safety regulators identify a nagging issue with the jet, Boeing likely would be able to work quickly on a fix, ensuring a long life for the program.

In 1979, the FAA grounded all DC-10 jets for 37 days not long after an American jet crashed in Chicago. In 2013, the FAA told U.S. carriers to stop flying Boeing 787s for more than three months because of problems with lithium-ion batteries.

The 787 is now one of the world’s most popular jets, while the DC-10 flew for almost two decades after its grounding.

This story was updated Tuesday with new information about the UK’s decision to ban 737 Max jets.