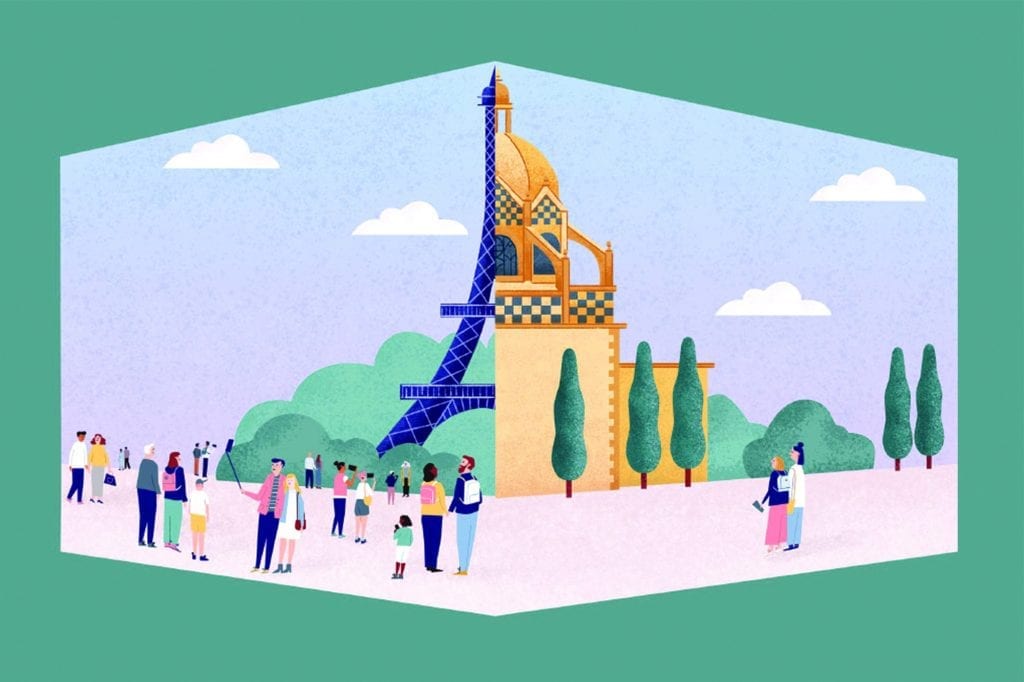 Skift has covered every angle of the overtourism debate for the past three years and the more we’ve reported on destinations at capacity, the more we’ve realized those places are outnumbered by many others that understand tourism is about quality rather than quantity.

Now that the understanding of overtourism has essentially gone mainstream around the world, a parallel trend – undertourism – is playing out in some emerging destinations that are framing themselves as peaceful yet exciting alternatives to the packed streets of other cities.

As undertourism enters the industry’s collective consciousness, offbeat destinations or those with new stories to tell are marketing immersive experiences that build relationships with people, places, culture, and community over Instagram-worthy photo ops and mass touring.

Destinations used to be satisfied with meeting visitor arrivals and spending goals that they set for the year and left areas such as economic development and destination management to other organizations.

In recent years, overtourism has turned the destination marketing model on its head as many organizations realize their responsibility to either manage visitor growth before it’s out of control or make a plan to not become the next Barcelona or Venice. In the short term, this might mean forgoing some revenue. But more destinations are acknowledging that a handful of affluent travelers are better than many cash-strapped tourists, and having the right plan increases the high spenders’ likelihood to return.

Destinations increasingly say that they’re committed to spreading tourism beyond congested areas to neighborhoods in need of tourism spending, or grow tourism during less popular seasons. But the dispersal approach, if successful, only marginally shifts the problem elsewhere rather than solving it. This approach is often taken before businesses in these neighborhoods are fully tourism-ready or willing to accommodate visitors, or before the off-season actually has compelling offerings that could rival the high season.

Muiderslot Castle, just outside of Amsterdam, recently rebranded itself to Amsterdam Muiderslot Castle in a bid to lure tourists from the city center. Amsterdam’s tourism board is promoting the castle and Muiderslot’s website, which assures tourists that the castle is easy to reach, but there is limited parking and taking the train or bus involves multiple transfers. Tourists don’t want to worry about transportation, yet Muiderslot Castle is asking them to figure it out.

In the three years since Skift first defined overtourism, much of the global travel industry has completely changed its mindset for how it plans and manages tourism’s many aspects. Destinations conf ronting overtourism head-on, such as Barcelona, Venice, and Kyoto, have admitted a problem, and others that don’t yet have crowds are doing what they can to ensure their cities and towns don’t become overrun.

We’ve already seen multiple destinations activate undertourism messaging in recent years. Oslo, for example, launched a campaign in 2017 that focused on “rescuing” tourists from popular cities like Paris and bringing them to Norway’s capital where museums generally lack crowds, restaurant reservations are easy to get, and public parks have plenty of free space.

Post-peace deal Colombia hasn’t wasted time shaping its new image with tourists and international investors. The city of Medellin, once considered one of the world’s most dangerous as a center for drug traff icking, has focused on inf rastructure investment for its residents as the city enters a new chapter. The mountainous city constructed cable cars to help residents get from their homes miles above the downtown core to the central business district, and it’s quickly become one of the most successful municipal turnaround stories. Now that residents from the mountains can easily access the city center, they can also tap into the growing economic impact that tourism is bringing to the city in the form of more employment and cultural opportunities.

“I don’t think Medellin is fashionable or anything like that, but more people are looking at it,” said Ana Maria Moreno Gomez, director of the Medellin Convention and Visitors Bureau. “In the past, we put all the city’s garbage in a mountain; now we’ve transformed that area into a garden.”

Indeed, Medellin has embraced the green economy in the last decade as it discards its violent past. The city has made biodiversity and sustainability the face of its tourism value proposition, a ref reshing decision in a world riddled with destination mismanagement and climate change.

Gomez said Medellin is creating more offerings outside of the city such as coffee farms so that those attractions help prevent overtourism within the city. “The new Colombian [President Iván Duque Márquez] talks a lot about the orange economy, which includes all of the creative industries such as arts and culture,” she said.

Without a vibrant orange economy, tourism can’t take root. More destinations are cultivating their orange economies in neighborhoods beyond their fabled tourism districts to get tourists interested, while ensuring these are long-term plans. “Now Medellin has a long-term tourism plan and each new administration can’t change the plan,” said Gomez.

Puerto Rico is another case of undertourism in practice. While parts of the island continue to struggle, Puerto Rico has also made significant progress in recovery efforts and bringing back tourism since Hurricane Maria in September 2017. Tourism officials are working to portray the island as an alternative to crowded Caribbean islands where U.S. travelers would likely spend most of their time at an all-inclusive resort rather than engaging with the local population and businesses. Tourism officials continue to promote the cruise business, but they want tourists to fly in and spend a week in a hotel where more tourism dollars often stay with local communities.

Kyoto, Japan, is different from Oslo, Medellin, and Puerto Rico. The Japanese city has been a well-known stop on a Japanese tour for years, but its profile has recently spiked as the Japan National Tourism Organization has launched marketing campaigns focused on getting travelers beyond gateway cities like Tokyo. The campaigns have been successful in that tourism has grown, but they’ve created a prime example of the adage ‘be careful what you wish for.’

Kyoto residents are angered by the traffic and congestion that tourism growth has caused, and the government has responded by running an experiment that analyzes cell phone data. The experiment is ongoing and tracks the time of day when the most cell phones are present in the destination, usually in the early- to mid-afternoon hours. Kyoto’s Nijo Castle has already adjusted its opening times as a result of data that was gleaned from the experiment. As Japan’s government has made tourism a key pillar of its economic growth in recent years – it is aiming for 40 million international arrivals by 2020 for the Tokyo Olympics – the tourism organization found that only 18.2 percent of local residents are satisfied with tourism.

Some tour operators have been fighting overtourism for years. Intrepid Travel, for example, published a “not hot list” for 2019 for Asia that promotes itineraries for alternative destinations such as “Sumatra is the new Borneo” and “Bukhara is the new Angkor Wat.”

Global tourism arrivals hit 1.3 billion in 2017, according to the United Nations World Tourism Organization, and tourism arrivals have grown for seven straight years since the official end of the 2008 to 2009 global financial crisis. Post-financial crisis, many governments turned to tourism to help reverse course on their flagging economies, and that strategy helped to make tourism the largest industry in a tiny place like Iceland, which Skift covered in-depth in 2016.

Many governments, however, didn’t anticipate that consumers’ discretionary spending patterns would trend so dramatically to intangible experiences such as travel, and that’s caused political and tourism leaders to rethink how, when, and where they market tourism. Amsterdam, Barcelona, Venice, and Kyoto still contain unknown treasures and unbeaten paths if you know where to look and when to go. The answer for these and other destinations is not to undersell because of overtourism but to adopt smart strategies for marketing the alternatives that tourists didn’t know they loved.