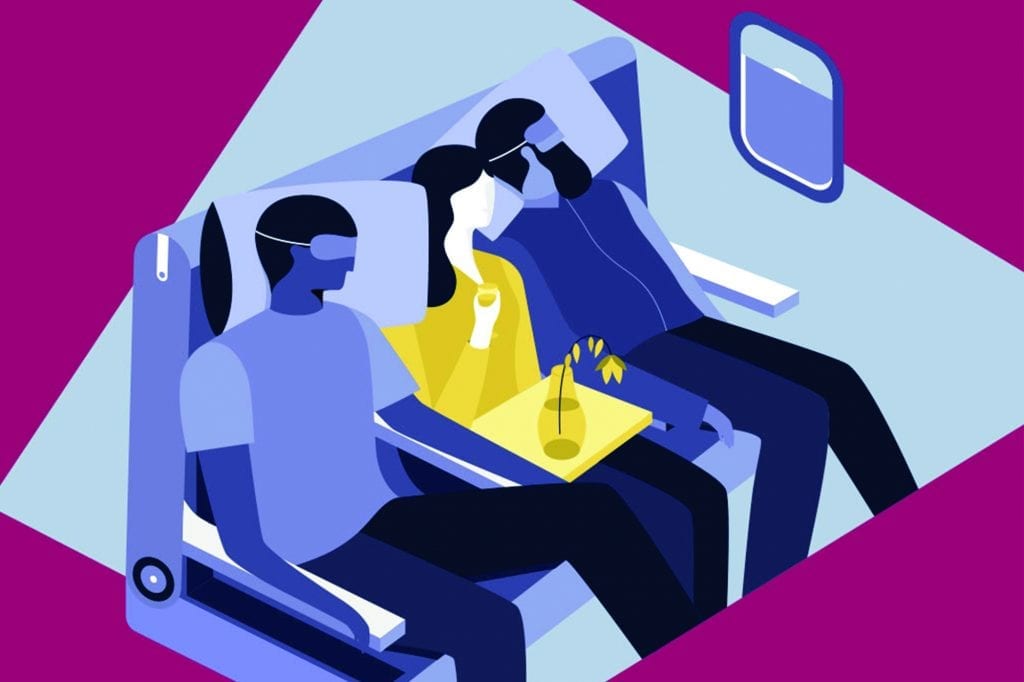 Despite what the name might suggest, premium mediocre isn’t necessarily something bad. It’s just that after a while consumers are going to cotton on to the fact that simply adding avocado to every meal doesn’t always make it more luxurious. When writer Venkatesh Rao coined the term “premium mediocre” in 2017, he probably didn’t realize how well it would end up describing the zeitgeist.

It’s a phrase fit for our sliced-and-diced times where companies are increasingly looking for new ways to sell us average products at luxury prices. It doesn’t matter which part of the sector you look at, airlines, hotels, and tour operators are all trying it.

Premium economy isn’t a new concept in the aviation industry. What is new is the way they have divided up regular old economy. Legacy carriers have copied the likes of Southwest, Ryanair, and most notably Norwegian and introduced new fare classes.

Sometimes they are offering customers an inferior product at the same price. At other times, they are trying to convince us to part with a bit more money for something that looks slightly fancier. It’s marketing 101 redefined for the Instagram generation.

Economy light is a carry-on only fare and is similar to what other transatlantic carriers have done. Economy delight, however, is a different beast. It is trying to convince passengers to part with an extra $127 or so based on a random search for flights between New York and London. And what do they get for that? Mainly, a bit more legroom and priority check-in and boarding.

Rao identifies millennials, especially those on the urban east and west coasts of the U.S., as the prime audience for the premium mediocre phenomenon. Perhaps because this group — and it’s the same in Europe, Asia, and Africa — is acutely aware of its standing in society with a desire bigger than any other generation to be seen in a certain way.

Rao calls them the “rent-over-own, everything-as-a-service class of precarious young professionals auditioning for a shot at the neo-urban American dream.” It is this group of people that companies are targeting with their premium mediocre offerings. You can tell because of the number of hotels now offering avocado toast — or avocado anything — with their breakfasts.

Premium mediocre consumers are aware they are consuming premium mediocre goods, but do so anyway. It is not “clueless, tasteless consumption of mediocrity under the mistaken impression that it is actual luxury consumption,”

Rao argues, rather it is “dressing for the lifestyle you’re supposed to want, in order to hold on to the lifestyle you can actually afford — for now — while trying to engineer a stroke of luck.”

Airlines aren’t the only travel sector tapping into this cultural movement. Tour operator Thomas Cook is consciously going after the millennial market with its new branded hotel product: Cook’s Club, which goes further than avocados by actually talking up its vegan food offering.

It’s the same in the next generation of boutique hostels. As the CEO of Generator, Alastair Thomann, said: “You’re charging 4-star rates and you’re offering a 2-star service, which is what makes it so profitable.” By picking a design-led “luxury” hostel over the nondescript regular, variety consumers are signalling willingness to make a premium mediocre choice.

Boutique hotel pioneer Ian Schrager has long talked about the split within high-end hospitality and this inspired him to launch Public hotels. The concept of luxury-for-all, while not quite the same as premium mediocre, touches on some similar themes.

Rao’s essay, which appeared on the Ribbonfarm longform blog, looks a lot at the consumer responses to premium mediocre but is also worth examining f rom the point of view of marketing departments. Crucially, premium mediocre doesn’t means something is bad — who doesn’t want extra legroom and avocados every day? — it’s just about giving the experience a name.

Would companies have been able to get away with calling something signature, or luxury, when it manifestly wasn’t 10, 20, or 30 years ago? Doubtful.

In 2016, market research company Nielsen analyzed data from more than 30,000 consumers in 63 countries to look at consumer attitudes toward premium, which it defined as “goods that cost at least 20 percent more than average price for the category.”

What it found was that premium demand is truly global. Between 2012 and 2014, the segment grew 21 percent in Southeast Asia and 23 percent over the same period in China.

Nielsen wasn’t looking particularly at the travel sector, but even viewing examples elsewhere it is easy to draw similar conclusions.

“In many cases, successful innovation results from reimagining traditional category definitions,” said Liana Lubel, senior vice president of the Nielsen Innovation Practice. “For example, the dairy category in the U.S. was stagnant but, by redefining the category to include dairy alternatives such as almond milk, brands were able to offer more premium products, and therefore bring new consumers into the category and re-engage lapsed consumers.”

For decades, the most successful brands have been able to redefine their product offering, thus improving profits. But are we facing a backlash?

We live in an age of social anxiety where we signal what we are thinking though our choice of sandwiches — which, if you believe some people, is the reason why millennials can’t afford to buy a house.

It’s easy to forget that premium mediocre isn’t a bad thing, per se, it’s just that eventually consumers are going to wise up.

Photo credit: Premium economy is a phrase fit for our sliced-and-diced times where companies are increasingly looking for new ways to sell us average products at luxury prices. Vanessa Branchi / Skift