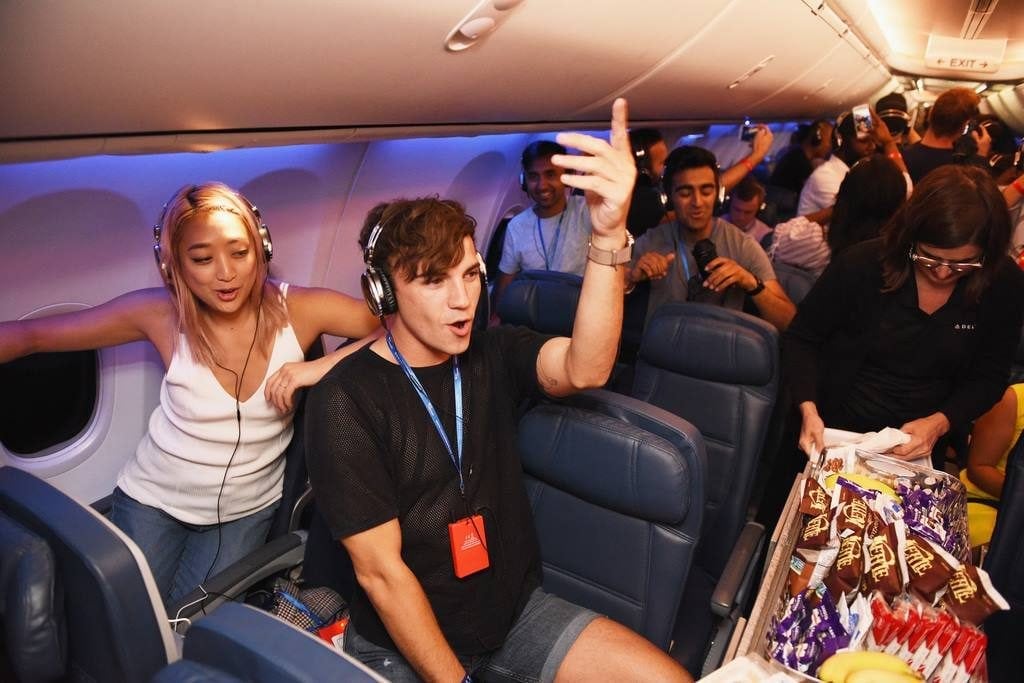 Other airlines say they're adapting to what younger travelers want. But not all of them actually do it. Delta seems to be ahead of many of its competitors. And that's a good thing.

At Delta Air Lines, marketing executives have a phrase to describe customers and potential customers younger than 35 — and it’s not “millennial traveler.”

They prefer to call them “Emerging High Value Customers,” or eHVCs, Delta chief marketing officer Tim Mapes said Thursday, and they’re increasingly important to the carrier’s revenues. The segment, he told investment analysts at Delta’s investor day in Atlanta, will account for 50 percent of Delta’s business customer sales by 2020.

This is why Delta is subtly — and not so subtly — trying to recruit younger travelers not only from the nation’s most formidable employers, including elite consulting firms, but also from universities.

“They’re high-yield business customers that we’re catching upstream, and trying to build relations with them, in some cases while they’re still in college,” Mapes said.

Already, he said, Delta is seeing younger travelers break from norms set by older consumers. Like other brands, Delta has noticed younger consumers prefer experiences rather than tactile goods, and that trend should be favorable for all airlines. “These people collect experiences, and travel is a huge part of that,” Mapes said.

But there’s more to it. Delta has noticed younger consumers are 60 percent more likely than non-millennials to buy-up to premium products, such as seats with extra legroom and first class upgrades. In addition, they place so much emphasis on onboard Internet that it sometimes drives “share-shift,” allowing Delta to take customers from airlines that have no, or unreliable, Wi-Fi.

This preference for premium products has been profitable for Delta, the airline’s president, Glen Hauenstein, said Thursday.

Overall, he said, first class revenues from all customers increased 23 percent in November, year-over-year, as more customers have bought-up to a better experience. In addition, Hauenstein said, revenues from Comfort Plus — Delta’s extra legroom section – increased 30 percent year-over-year in November. This is important because the airline estimates premium seats produce 5 to 8 points higher average margin than traditional economy class seating.

Delta has several strategies to try to get these potential future high-value customers in its “ecosystem,” Mapes said. Most obviously, the airline wants to persuade them to join its SkyMiles loyalty program, allowing it to track them on their journey into adulthood.

“Whether they fly or not, it starts getting us data, and the value of that data — as they become a general member, or perhaps fly their first flight, as they respond to up-sell offers, co-branded credit card offers, the Sky Club lounge and things like that — allows us to start knowing more and more about them,” he said.

Then there’s the credit card strategy. In September, Delta and American Express introduced a new no-fee product called Blue Delta SkyMiles Credit Card, and consumers receive twice as many points for purchases at restaurants. Delta claims consumers between 18 and 34 prefer dining out when they travel more than other pursuits.

Putting airline-branded cards in the hands of younger travelers is important, even if those consumers don’t fly Delta, Mapes said. Through its contract with American Express, Delta receives data on how consumers use their cards. For travelers of all ages, Mapes said, Delta can use card data to pursue “splitters” — or people with its American Express cards who split their business between Delta and other carriers.

Delta is also making more minor changes to try to interest younger customers. It wants to emulate other tech-savvy retailers, such as Amazon, and let consumers make purchases with one-click, wherever possible. And it wants to be make its design as simple and easy-to-understand as Apple.

As part of this effort, it recently simplified its check-in process for customers who use mobile apps. The airline has made check in automatic, so customers log-in before their flight and see the mobile boarding pass.

The airline is betting all this will help it stand out against its competitors.

“Others in the industry have referred to this as a commodity business,” Mapes said. “We reject that notion. If customers like you — if you are preferred — you are more likely to get a greater piece of their business.”