Barcelona Is Trying to Come to Terms With Its Overtourism Problem 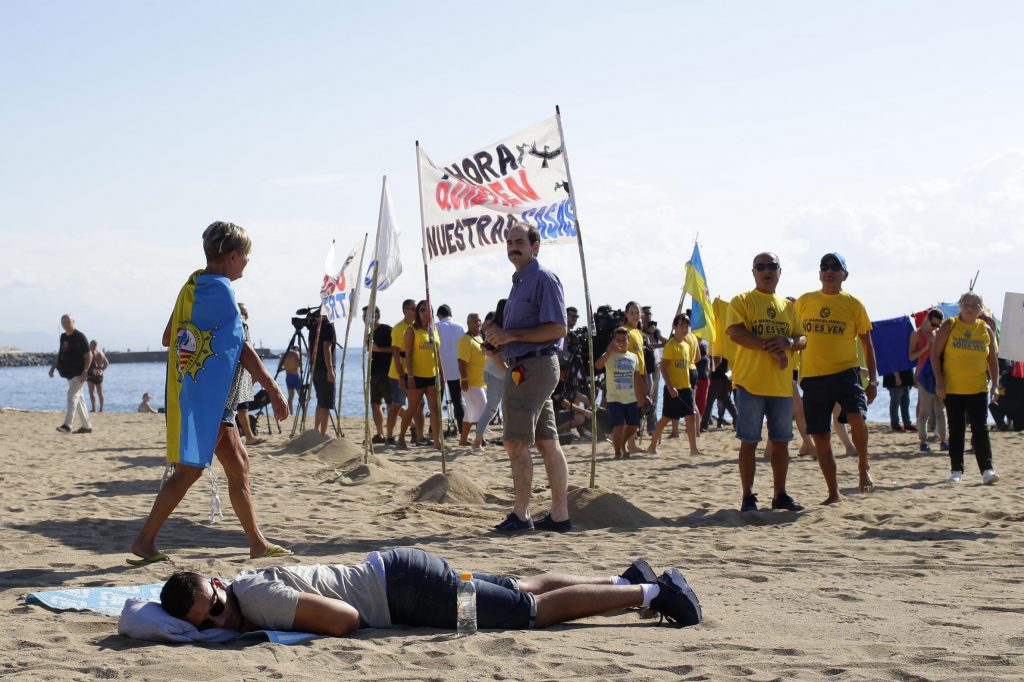 The backlash against tourism in Barcelona is building. Authorities in the city are trying to quell the anger by bringing in certain restrictions but at the moment it doesn’t seem to be working.

When Edgar Torras started leading tours of Barcelona, locals thanked him for bringing in tourists. Seventeen years later, they pelted his customers with eggs and the city has further restricted his route to avoid over-crowding in the historic center.

“Suddenly we seem to be the enemy,” said Torras, founder of Barcelona Segway Glides.

It’s becoming part of the tourist scene not mentioned in the guidebooks. Some Spaniards increasingly view visitors as a burden rather than an economic boon, with a backlash building in Barcelona and other hot spots. Last month, masked youths attacked a tourist bus in the city, and a protest against incomers is set to take place in the Basque resort of San Sebastian on Thursday.

With Spain the world’s biggest tourist destination after France and the U.S., the government is beginning to worry that the unrest could undermine that status. Tourism accounts for about 13 percent of all jobs in Spain. The number of foreign visitors will rise about 12 percent this year to a record 84 million in 2017, according to analysts at CaixaBank SA.

“It’s one of the sectors that is most driving our economy today and we have to look after it and support it,” Prime Minister Mariano Rajoy said this month. “If people come here it is because they like Spain.”

On Aug. 12, about 200 people from the Barceloneta neighborhood took to the city’s beach to protest the proliferation of tourist apartments, the El Pais newspaper reported. Youths targeting a tourist bus in Barcelona last month punctured a tire and sprayed it with a slogan saying “tourism kills neighborhoods.”

Locals object to the hoards of tourists crowding city streets and sometimes their antisocial behavior. Barcelona has cracked down on unlicensed rentals for tourists that residents blame for the surge in tourist numbers.

“If you go to one of the Barcelona neighborhoods affected, you can understand the anger,” said Jordi Alberich, director general of Cercle d’Economia, a Barcelona-based business association. “There has been a lot of complacency about the cost of tourism and now the model is very hard to change.”

If anything, numbers are set to increase, with cruise ships pouring into ports across the nation. As many as 3.6 million cruise passengers disembarked in Spanish ports in the first half of 2017, double the amount of a decade ago, according to the Public Works Ministry.

As well as restricting Segway tours, Barcelona Mayor Ada Colau has taken more sweeping steps to forbid new hotels to open in the center of the city and clamped down on unlicensed room rentals through platforms such as Airbnb Inc.

For Torras, the latest restriction is a fresh blow to his business after the council stopped him taking tours down the Barcelona beach front last year. Typically, he leads two three-hour tours each day for up to six people who pay 70 euros each to be guided round neighborhoods such as the Gothic Quarter, Ramblas area and old port. He relies on his summer business to get through the winter.

“This is the time when we have to save,” Torras said.

This article was written by Charles Penty and Maria Tadeo from Bloomberg and was legally licensed through the NewsCred publisher network. Please direct all licensing questions to [email protected].

Photo credit: The backlash against tourists in Spain has been building. In Barcelona this weekend, a visitor slept on the beach next to an anti-tourism gathering. Associated Press