Royal Caribbean Is Optimistic About China Despite Pricing Troubles 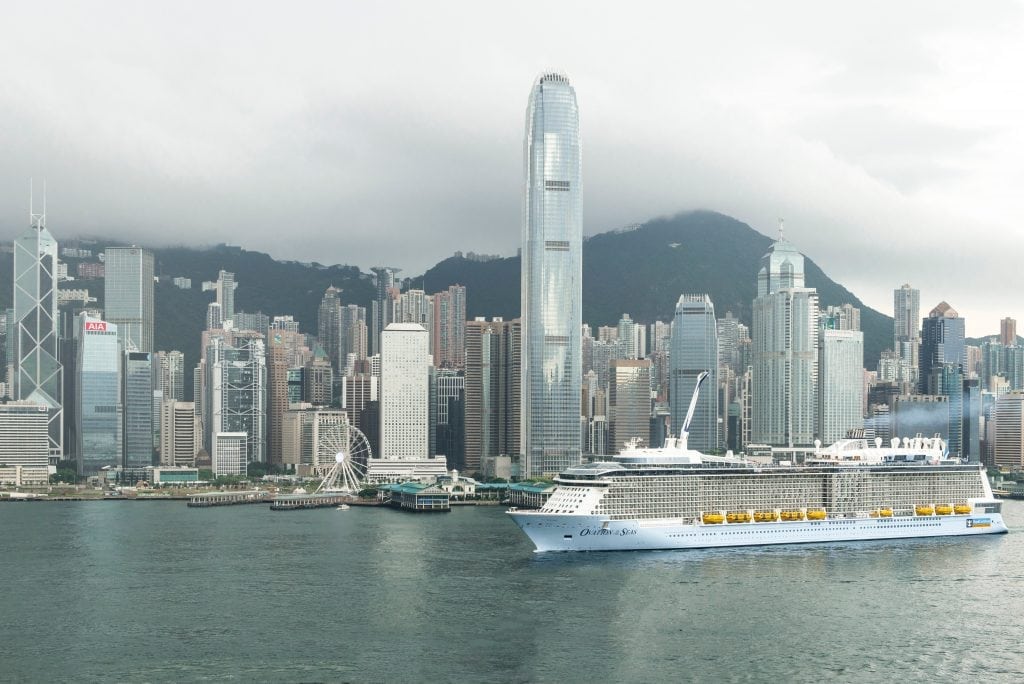 Royal Caribbean is adamant that it is in China for the long haul, despite short-term pricing pressures. It will be interesting to see how the rest of the industry responds if capacity proves difficult to absorb.

Royal Caribbean Cruises was expecting business to suffer in China this year as more ships sailed into the fast-growing market.

Turns out the hit was worse than expected.

On Tuesday, executives from the world’s second-largest cruise company said that Shanghai in particular was struggling. As Royal Caribbean has upped its bet on the Chinese market in recent years, so have rivals, resulting in a more than 100 percent capacity increase in China’s largest city this year.

Chief financial officer Jason Liberty would not say how much yields — or revenues per berth per day — had declined year-over-year in China, only that the drop was “a little bit worse” than anticipated.

Still, CEO Richard Fain sought to reassure analysts and investors that the company was confident in the long-term prospects for the market.

“In China, we’ve been growing at 40 and 50 percent growth rates without any difficulty; those are pretty extraordinary levels,” Fain said.  “This year we as an industry have pushed those figures into triple digits. Even China has trouble growing at that pace. Fortunately, the softness in China is being driven mainly by this huge capacity growth rather than by faltering demand.”

Liberty said 9 percent of the company’s capacity is in China, and sailings there still generate above-average yields and occupancy in line with the average for the rest of the fleet.

During the earnings call, Fain took a detour from normal chatter about revenues and costs to offer a nine-minute history lesson on the development of cruise markets.

Comparing China today to the early days of the industry in North America, he said: “It was poorly known to the population at large, distribution was through a small number of specialist agencies, there was little choice of itineraries, and growth was episodic and dictated by the arrival of new ships.”

But, Fain said, key players like travel agents and tour operators are signing on faster in China than they did in other developing markets. And the company said it was heartened by the fact that industry growth in China would slow next year — to only about 50 percent.

China wasn’t the only weak spot in the quarter. Security concerns following attacks in Brussels and Turkey hurt demand for itineraries that included the Eastern Mediterranean, and more recent incidents including the Nice attacks and attempted coup in Turkey have continued to have an impact.

Northern Europe and Western Mediterranean sailings were strong during the quarter, however. And the Caribbean, Alaska, and Bermuda gave a robust showing, likely thanks to North Americans who wanted to vacation closer to home.

Overall, the company reported that revenues increased from about $2.06 billion last year to $2.1 billion this year. Net income jumped from $185 million to $230 million, with yields dropping slightly.

Brexit and Other Woes

Citing the cost of fuel and an impact from currency — especially following the Brexit vote — the company lowered its full-year guidance to between $6 and $6.10 a share from $6.15 to $6.35 a share.

While the UK’s vote to leave the European Union hurt the company because of its exposure to the British pound, Fain said bookings were not affected. The company said the UK remains one of the strongest source markets this summer.

“We would have expected, if only from the distraction, to have an impact on bookings, and we saw literally nothing,” Fain said. “We’re not complaining.”

In a note to investors, Morningstar analyst Jaime Katz wrote that she has lingering concerns about “the impact from Brexit longer term and its effect on the labor force and its ability to support rising pricing for cruises in the region over the medium term,” although she noted that the UK market was thus far performing well.

Another non-issue for the company so far is Zika, which is spreading in the United States. Recent transmissions from mosquito bites in Miami prompted a recent CDC warning about visiting a popular neighborhood in the city just north of the cruise port, where Royal Caribbean is headquartered. Many of the company’s cruises leave from the Miami port.

While the virus did not come up in the earnings call, Fain said during a CNBC interview later Tuesday that the company has not seen “a real impact” on bookings.

“We’ve actually been a little surprised at how little impact we’ve had from that in terms of calls, in terms of cancellations,” he said. “It really has not proven so far to be a big factor for us.”

Photo credit: Ovation of the Seas is shown arriving in Hong Kong. Royal Caribbean Cruises said its China business has been struggling to absorb a big increase in capacity, specifically in Shanghai. Royal Caribbean International