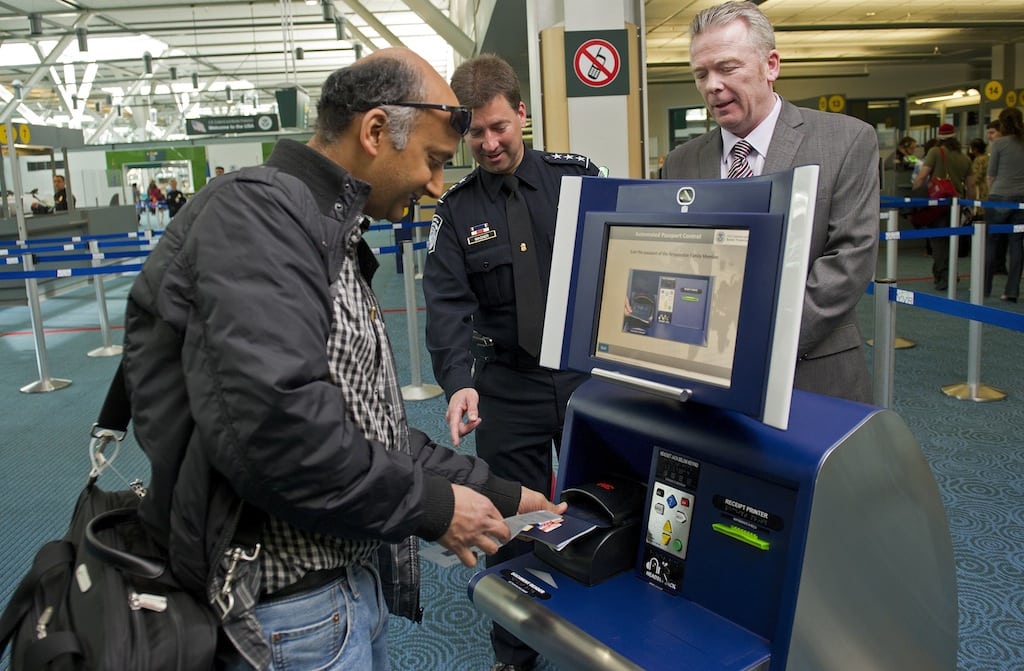 Governors from 19 Western states called Friday for expansion of a program that screens international travelers at airports abroad, in a bid to encourage tourism and stop terrorists before they arrive in the U.S.

“First, it enhances national security by keeping potential terrorists from even arriving on U.S.,” he said. “Second, it encourages tourists to travel to the U.S. by reducing the hassle and wait times at customs checkpoints” when they arrive.

Security was a key issue for Bullock, a Democrat, and the Republican governors of Wyoming, Idaho and Nevada during the conference at the Four Seasons resort.

But Bullock said the resolution endorsed by governors of 15 of the 19 states, with some ballots still pending, was in the works long before a mass shooting Wednesday in nearby Southern California killed 14 people and wounded 21 at a holiday event at a government office in San Bernardino. The husband-and-wife assailants, who had ties to Pakistan, were killed in a shootout with police.

The governors’ resolution asks U.S. customs and immigration authorities to put screeners at airports in Belgium, the Dominican Republic, Japan, the Netherlands, Norway, Spain, Sweden, Turkey and England. It notes that screeners are currently stationed at 15 airports in Ireland, Canada, Aruba, the Bahamas, Bermuda and the United Arab Emirates

The governors also approved resolutions calling for federal funding for sustainable forest management in the West, implementation of the 2014 Farm Bill and safe transportation of defense-related radioactive waste.

“You can’t think of security of any individual state without thinking of the security of the country as a whole,” Mead said, adding that he expected the larger and separate National Governors Association might address the issue.

Nevada Gov. Brian Sandoval offered prayers and condolences to people affected by the shooting and pointed to preparations being made for New Year’s Eve events including fireworks expected to draw up to 350,000 people to the Las Vegas Strip. Sandoval said 1,500 law enforcement officials and the National Guard will be involved.

U.S. Interior Secretary Sally Jewell focused during a keynote speech on issues including drought, wildfires, species protection and abandoned mines. She urged states to continue working with federal officials to address them.

Jewell said adopting rules this year to protect habitat for the greater sage grouse in 11 Western states, rather than declare the chicken-sized bird an endangered species, was one example of cooperation.

The nation’s top land manager acknowledged the breadth of the regulations created lots of work for lawyers.

“But I will say that it’s way better than a listing,” she said. “It provides certainty to developers … states … and the conservation community as well.”

Jewell and Sandoval met separately and reached agreement to use new maps of sage grouse habitat in Nevada to correct inaccuracies that showed the birds living near urban areas in Reno and Sparks — stopping plans for a badly needed school and a veterans’ cemetery.

The budget-busting cost of fighting wildfires was another burning issue during the twice-yearly governors’ meeting.

Robert Bonnie, a U.S. Department of Agriculture undersecretary, said the cost of fighting wildfires has exploded from about 16 percent of the U.S. Forest Service budget in the mid-1990s to more than half the agency budget in recent drought-stricken years.

Fires this year in Washington state and California were among the worst on record, and Idaho Gov. Butch Otter noted that the so-called Soda Fire in the southwest of his state burned nearly 450 square miles.

States are calling for the federal government to classify severe wildfires as natural disasters for funding purposes.

This article was written by Ken Ritter from The Associated Press and was legally licensed through the NewsCred publisher network.