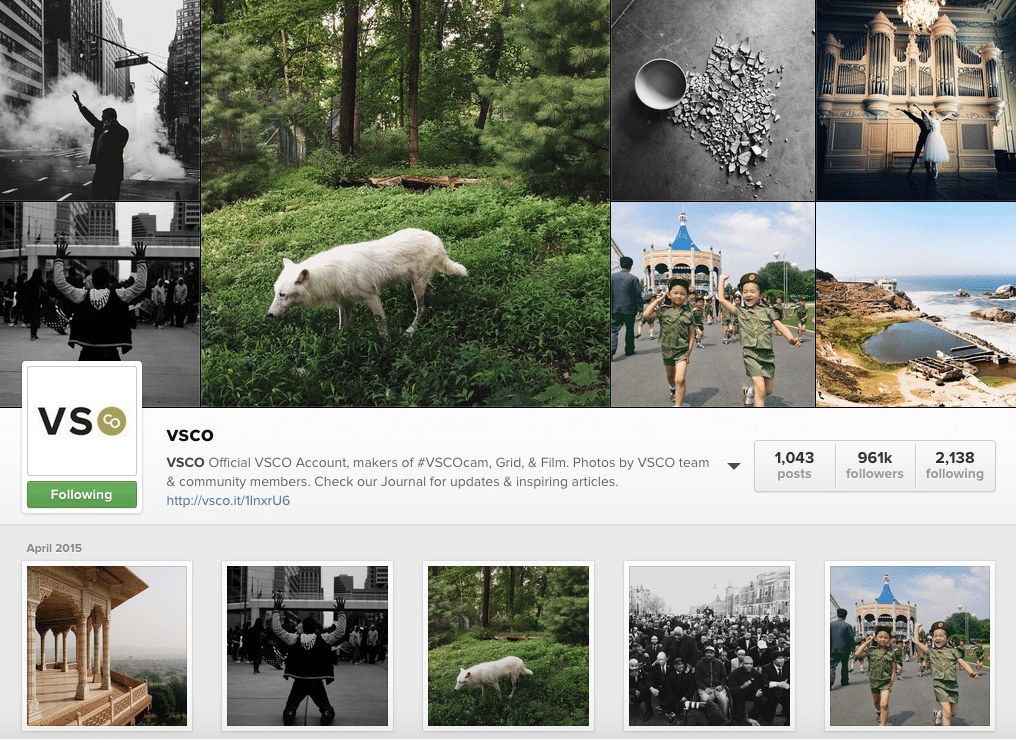 Instagram is a control freak when it comes to analytics, only allowing paid advertisers to access brand lift data.

For the unpaid advertisers, well, all they have is qualitative data — follows, likes, shares, and comments. No impressions. No clicks. Only Instagram knows how many people actually checkout Instagram accounts.

Yet tourism boards forge ahead with building their brand presence on this mobile-first, image-based platform by publishing a combination of their own content, user-generated photos from their fans, and inviting influencers to experience and share their journey on the company account, as well as their own.

The reality is there isn’t a metric that ties influencers trips to visits.

Jesse Desjardins, Social Media and Advocacy Manager at Tourism Australia doesn’t subscribe to Instagram influencer marketing because, “It’s not scalable and repeatable. There’s only so many influencers you can bring in. You can’t expect someone who comes here for a week to have a deep understanding of the destination and most importantly follow through with supporting their feature on our account.”

When Facebook claimed its throne from MySpace, and Friendster, social media content started to form an extra layer of consumption data that print magazines, television, and radio still can’t provide. With Facebook’s acquisition of Instagram in 2010, visual based communities blossomed, and so did advertisers.
At the World Travel and Tourism Council Conference in Madrid this April, Gary Vaynerchuck said, “Instagram has taken over the print business.”

While that’s a vast overstatement when it comes to current revenue models, it’s not too far off the mark when it comes to reach. Murad Osmann, who’s become well known for holding his girlfriend-turned-fiancee’s hand in his images around the world has a “circulation” of 2.2 million followers, Liz Eswein’s @newyorkcity handle has with 1.2 million, inspirational aggregator Beautiful Destinations has 3.2 million, and extreme surfer and professional photographer Chris Burkhard has 697,000 followers.

Measuring return on investment with Instagram influencer programs is not an exact science. However, when comparing the project with the ad dollars spent on print advertising, paying an influencer’s transportation, lodging, time, and expenses — some tourism boards pay up to $3,500 for an influencer’s participation — is more trackable.

Skift asked the top five performing tourism boards about who they would like to work with in the future and why. Their top picks were people who were either local or from an area that is their target market with a digital media presence outside of Instagram with passions other than travel. Lastly, some of them picked publishers that continue to differentiate itself with its own creative community.

Caroline Bean, Director of Social Media at Visit Philly: “Lately we’ve been checking out Quinta Brunson, aka Quinta B., a comedienne from Philadelphia who stars in Buzzfeed videos and has a serious(ly funny) social media presence of her own including a YouTube series. We’d love to see her take on her hometown and think she has a new, younger audience that would be good for us to reach.”

Chad Wiebesick, Director of Social Media and Interactive Marketing at Pure Michigan: “National Geographic because it is the #1 most followed brand in the world on Instagram with 17.2 million followers. Also, the U.S.  of the Interior because Michigan has five national parks, also one of only twelve National Water Trails in America. And, an influencer from California or Texas, as those are important markets for Michigan with a real connection and real relationship with their followers.”

Rishad Daroowala, Social Media Officer at Explore Canada: “VSCO is heavily involved in the community and never compromises on quality and curation standards. VSCO’s social channels and Journal are intertwined with true story-telling, which travelers can appreciate.”

“Hannes Becker is one of Germany’s up and coming Instagrammers who’s account continues to make waves in the photography community. We love Hanne’s aesthetic and his eye for the great outdoors.”

Nancy Smith, Social Media Manager at Travel Alberta: “Jacksgap, a young and very talented YouTube celebs who have travelled the globe with a humanitarian purpose. Open to similar influencers like Casey Neistat who not only has a notable Instagram following, but is also a talented YouTube creator, is active on Twitter and Snapchat.”

Chris Chambers, Director of Digital Marketing at Tourism and Events Queensland: “Roger Federer has become a fan favourite in Brisbane for his regular appearances at the Brisbane International tennis tournament. He posted some great shots whilst he was in Brisbane recently, tagging with #thisisqueensland.”

Photo Credit: Visual Supply Company aka VSCO is a mobile camera and photo editing app that celebrates the creativity of its community. VSCO / Instagram

Stress Test for Destination Marketing Could Lead to Strategy Changes

A destination resilience assessment survey for U.S. tourism boards is launching this summer — just as visitors return and as tourism leaders continue to examine how they can build back stronger before the next crisis hits.