Experts have been speculating on when American and US Airways are going to finally mash their loyalty programs together for some time. It’s an important milestone because elite status and reward miles will be determined by when the merger happens, and many business travelers want to make sure that their travel is appropriately planned.

Late last year, in the process of revealing the plans for their joint merger,  the programs announced that it would be at some point in 2015. Now, the wheels are in motion. According to The Points Guy, members of either loyalty program should now be able to log in and link each respective account to one another. That’s the extent of the sharing at this point, but it’s assumed that later in the year it will be possible to move miles over and see the joint status. Right after that, the loyalty programs will finally become one.

New Air Arabia Deal Opens Prospects of Low-Cost Flights to Europe: Air Arabia bought a 49 percent stake in Jordan’s Petra Airlines, opening up the possibility of low-cost flights from Amman to Europe tapping local accords that go beyond those negotiated by its native United Arab Emirates. Read more at Skift

Cheap Air Travelers Are Their Own Worst Enemies: I hardly need to tell you that flying these days is a miserable experience. In fact, it’s so miserable that it’s tempting to suspect that the suffering is deliberate – – that airlines are making us miserable as part of a calculated strategy to extort more money from us. Read more at Skift

JetBlue Wants to Teach Passengers How to Be Less Rude: We love sharing nightmare stories of long hours stuck next to rude seat companions, but JetBlue has a plan to help relieve flyers of their horror stories. Read more at Skift

American and Hawaiian Covet a Delta Slot at Japan’s Haneda Airport: The competition is heating up for a U.S.-Japan route currently controlled by Delta Air Lines Inc. Read more at Skift

How To Stand Up To Abusive U.S. Customs Officials And Win: It’s a familiar ordeal for any American who’s ever traveled abroad. Every U.S. citizen with the temerity to explore lands unknown is forced into a grueling, humiliating interrogation with Customs and Border Protection (CBP) officials when they return. Read more at Return of Kings Interview With Hidden City Startup Founder: Is He Naive or an Innovator? Aktarer Zaman, the 22-year-old Skiplagged founder who got sued by Orbitz and United, has a B.S. in computer science, a year’s experience at Amazon as a software engineer, a lot of chutzpah, and an outsider’s view on the insanity of and inefficiencies that characterize modern airfares. Read more at Skift

An Open Letter to the Hotel Industry on Wi-Fi Jamming: Let It Go: No good will come out of this.The American hotel industry could not have picked a worse issue to put its weight against. At stake is protecting a relatively minuscule revenue line while losing the battle in the court of public opinion in every possible way. Read more at Skift

California Breaks Ground on Isolated Stretch of High-Speed Rail Line: California’s high-speed rail project reaches a milestone Tuesday as officials mark the start of work on the nation’s first bullet train, which is designed to whisk travelers at 200 mph between Los Angeles and San Francisco in less than three hours. Read more at Skift

Gogo’s In-Flight Wi-Fi Certificate Issue Is Attempt to Block Unauthorized Streaming: Gogo has revealed that it is in active discussions with Google to resolve a conflict over the in-flight connectivity company’s issuing of fake Google SSL certificates to users connected to Gogo’s in-flight Wi-Fi services. Read more at Skift 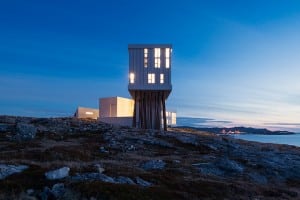 Interview: Leading Hotels of the World CEO on Branding the Independents: In the vast space between the independent hotel and the big brand sit multiple hospitality consortia and organizations that have some of the same marketing and promotional functions as the big operators while also staying focused on the unique properties that make up their portfolios. Read more at Skift

A Peek At The First-Ever Virgin Hotels Property In Chicago: Richard Branson is at it again, reinventing yet another wheel, this time it’s the hotel. The first ever Virgin Hotels property is set to open this January 15th in Chicago’s business epicenter, The Loop. Read more at Forbes

Journalist Adam Rose sends over a nice video of Bill Gates checking out the Omniprocessor, a machine that turns waste water into drinkable water.