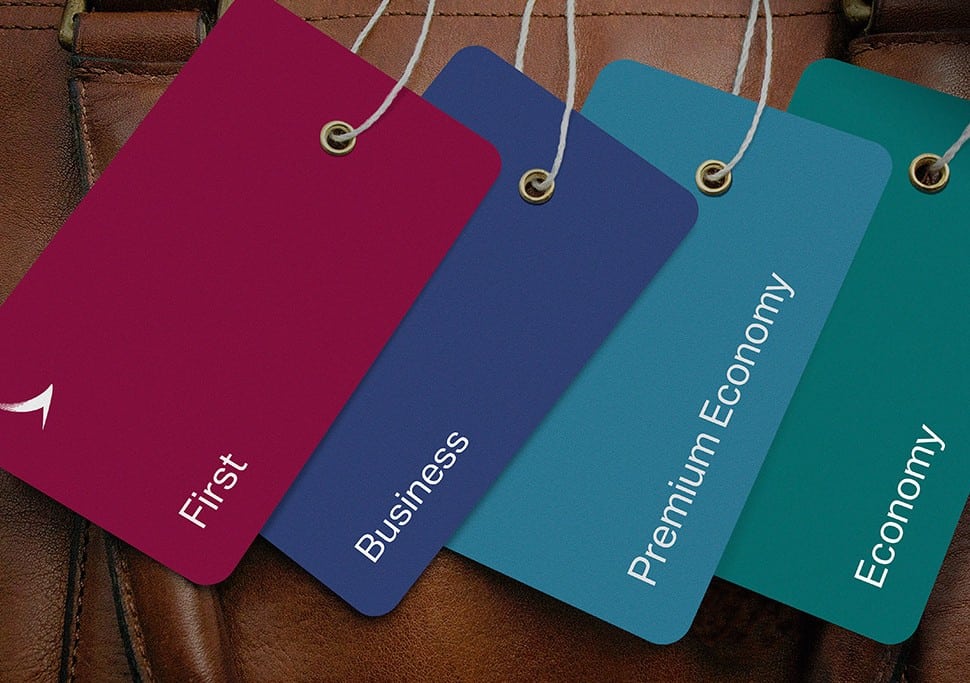 Cathay Pacific have been working on a new brand image for the past few months, and while you may be forgiven for going ‘Really?’ the subtle difference in the new brand positioning is both striking, powerful and evocative.

We have been huge fans of the interior and ground products of the airline for many years but the livery and graphic proposition, while iconic, hasn’t been the most aesthetically pleasing. This new design philosophy “softly spoken, strongly felt” paves the way (although hasn’t been confirmed) for a new livery concept, to sit along the new brand image of the airline.

“The key driver behind this commitment to and investment in this brand refresh work has been to refocus on our customers and define how we can elevate their travel experience with us. Cathay Pacific will continue to put our passengers at the heart of everything we do as we move forward into this next exciting stage in our journey,” states Cathay Pacific.

The iconic ‘Brushwing’ stays, a combination of both a birds wing, and the Chinese calligraphy, visually representing the roots of the carrier. However the icon is decluttered, the line of red being removed, along with the background box. The wing is also simplified, an easier to utilise design means less feathering and a higher rise in the tail of the logo.

The logotype has also been simplified, removing the now somewhat dated ‘Small-Caps’ treatment, instead offering for a more powerful and aesthetically pleasing ‘All-Caps’ style – it’s a simple yet effective way of refreshing the brand.

But the images released this week by the carrier also evoke a sense of contemporary traditionalism, a strong connection to the earthy roots, natural materials, and the photography style symbolises warmth, familiarity and luxury. New imagery of lounges has appeared (most likely concepts of the Haneda lounge, timed to open in December this year), whereby there is still a large emphasis on understated design, ease of use and texture.

There are numerous incarnations of the logo throughout the experience, from luggage and frequent flier tags through to uniform pins, and each work now harmoniously to create a simpler, easily identifiable image of Cathay Pacific. “More immediately, you’ll also notice changes to the website which are designed to make it more intuitive and user-friendly. The new website will continue to be enhanced with added functionality throughout 2015.” says Ivan Chu, Chief Executive of Cathay Pacific.