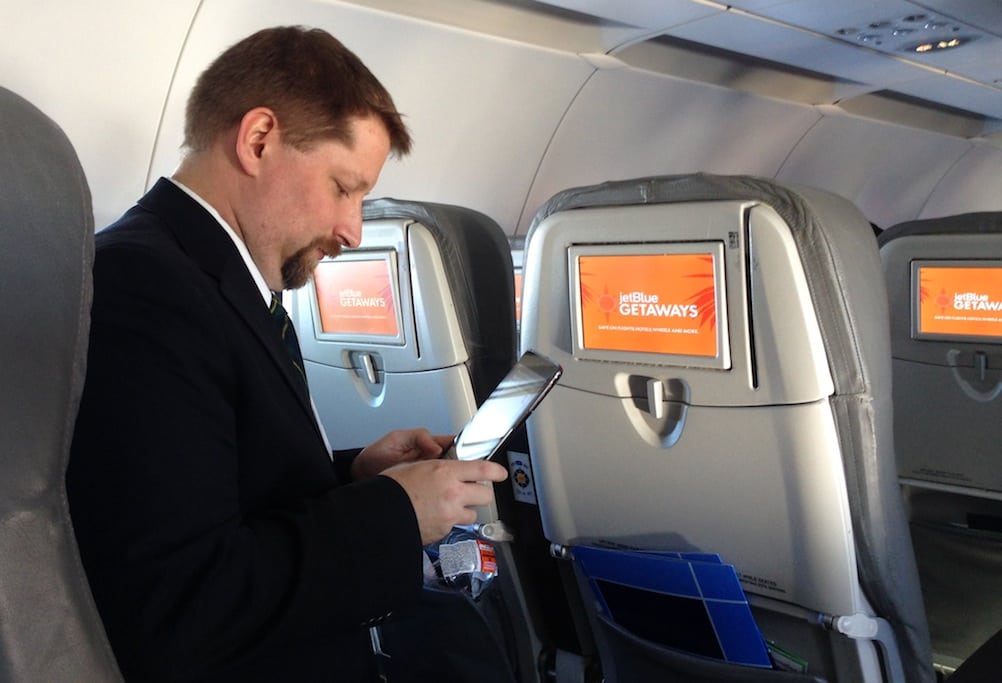 Making in-flight Wi-Fi free for good would change the competitive landscape forcing other airlines to consider free connections for the future. JetBlue might be late to the game, but it's making up for it in a big way.

JetBlue Airways will launch its in-flight Wi-Fi service Fly-Fi Thursday morning with three inaugural flights. It will be the first to use high-speed satellite connectivity powered by ViaSat and JetBlue subsidiary LiveTV.

A basic version of the Wi-Fi called Simply Surf will be free until June 2014. There is also a premium service available called Fly-Fi Plus that gives flyers the ability to stream videos or download large files for $9 per hour.

A pricing scheme past the first six months has not yet been decided, but JetBlue senior vice president of marketing Marty St. George says his goal is to keep it free.

“We want to have the free option out there so customers can have unlimited web surfing and not have to pay for it. We want this to be a people’s product.”

JetBlue is one of the last U.S. airlines to introduce in-flight Wi-Fi, but officials say they hope to make up for lost time with superior speed and an attractive price point.

“I call it…last mover advantage,” says St. George. “We feel like because we waited to have a really good system, we can offer something to our customers that no one else can.”

The ability to upload photos and videos to Twitter or Facebook from 10,000 feet also gives the airline new opportunities to engage with flyers.

“It totally changes our [social media] landscape,” says Laurie Meacham, manager of customer commitment at JetBlue. “It opens up a lot of opportunities to continue the conversation, just chat with them, and gives us more immediate feedback.”

JetBlue plans to kickstart the in-flight social movement with surprise in-flight activities onboard the first three Fly-Fi flights to take off Thursday morning.

“I think we’re going to go to the next level of that type of interactivity. We’re really excited to have people really live tweet, live blog, live film their experience and share it in real time,” says St. George.

However, flyers shouldn’t expect to order in-flight service via social media just yet.

“If they tweet that they want a bag of Blue Chips, we’re not necessarily going to send the message to the in-flight crew member,” says Meacham.

Only five JetBlue jets will be outfitted with in-flight Wi-Fi by the end of the year, but the airline plans to add more than 140 planes throughout 2014.

ViaSat’s satellite system is different from services offered by Gogo, Panasonic, and Row44 in that it allots high-speed bandwidth per passenger instead of per plane. This means flyers are not competing with one another for a strong connection.

As a comparison, it was only 0.006 Mbps in the JFK Terminal 5 Airspace Lounge and 16.93 Mbps in the Skift offices.

ViaSat’s network currently only covers the continental United State, but it will expand when ViaSat launches its second satellite in mid-2016.

ViaSat director of mobile broadband Don Buchman says the system will then cover overseas flights to Caribbean, Mexico, Canada, and the flight route bridge to Europe.