Skift Take
In a crowded and contested market, SideCar convinced investors that it could play within city regulations and plans to use the funding for legal and operational hires for its city-by-city expansion.
— Samantha Shankman
Share
Tweet
Share
Post
Send

Like other peer-to-peer marketplaces for ride-sharing, SideCar has a platform for connecting drivers with passengers looking to get around. It’s released mobile apps for iOS and Android that lets users virtually flag down one of these drivers, and alerts drivers when there are potential passengers in their area. On the convenience side, startups like SideCar are an alternative to cabs, which have a constrained supply and are difficult to flag down, at least in San Francisco. They also provide a low-priced alternative to Uber, which is easier to get, but cost a hefty premium over typical cab fares. 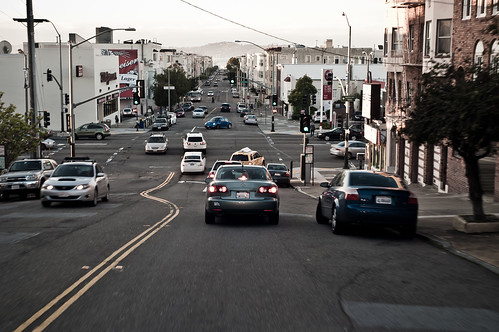 Sidecar launched in San Francisco in June and is looking to expand to similar cities. Photo by Luca Sartoni.

SideCar just launched in June, but it’s already got hundreds of drivers who have given more than 50,000 rides over the last few months. SideCar is looking to roll out on a city-by-city basis, with the first new market being announced at some point over the next few months.