Skift Take
Air travel seems to have become so intolerable that Pakistani Kashmiri expats are amused by the idea of revitalizing the 12-day historical road trip rather than battle airports and flying fees.
— Samantha Shankman
Share
Tweet
Share
Post
Send

Plans have been announced to launch a bus service between Birmingham and Mirpur in Pakistan, known as “Little Birmingham”.

It promises to be Britain’s longest bus route – all the way from Birmingham to [Pakistan] Kashmir almost 4,000 miles away. 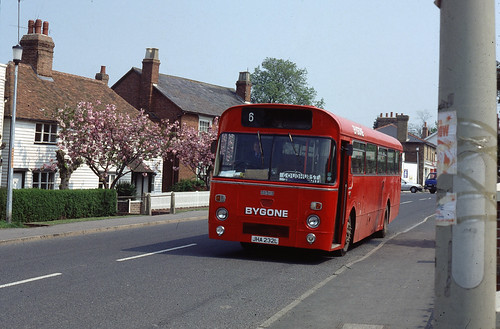 The 12-day trek will give travelers an inside look at countries rarely visited by Western tourists. Photo by Les Chatfield.

Plans have been drawn up for a bus service between the West Midlands and Mirpur, nicknamed “Little Birmingham” because of close historical and family ties between the two cities.

The Mirpur region’s transport chief Tahir Khokher says the route will span seven countries including Iran and Pakistan – and include stopovers in Quetta, near the Afghan border, and the Iranian capital Tehran.

Birmingham is home to the world’s largest population of Pakistani Kashmiri expatriates, many having emigrated from Mirpur in the 1960s after being displaced by the building of a dam.

Mr Khokher says he hoped the service would strengthen ties and tourism between the two cities. “We are proposing to run four luxury buses once a fortnight,” he said. “The Kashmir government will also set up a swift counter system to hasten the visa process for those who don’t have a British passport.”

The plans were welcomed last night by by Khalid Mahmood, a Birmingham Labour MP whose family originates from Mirpur. “It’s a great idea that will bring the two cities closer together and be a real life experience, particularly for younger people,” he said.

His views were echoed by Mohammed Nazam, a city councillor, who said earlier generations often made the trip from Britain to Pakistan by road. “In the 1970s and 1980s people would drive a van from the UK to Kashmir and it would take about 10 or 12 days of hard driving, day and night,” he said. “Even in those days it was a real adventure. But the world isn’t as safe a place as it used to be.”

Mr Khokher dismissed security concerns, particularly those surrounding the volatile city of Quetta, where top Taliban commanders are believed to be in hiding. “I don’t feel it will be a problem,” he said. “The government is responsible for security.

“Barring one or two instances in Quetta, the overall situation is good to go.”