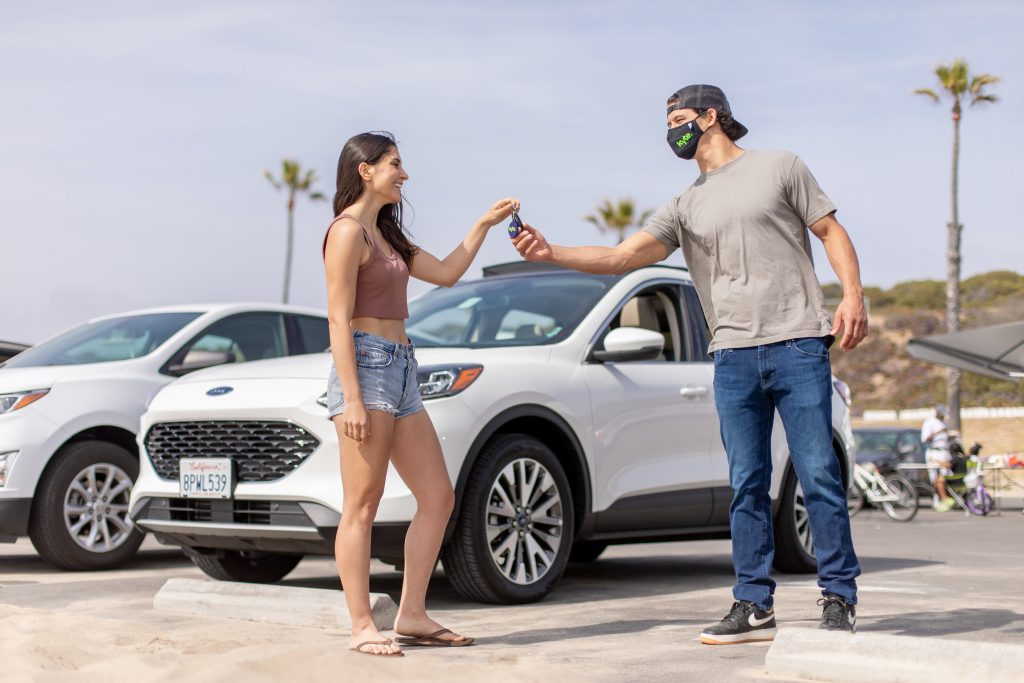 Kyte wants to simplify car rentals, while yet another short-term rental platform, this time in Germany, raises millions.

Through the app, consumers can have cars delivered to them for daily, weekly, or monthly use, the company said.

The round was led by InterAlpen Partners. The firm’s founder, Stephen George, was an early investor in Tesla and SpaceX. Other new investors include Valor Equity Partners, Anthemis, Citi Ventures, and Hearst Ventures, along with existing investors DN Capital, 1984 Ventures, FJ Labs, and Urban Innovation Fund.

Kyte has now raised about $300 million in equity and debt.

That and the latest fundraise will go toward helping the company triple its current fleet and expand in new and existing markets globally. The company currently has access a few thousand car in 14 cities, said Ludwig Schoenack, co-founder of Kyte.

The company plans to strengthen its product and add new vehicle classes, with the long-term goal of offering teleoperated and fully autonomous trips.

“Our vision is to become the largest operator of electrified shared autonomous fleets, and we’re building that infrastructure today,” Schoenack said.

The company was founded in 2019 and is headquartered in San Francisco.

>>Online travel agency Hopper has secured $96 million as a follow-on investment from Capital One, which had led Hopper’s $170 million Series F round of funding in March 2021.

Hopper has now raised around $730 million in total funding.

The funds will go toward accelerating the company’s growth in several areas, including several new social features.

Hopper also offers an array of fintech products, such as price freezes on flights and hotels, for an array of other partners. The fintech offerings represent about 40 percent of the company’s total app revenue, Hopper said.

>>Limehome, a short-term rental app based in Munich, has closed a new growth capital round of $45.8 million (€45 million).

Occupancy rates have been around 90 percent for the past year. The company said it tripled turnover each year of the pandemic.

“The last few years have shown that our fully equipped design serviced apartments with a digital customer journey and consistent quality are very popular in both the leisure and business segments,” said Josef Vollmayr, co-founder and managing director of Limehome, in a statement.

The capital will go primarily toward expansion, including through acquisitions of existing operators, as well as strengthening the software product.

Photo credit: Kyte has access to thousands of cars that users in 14 cities can order on demand through an app. Kyte