Delta Expects Big Return of Business Travelers This Fall, Recession or Not 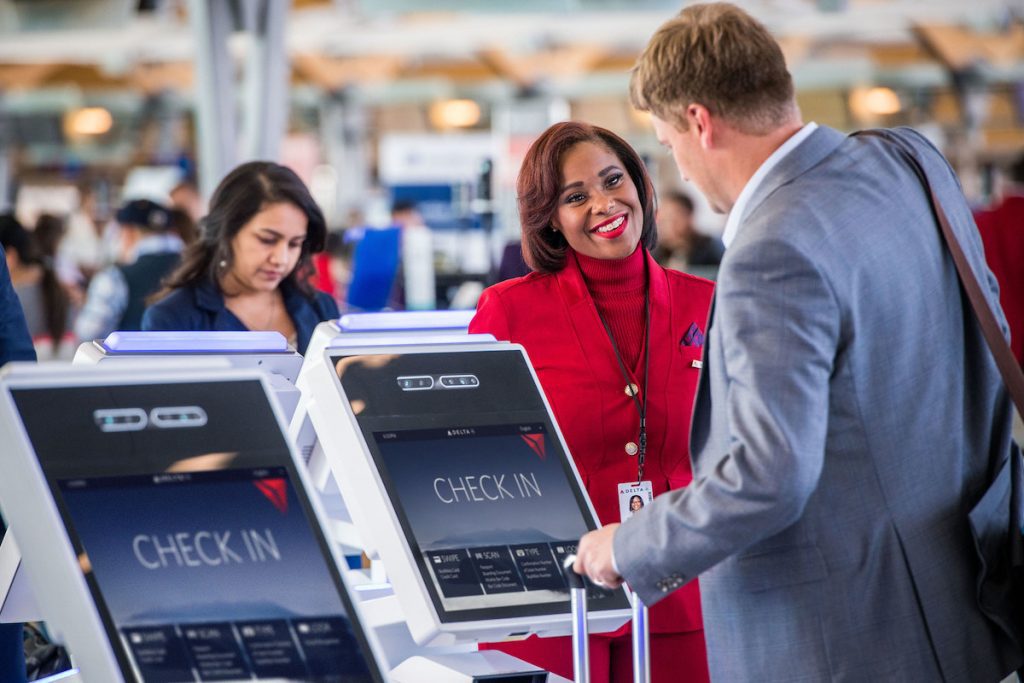 Airline industry bellwether Delta has spoken and the outlook is good. Operational issues are easing in the U.S. and travel demand, particularly among corporations, continues to pick up even as the economic outlook sours.

Delta Air Lines is confident on a robust corporate travel recovery this fall despite broader concerns that the U.S. could fall — or has fallen — into an economic recession.

“There is such pent-up demand for access to our products,” Delta CEO Ed Bastian said during the airline’s second quarter results call on Wednesday. “And, we’re not going to satisfy that thirst in the space of a busy summer period. There’s a lot of that demand to come.”

Bastian’s lieutenant, the Atlanta-based carrier’s president Glen Hauenstein, added that domestic corporate demand was at 80 percent of three years ago in the second quarter, while international was at 65 percent. In addition, a survey of Delta’s corporate customers indicates that they plan to increase business travel come September, particularly internationally and in sectors — which he did not name — that have come back the least from the pandemic. Hauenstein also cited a recent Morgan Stanley Global Corporate Travel Survey that found that corporate travel could recover to 84 percent of 2019 in the second half of the year, which he described as “20 points above the June quarter.”

And, specifically on the threat of a recession, Bastian said that Delta has not seen “any meaningful pullback in demand” — both leisure and corporate — to date.

Delta is the first airline to report second quarter results, and give an outlook for the fall. Summer demand has proven hotter than most carriers could handle with delays and cancellations rampant in the U.S. and, particularly, in Europe amid staffing constraints across the industry. Bastian himself has called out U.S. air traffic control for being the most “stressed” in terms of staffing among industry players the U.S.

But those delays and cancellations, while headaches for travelers and prompting a rare apology from Bastian and other CEOs, are also good for airlines’ bottom lines. Delta saw total revenues jump 10 percent compared to 2019 — the first time quarterly revenues have exceed pre-Covid levels since the pandemic began in 2020 — to $13.8 billion during the second quarter. It expects a further 1-5 percent increase over pre-crisis levels in the third quarter. And American Airlines, the largest air carrier in the world, on Tuesday forecast a 12 percent increase in total revenues for the June quarter versus three years ago.

Raymond James analyst Savanthi Syth wrote Thursday that Delta’s revenue performance, while good, was actually worse than forecast due to its operational issues in May and June. After a spike in flight cancellations and delays, in May Delta thinned its schedule through June, and cancelled roughly 2 percent of its schedule in July and part of August.

But, despite the disruptions, Delta saw many areas of strength in the second quarter. Demand for premium leisure travel — a trend expected to outlast the pandemic — remains strong with premium revenues increasing at a faster pace than those from economy tickets. Revenues from the airline’s co-branded credit card with American Express, at $1.4 billion in the quarter, were 35 percent higher than in 2019. And Delta set a record for new members in its loyalty program.

“We have all the piece parts together,” Bastian said in response to questions on Delta’s remaining recovery to 2019 capacity levels. “We just are very careful that we not incur any of the disruptive influences and elements that we saw during that six-week period from mid-May to June. And we’re going to stay within our capabilities.”

To do that, Delta plans to hold system capacity at roughly 80-85 percent of 2019 levels through the end of the year. Full year 2022 capacity will be roughly 85 percent of three years ago, or five-points lower than the airline’s previous forecast. And that’s saying something: Delta will forgo potential revenue, especially with the demand outlook executives painted Thursday, by capping capacity. But the upside is restoring Delta’s highly-regarded operational performance.

The airline’s focus is on moving through what is primarily a backlog of training new employees over the next five months. The airline has hired roughly 95 percent of the numbers it needs to return to 2019 staffing levels, including thousands of new airport staff, maintenance technicians, and reservations agents. Staffing issues have not only led to cancelled and delayed flights, but also long queues at airports and even restrictions on how long passengers can access Delta’s premium airport lounges before their flights.

As for pilots, where the U.S. industry faces a shortage, Bastian reiterated that Delta has had no issue sourcing pilots and rehired most of the 2,000 crew members who took early out packages in the early days of the pandemic. The airline continues to train new crew members, as well as ones changing the type of aircraft they fly, but still faces a “backup” in the process.

Delta executives did not comment on the impact of the pilot shortage on the airline’s regional affiliates, which is the segment of industry hardest hit by the situation. They also declined to comment on any changes in labor costs, including at subsidiary Endeavor Air following a dramatic increase in wage rates for pilots at American’s wholly-owned regional subsidiaries in June.

One benefit for Delta from all the new hires who are replacing mostly longer-tenured staff who left during the pandemic is what is called “juniority.” Basically, the airline is emerging from a crisis with a newer — or more junior — workforce than before and at lower costs. That will result in cost savings for the airline in coming years once new employees are fully trained and working.

Delta, as expected, posted its first pandemic net profit without the benefit of government aid in the second quarter. The airline made $735 million compared to a $940 million loss the quarter before. But, while revenues increased 10 percent compared to 2019, costs jumped 18 percent to $12.3 billion. Fuel was the single largest contributor to that increase, rising 41 percent to $3.2 billion. Delta flew 18 percent less passenger traffic on 18 percent less capacity than three years ago during the quarter.

The carrier paid an average of $3.82 per gallon for fuel in the June quarter, which was up 85 percent compared to three years ago. However, fuel expenses would have doubled if it was not for a $0.31 benefit that Delta received from its Monroe Energy subsidiary, which operates the Trainer refinery near Philadelphia. Delta finance chief Dan Janki said the refinery “continues to provide a hedge” for the airline during this period of historically high oil prices.

Looking forward, Delta plans to fly 15-17 percent less capacity during the September quarter than it did in 2019. That will help boost revenues, which will be up 1-5 percent, but the question is how much of that will cover the increase in fuel prices. The airline forecasts average fuel expenses of $3.45-3.60 per gallon in the third quarter, or an at least 76 percent jump from 2019.