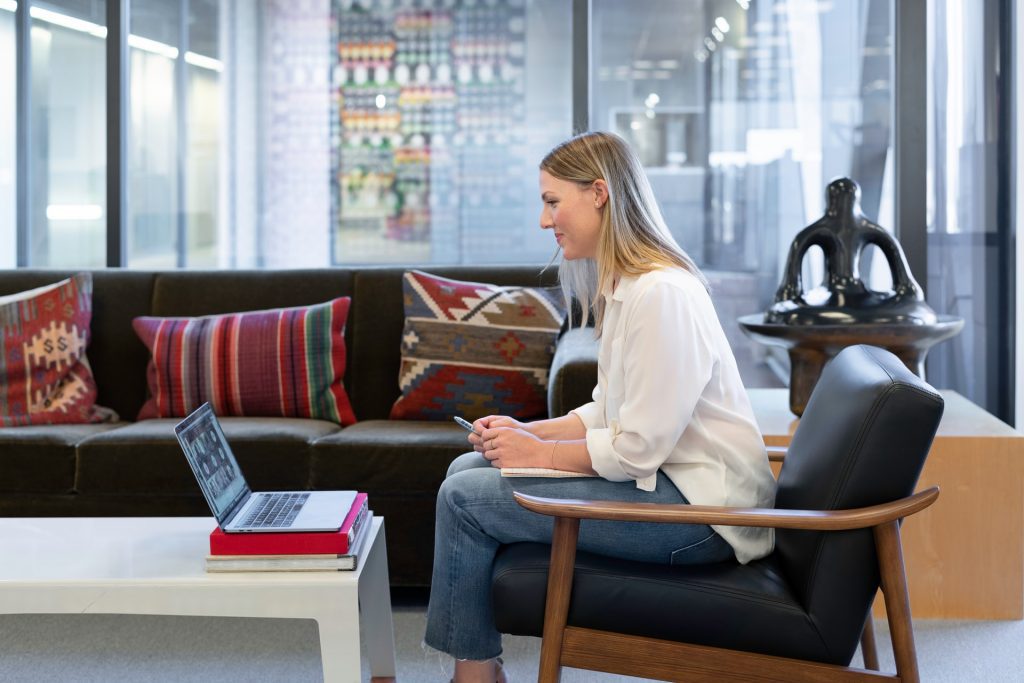 Rather than buy technology, the agency’s meeting division has struck a new type of commercial deal with the fast-growing meeting software firm Bizzabo to tap into virtual meetings. A big bet that those meetings will be here to stay.

American Express Global Business Travel has debuted a new financial partnership with an event software company, which it hopes will drive more meeting and event revenue.

The agency’s American Express Meetings & Events division has entered into a commercial agreement with Bizzabo to expand its virtual meetings technology portfolio.

It represents a new way of doing business, because the agency is able to cherry pick different features from Bizzabo, and take a more consultative role as it competes with rivals that promote their own recently acquired platforms. The partnership expands Amex GBT’s Meetings Marketplace supplier database too.

“We are learning to be technology agnostic,” said Ariana Reed, senior manager, business strategy, meetings and events at Amex GBT. “This allows us to learn multiple technologies and platforms in the space, and use that education to create a more curated set of suppliers. Bizzabo is one of those.”

Reed said this was the first of a series of “more strategic partnerships,” rather than just aligning with a partner for a specific feature or model. The partnership also exposes Amex GBT to Bizzabo’s own clients, which might want to book corporate travel in the future. “We have flexibility in how we allocate the use of their platform, and additionally have a lead pass generation so we’re able to support Bizzabo’s clients as well, from a service delivery standpoint,” she added.

The virtual and hybrid meetings market is fast growing. Before the pandemic, just 4.3 percent of meetings had a virtual element, and 1 percent a hybrid component, according to a survey carried out by Knowland and ConferenceDirect. In 2022, that’s expected to rise to 8.9 percent and 11.5 percent respectively.

Amex GBT’s Global Meetings and Events Forecast predicts that 39 percent of meetings will be hybrid and 19 percent will be virtual only in 2022. Virtual meetings are also being seen as a crucial contingency plan, allowing participants to still attend if travel is restricted.

However, Amex GBT goes up against the likes of rival BCD Travel which was unknowingly well prepared for the pandemic. In October 2019 it bought event production and creative media agency L37, a move described as a “godsend” by one consultant. “Little did BCD realize what an acquisition that was, because it was around virtual meetings. They hammered it through the pandemic,” said Mark O’Brien, managing partner of Avenue 5 Consulting.

Amex GBT’s previous acquisitions in the meetings sector were events management agency Banks Sadler in 2017, and HRG in 2018, which included its meetings and events division.

“Amex GBT is catching up. They both recognize virtual meetings are here to stay, but also from a margin perspective. The margin with meetings and events compared to transient travel is two or three times higher,” he said.

But with its recent acquisition of Egencia, there could be some useful crossover in the future, as Reed said the meetings division will target small and medium-sized customers. “We look to really expand. This is just the beginning of the partnership,” she added.

Meanwhile, virtual meetings are expected to grow in line with company sustainability objectives, as well as changing travel policies. “If you’re non-revenue generating, you’re going to have to go virtual unless you get approval from two or three higher levels of management,” O’Brien said. “If you are generating revenue, you may still be offered the virtual meeting.”