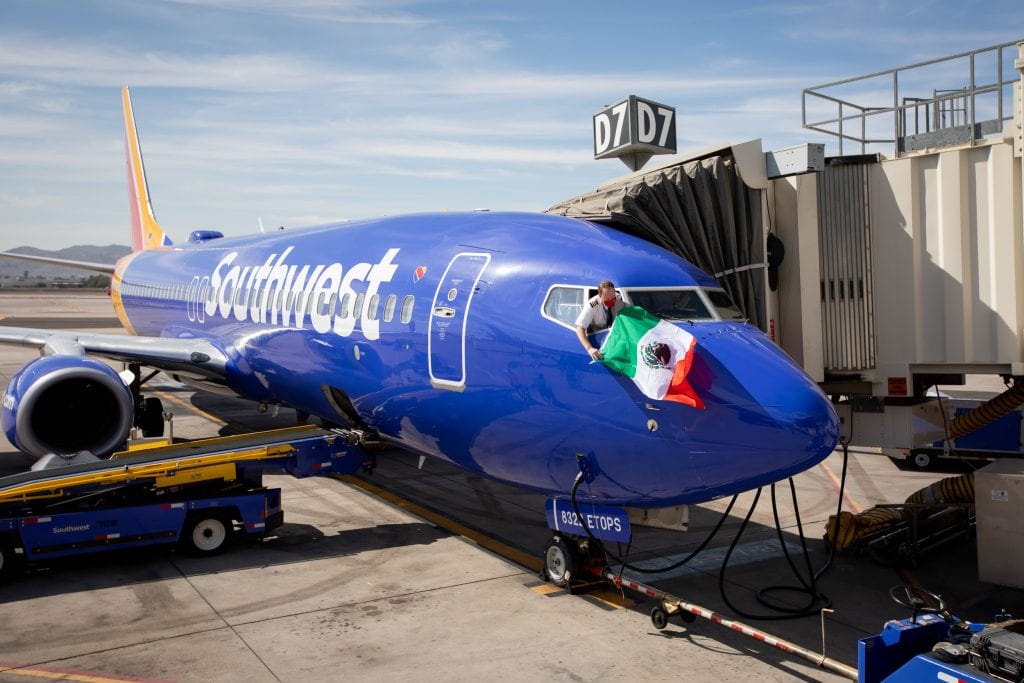 The smart money has Southwest prevailing in this lawsuit against Skiplagged, given the airlines's 17-year history of beating back such alleged interlopers. On the other hand, when it came to an Orbitz lawsuit, Skiplagged knew how to bob and weave.

Citing multiple flight delays because of the sale of “hidden city tickets,” Southwest Airlines filed a federal lawsuit against New York-based Skiplagged, and alleged that it works “in concert” with Czech-based online travel agency Kiwi.com to deceive the public and illegally use the airline’s fare information.

Southwest sued Kiwi.com in a still-pending lawsuit in January in federal court in the Northern District of Texas for trademark violations and unauthorized use of the airline’s flight information, and on July 23 filed a lawsuit against Skiplagged on similar grounds in the same court. Southwest will try to consolidate the two lawsuits into one.

In the lawsuit [embedded below], the airline said it can’t figure out how many of those flight bookings on Kiwi.com originate with Skiplagged.

On Monday, Skiplagged offered a Sarasota, Florida to New York La Guardia itinerary, with a stop in Nashville, Tennessee, on August 19 for $185. The Sarasota-Nashville leg was on Southwest, and Spirit operated the flight from Nashville to LaGuardia.

To book the flights, Skiplagged linked flyers to Kiwi.com to complete the booking.

“In sum, Kiwi is sharing Southwest’s data with its partner, Skiplagged, who, alone and together with Kiwi, has been using Southwest’s data and trademarks to sell tickets (including prohibited “hidden city” tickets) on Southwest Airlines at a markup, without Southwest’s authorization,” the lawsuit alleged.

The lawsuit alleged that both Skiplagged and Kiwi deceive the public because the Southwest fares they offer at times come with added fees, and are costlier than if the traveler purchased the ticket on Southwest.com. Kiwi has also failed to refund flyers for cancelled Southwest flights, the airline claimed.

Skiplagged, according to Southwest’s lawsuit, has countered that it doesn’t claim to sell the airline’s flights at the actual fares sold on Southwest.com.

Asked to comment on the lawsuit, a Kiwi spokesperson said: “We cannot comment on the latest lawsuit itself, but trying to hold back freedom of choice for the consumer, brought about through tech innovation, with aggressive legal action is a sad situation from an airline that was a disruptor themselves.”

Finding deals for hidden city tickets, a Skiplagged specialty, has become a problem for Southwest and other airlines.

A hidden city ticket cited in Southwest’s lawsuit would be a flight from Los Angeles to New York with a stop in Las Vegas. If travelers deplane in Las Vegas, that can often be cheaper than booking Los Angeles to Las Vegas. But Southwest said deplaning at the stopover violates its terms and conditions, and disrupts airline operations.

“For example, flight crews and ground operations employees in connecting cities will attempt to locate connecting passengers (or ‘through’ passengers) for the final leg of the flight, or delay flights when passengers are missing—unaware that a passenger has ended his or her trip in the connecting city,” the lawsuit said. “The practice negatively affects Southwest’s ability to estimate passenger headcounts, causing potential disruptions at the airport gate and maintenance adjustments, such as variations in the amount of jet fuel needed for each flight and proper passenger distribution within the plane.”

Southwest has been trying to bar Kiwi.com from scraping its website and selling its flights for several years, and claimed Skiplagged failed to adhere to a cease and desist letter prohibiting the use of Southwest fare information that the airline sent it several weeks ago.

In litigation filed in early July in the Southern District of New York, Skiplagged seeks a declaratory judgment that it is not breaking Southwest’s terms and conditions because it doesn’t obtain Southwest flight information from the airline.

The airline seeks to recover all of Skiplagged’s profits from selling Southwest’s flights and to obtain compensatory damages. Southwest likewise seeks to bar Skiplagged from using any of its trademarks or obtaining any of its flight information while the lawsuit is pending and permanently, as well.

Here’s a copy of Southwest Airlines versus Skiplagged: