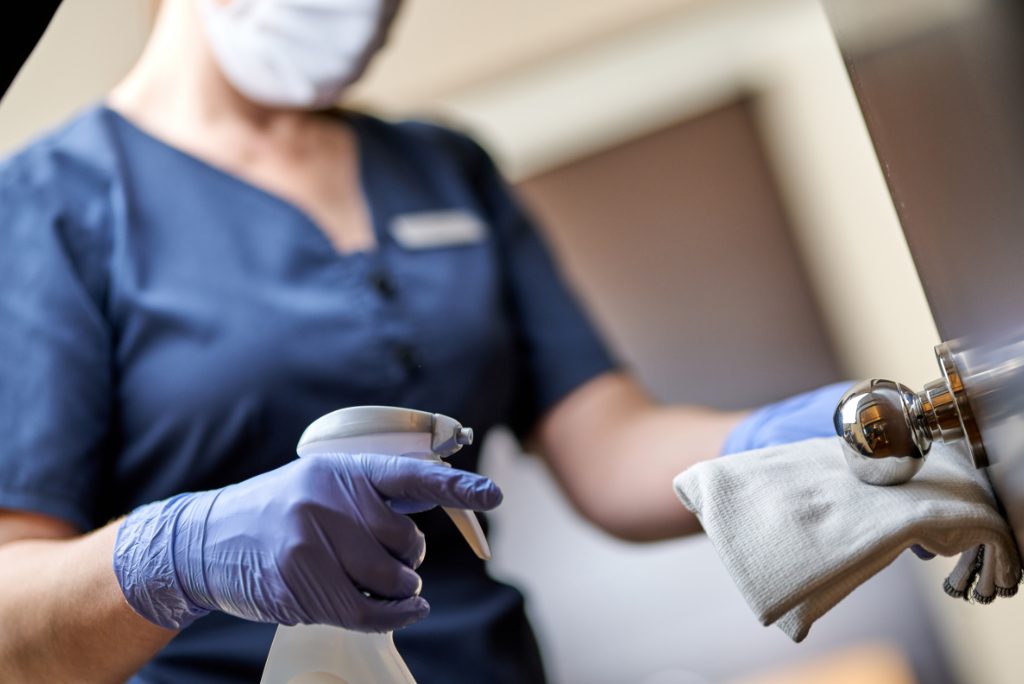 Think of workplace communications tools like Slack or Microsoft Teams. Well, Beekeeper and Lua are versions of those tools built to help hourly workers without desktop computers. Many hotel groups use them to help housekeepers stay up-to-date in the workers' native languages.

Beekeeper, a workplace collaboration tech startup based in Zürich, has acquired Lua, its European counterpart based in Copenhagen.

The companies didn’t disclose the terms of the deal. Beekeeper has raised $83 million in funding to date. Lua had raised $1.2 million. Frontline technologies receive only 1 percent of all venture capital a year, despite “frontliners” accounting for 80 percent of the global workforce, the companies said.

Before the pandemic, both startups ran operational workflow platforms mainly used by hotel companies, such as Mandarin Oriental, Hilton, AC Hotels by Marriott, and Radisson — particularly for digitizing housekeeping departments and overnight crews.

Beekeeper’s and Lua’s mobile apps let companies post videos on changes to operating procedures for their workforces, whether active or furloughed. Managers can share updates to schedules, and workers can pass tasks to other workers as shifts change without the duties getting lost.

The pandemic gave the two startups traction in reaching frontline workers in industries outside of travel, such as healthcare, retail, manufacturing, by offering checklists for sanitization.

The apps let employers communicate with their workforces, whether active or furloughed, in their native languages, thanks to a translation tool. Some workers may be scared about revealing gaps in their language, for example, which Beekeeper attempts to circumvent by offering simultaneous text translations when relevant.

“The fact that it’s super user-friendly and allows employees to communicate in their preferred language leads to fast team adoption,” said Anja Luthje, CEO of Unique Hospitality Solutions and a former executive at Mandarin Oriental Hotel Group. “It supports efficiency in a lean departmental structure that so many organizations are working with currently.”

White-collar managers can sometimes forget that their frontline workers often lack digital savviness when it comes to enterprise software tools or even workplace email. Many hourly workers are more accustomed to using mobile-first consumer apps like Facebook, Whatsapp, and YouTube.

A classic use of Beekeeper is for posting shift schedules. The company itself isn’t in the business of managing schedules. But Beekeeper’s staff-to-staff chat system — think Slack — works with task management services, such as Expedia’s majority-owned Alice and Amadeus’s Service Optimization Software (formerly called HotSOS), which let hotel companies track assignments or chat with guests. The system can also integrate with online training programs, payroll services from companies like ADP and SAP, and other workplace tools.

The European Union’s adoption of stricter privacy laws in 2018 has also made it important for companies to assure proper data practices regarding communication via instant messages among workers.

In 2019, Skift picked Beekeeper as a Startup to Watch.

Photo credit: A hotel chambermaid wiping the door handle with a special disinfectant during the coronavirus pandemic. Beekeeper, a workplace collaboration tech startup, has acquired Lua, its European counterpart based in Copenhagen, to help frontline workers. Adobe