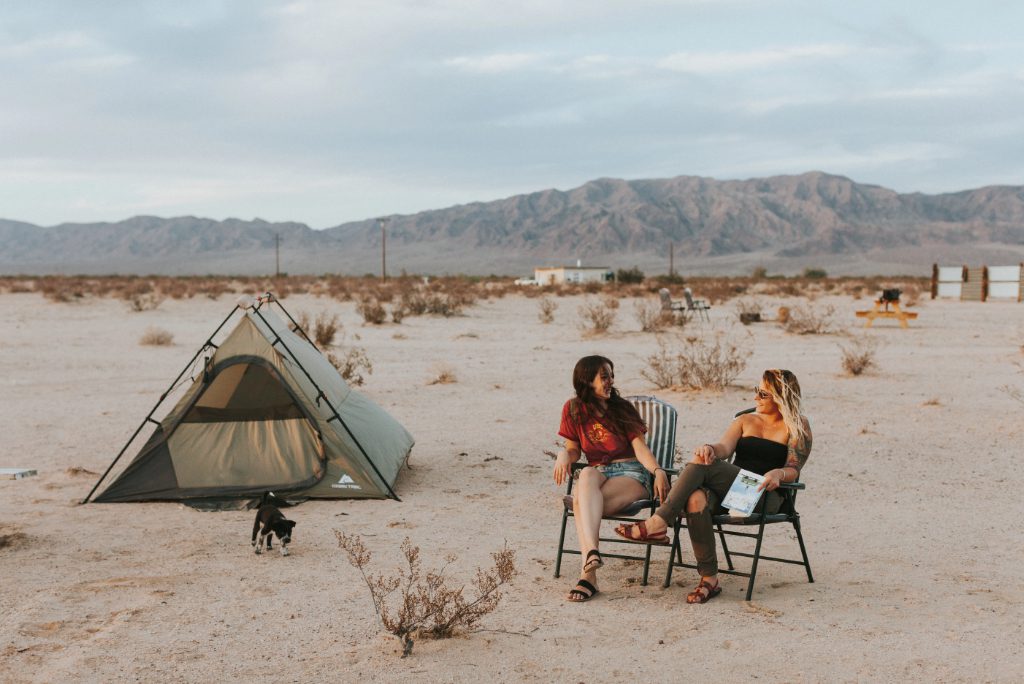 Hipcamp says that demand for quality outdoor experiences has exceeded supply as a long-term trend, not just a pandemic bump. It also claims to create more supply by wooing landowners to create camping experiences. But skeptics will wonder if a valuation north of $300 million is justified for the company.

Hipcamp, a startup that pairs people who wish to pitch their tents with landowners who want to accommodate them, has finalized $57 million of investment in a Series C funding round.

The San Francisco company’s marketplace encourages ranchers, farmers, and other private landowners to enter the camping and outdoors sector as a sideline activity. So it has been compared to the early Airbnb, which encouraged people who hadn’t rented property to start doing so, and which had a spectacular initial public offering last month.

The round of investment places a valuation exceeding $300 million on Hipcamp, according to The Information, which broke the story and said investors included Index Ventures and Bond Capital. The valuation was lower than the $500 million previously reported, according to venture capital newsletter Newcomer.

Hipcamp didn’t respond to a request for comment at publication time.

UPDATE: A Hicamp spokeswoman said there is more to the story than was reported by The Information but she did not elaborate.

In 2019 it raised $25 million, led by Andreessen Horowitz. It previously announced $9.5 million in Series A funding in 2018, with Benchmark, August Capital, O’Reilly AlphaTech Ventures, and Slow Ventures taking part. Alyssa Ravasio, the founder and CEO of Hipcamp, said in December at Skift’s Outdoor Summit that the company’s mission is to get people outdoors to improve their outlook and the health of the environment.

In August, Hipcamp acquired Youcamp, its counterpart in Australia. An entry into Europe, possibly via an acquisition, seems like a logical next step for the company.

“As we look forward to more international expansion, we’re open to all creative ideas,” Ravasio told Skift in August.

Pitchup, which works to match campers with campgrounds, holiday parks, or other outdoor activities, has sold more than 14 million nights since it launched online booking in 2010. It generated $4.5 million in revenue in 2018, the most recent year it revealed a figure, and it processed $40 million in gross transaction value last year.

When investing in Hipcamp a year ago, Andrew Chen, general partner at Andreessen Horowitz, said, “Hipcamp is at the nexus of several cultural movements: the re-embracing of the outdoors, growth of travel and adventure-seeking industries and land conservation and improvement efforts.”

Photo credit: Tent campers at Joshua Tree National Park in the U.S. Hipcamp, a travel startup that pairs campers with landowners, has finalized $57 million of investment in a Series C funding round. Hipcamp