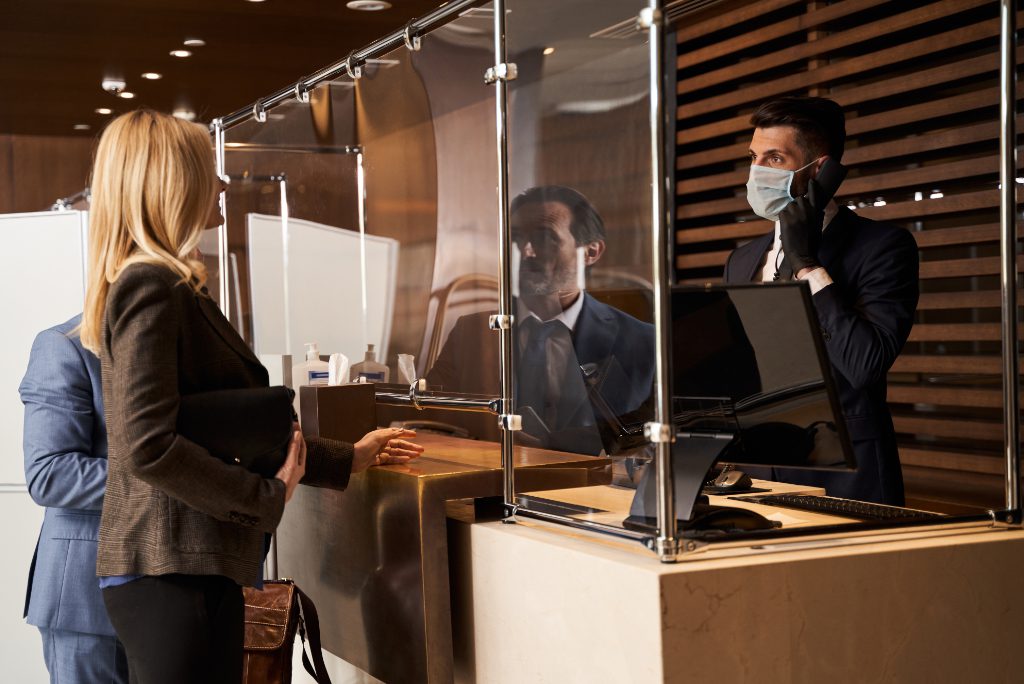 Contactless tech is buzzy as a form of pandemic harm reduction. But hotel companies will only front money for digital tools if the tech will steeply slice their costs long-term.

Rajiv Trivedi never thought in his two-decade career as a hotel executive that he’d someday take a stake in a contactless tech startup. But the former president of La Quinta Hotels said Tuesday that he has invested in Virdee.

Trivedi’s investment firm TST Capital has helped the Austin-based startup Virdee close a $2 million seed round, Skift has learned. The amount of money is less impressive than the underlying business trend, which aims to suture the sector’s wounds. As Skift CEO Rafat Ali recently put it, “Hotel check-ins are a vestige of the past.”

Automating or replacing check-in has been promised for years. Yet a majority of stays at hotels worldwide continue today require a check-in with a front desk clerk.

A few hurdles remain. One key sticking point has been payment verification to prevent fraud. Another has been an inability to accept all forms of payment. A third has been obstacles to integrating with the core property management systems [PMS] hotel companies use. attempted tech solutions have often faltered due to a lack of completeness.

“The pandemic is going to be a catalyst that speeds up hotel adoption of contactless and mobile-first technology for guest interactions,” said Trivedi.

Virdee focuses on automating hotel check-ins. Guests use a kiosk or a white-labeled app to check-in. The system scans their photo-based identity, processes their payment method, and issues virtual or physical room keys.

The startup is installing its system in a couple of unnamed extended stay hotels in New York, Seattle, and Cincinnati.

“One of the highest cost rises the U.S. hotel sector saw before the pandemic was in labor, meaning finding the right people and retaining them,” said Trivedi. “We believe this tech can reduce the number of people you’ll need in the reception area at peak hours.”

From Hotelier to Tech Investor

Trivedi has become chairman of the board of Virdee. That’s a career pivot for an executive who had helped build the midscale, U.S.-based La Quinta brand from 270 hotels to more than 900 open franchised properties over a decade.

But Trivedi believes his experience as a hotelier helps him see a rare opportunity. “I never thought I’d be investing in technology,” Trivedi said. “But about five months ago, I was introduced to the founders of Virdee. I became convinced that their version of a virtual concierge could gain traction with brands. I’ve shown it to franchise owners of multiple brands across many assets, and their response has been positive.”

The pandemic has gutted much of the sector. Most hotel franchisees are striving to break even, given soaring vacancies.

Virdee is currently offering to install its technology at properties at no upfront cost. Trivedi anticipates the cost not to exceed more than $15 per key per month assuming. That means $1,500 a month for a 100-room hotel a month, assuming peak occupancy.

“We will charge on a percentage of occupancy, so in a low demand environment, the number will be less,” Trivedi said. “If you cut one front desk person per month, you’re talking a saving of about $3,500 a month.”

“Besides the labor cost, one of the largest costs hoteliers have today is fraudulent credit card chargebacks,” Trivedi said. “Our system matches a picture photo ID. It reads the credit card in a secured reading while also matching it with the name on the ID. So that process will reduce the risk of fraud because you have much greater proof a person made a transaction.”

Trivedi said his company’s tech could accept all forms of payment, from credit cards to Apple Pay, except for cash, and he says cash is rarely used in the U.S. today. Virdee’s kiosks ask guests to scan their identification, such as a driver’s license. The kiosk scans that ID against a third-party security database from First Advantage to validate that the person is who they say they are and to vet that they’re not a known criminal.

If a hotel has electronic locks, Virdee can issue a key via a wallet on a guest’s smartphone. If the property has magnetic locks, the kiosk can dispense a plastic key instead. If something goes wrong, the guest can push a button to talk to a call center agent, who can, in turn, contact a hotel staff member if they can’t resolve the issue themselves.

“A PMS integration is critical, but that cost is on us and not a separate charge for the hotel,” Trivedi said. “Virdee extracts the critical information from an arrival list. So a walk-in guest can enter their information into our kiosk. We can flow that into the PMS. The guest can also choose the room or do an upgrade.”

Contactless tech predates the pandemic. But vendors have struggled to integrate their tools into the technology systems most hotels use, according to the new Skift Research report Contactless Tech in Hospitality 2020.

Photo credit: Male receptionist wearing a medical mask and rubber gloves while being at work and looking at the visitors with a phone in his hand. Adobe.