Politics Edge Out the Planet in Rescue of Struggling Airline Flybe 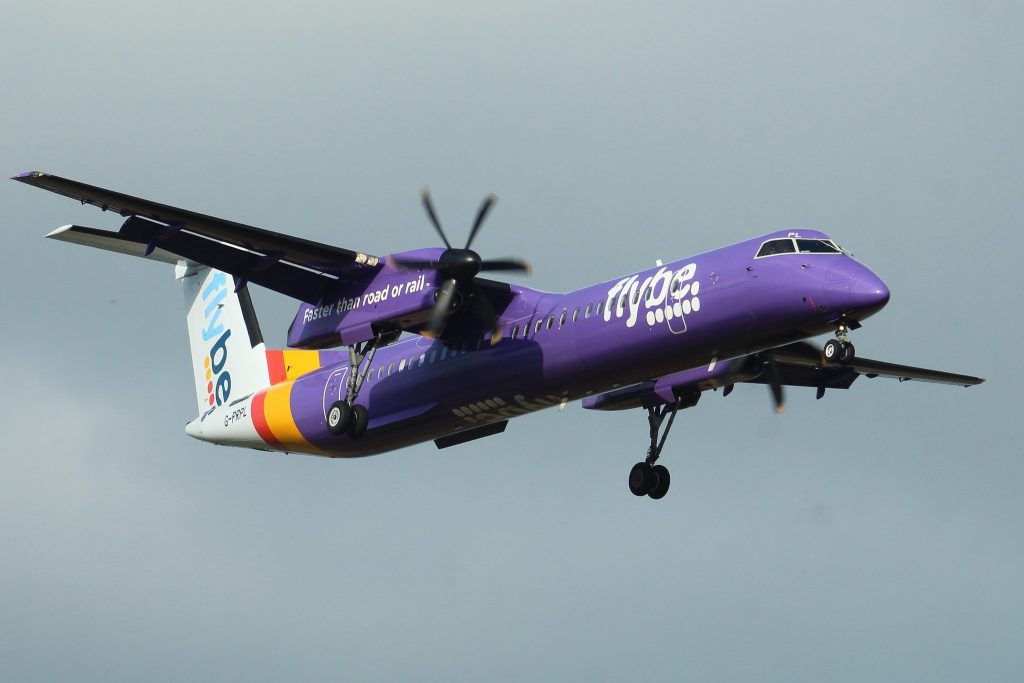 Skift Take
Flybe lives to fight another day, but at what cost? The UK government is effectively giving a helping hand to some very rich companies, without providing any of the details. This deal stinks.
— Patrick Whyte
Share
Tweet
Share
Post
Send

The UK government has stepped in to save struggling regional airline Flybe.

The carrier, which serves domestic and short-haul routes across northern and western Europe, lives to fight another day after a rescue deal cobbled together with its owners and politicians. Everyone seemed to have an opinion on the bailout, including environmentalists who argued the available UK rail system as an alternative would be less harmful to the environment than backing a carbon-spewing airline.

What’s more, the decision to back the airline contradicts previous stances on the likes of Thomas Cook and Monarch. Both of these companies collapsed.

“I am delighted that we have managed to reach an agreement with Flybe shareholders to keep the company in operation, ensuring that regions across the country can continue to be connected,” Business Secretary Andrea Leadsom said.

Aside from a review of “regional connectivity” and the UK’s aviation tax, the official announcement didn’t reveal much. Representatives from Flybe were similarly tight-lipped, offering only a bland statement that didn’t go into the specifics of their widely-reported financial problems.

“We are pleased with the support received from the Government and the positive outcome for our people, our customers and the UK.  Flybe remains committed to providing exceptional air connectivity for the UK regions with the full support of its shareholders,” the airline said.

Skift has pressed both Flybe and the government for specifics but both declined to go into further details.

Not everyone is happy with the news.

British Airways-owner IAG has submitted a complaint to the European Union’s  competition authority about what it describes as “the state aid that the UK government has granted to Flybe.”

“Prior to the acquisition of Flybe by the consortium, which includes Virgin/Delta, Flybe argued for tax payers to fund its operations by subsidising regional routes. Virgin/Delta now want the taxpayer to pick up the tab for their mismanagement of the airline. This is a blatant misuse of public funds,” Walsh said.

“Flybe’s precarious situation makes a mockery of the promises the airline, its shareholders and Heathrow have made about the expansion of regional flights if a third runway is built.”

Flybe’s ownership, its history of financial struggles as well as environmental considerations, however, make the government’s decision a controversial one.

Last year was supposed to herald a bright new future for the airline, thanks to its new owners. A consortium of buyers, including Richard Branson’s Virgin Atlantic took control, promising to secure the airline’s long-term future.

“Our whole team is focused on redefining the experience for our customers, as we rediscover the excitement and passion of being Europe’s largest regional airline,” Mark Anderson, CEO of new owner Connect Airways, said after gaining merger clearance from the European Commission.

At the time much was made of the buyers’ intention “to provide up to £80 [$104] million of further funding to the combined group to invest in its business and support its growth”.

Six months later the airline was begging for help.

Much of the reporting around the airline’s struggles has focused on its supposedly onerous tax bill with a suggestion that the UK government could postpone the collection of Air Passenger Duty.

Along with plenty of other airlines, Flybe has long complained about the impact of the tax. Almost all passengers on flights leaving UK airports pay a fee, ranging from $17 [£13] to $670 [£515] for the current financial year.

That sounds like a significant range but in reality Flybe passengers only pay $17 [£13] as all short-haul economy flights within Europe, including domestic routes, attract the lowest price point.

The only slight problem for Flybe is that for a return journey within the UK, that $17 [£13] doubles to $34 [£26]. For price-conscious consumers it might be enough for them to switch to other forms of transport, but in the age of climate-awareness is that a bad thing?

Flybe’s core business is flying from smaller regional airports on turbo-prop aircraft. At a lot of these airports, such as Exeter and Southampton, Flybe is the main airline. If it disappeared these airports would struggle.

But it’s worth flipping the question. Given the environmental issues associated with air travel, should we be offering domestic or short-haul routes at all? After all, the UK is a small country with a decent rail network.

Some of these routes connect up islands with the UK mainland and while there is often an alternative airline available, the routes at least make sense. Flying is less justified between two destinations connect by rail.

Flybe’s route between Cornwall Airport Newquay, in the South-West of England, and London Heathrow is a case in point. The UK government subsidizes the route. Flybe actually switched away from the smaller Gatwick airport, earning it more money.

“This is fantastic news for the airport, region and the greater South West of the UK,” Al Titterington, managing director of Cornwall Airport Newquay, said in November 2018.

The train journey between London and Newquay takes just over five hours and those in favor of flying between the two destinations would point to a flight time of just over an hour. But this ignores the travel and expense of getting to Heathrow and also allowing time to check in and board. The gap between the two is smaller than most people think.

This isn’t exactly the same across all domestic and short-haul European routes but as websites such as the Man in Seat 61 show, rail travel is frequently a viable option.

There’s also the environmental option to consider. Air travel is much worse in terms of carbon emissions than the train.

“A deferral or cut to aviation taxes shouldn’t even be considered by this government. Such a move will only further incentivize individuals to choose high polluting air travel over lower carbon alternatives such as rail,” said Andrew Murphy, aviation manager at Brussels-based NGO Transport & Environment.

“If any change to the tax is needed, it’s that some of the revenue could be earmarked for a Just Transition fund for workers affected by falling passenger demand”

So why is the UK government helping Flybe?

Shortly after becoming prime minister last summer Boris Johnson gave a speech pledging a $4.7 billion [£3.6 billion] boost for deprived towns it was all part of a strategy to win over voters outside of London and in many ways it worked. In the December general election he secured a substantial parliamentary majority.

Flybe’s predicament puts the government in a tricky situation. It stood by and let a similar sized airline — Thomas Cook — collapse last year but doing the same again would look pretty bad given its promises to rebalance the UK economy.

On Monday Johnson said it wasn’t the government’s job to “step in and save companies that simply run into trouble” but a day later that’s effectively what happened.

Reports suggest the government has deferred the collection of air passenger duty and is talking about a potential short-term loan.

Why is Flybe in Trouble… Again?

Although Flybe has said it doesn’t “comment on rumour or speculation”, most of the reporting around the airline’s struggled has focused on aviation tax.

“One of the advantages of leaving the EU is the possibility of cutting or removing APD [air passenger duty] on domestic travel. It’s an anomaly that particularly hurts regional aviation as it’s levied on both legs of a return journey,” Tim Alderslade, CEO of lobbying group Airlines UK, said.

But is tax really to blame in Flybe’s case? Flybe effectively stopped being a public company when it sold its operating subsidiaries to the Connect Airways consortium in early 2019. Since going private the company (Flybe Limited) has managed to avoid further scrutiny by extending its accounting period, meaning that its next update isn’t due til April.

It’s most recent set of accounts don’t point to a revenue problem but a costs one.

Remember that passengers pay aviation tax, airlines then collect it before passing it on to the government. If it was having a detrimental effect, numbers would fall, right? That’s not the case. In 2018 they rose 7.7 percent to 9.5 million. of course things might have changed since then but that seems unlikely.

The more likely culprit is a loss-making business model. Flybe has spent years counting the costs of a muddled aircraft strategy, which left it trying to find a home for costly jet-engine aircraft. Eventually, it moved to mostly turbo-prop fleet of but it cost the company millions.

The UK government might have provided some much needed short-term help but if the company doesn’t sort itself, we’ll likely be back at the same point in the not-to-distant future.