Can Travel Advisors Help Hawaii Deal With Its Tourism Issues? The many travel advisors who sell Hawaii certainly have a part to play in contributing to Hawaii's sustainable future.

Hawaii has been struggling for a long time to reconcile its economic dependence on visitors with frustration among local residents about tourism’s environmental and social impact. It’s certainly been true since I started writing about Hawaii for business travel publications over 30 years ago. One example that stands out is the development of the Hawaii Convention Center, a project widely regarded with fear and loathing among Honolulu residents for decades.

With Hawaii’s tourism industry booming more than ever these days, new conflicts are arising. Once little-known wilderness areas are now crowded with visitors, some of them pursuing Instagram-worthy photos while ignoring safety warnings from locals. Surveys show that a growing number of Hawaiians believe the state is being run for tourists at their expense.

As a result, tourism marketers are devising strategies that balance promotion with encouraging visitors to show respect for Hawaii’s physical and cultural environment. The many travel advisors who sell Hawaii certainly have a part to play in this as well. 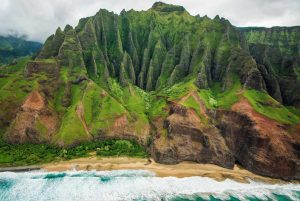 Instagram and Google Maps Contribute to Hawaii Tourists Behaving Badly: Hawaii, with its isolated location, fragile ecosystem, and deep-rooted local culture, faces even more problems with overtourism than most popular destinations do. Tourism marketers are looking at ways to manage the situation, but it’s a huge challenge.

Ninan Chacko Is Out at Travel Leaders Group: Ninan Chacko’s abrupt exit as CEO of Travel Leaders Group elicited “wows” across the travel industry when people heard the news. The reasons behind his departure, and what new strategy controlling shareholder Certares Management has in mind are mere speculation for now.

The Megatrends Defining Travel in 2020: From the new role of subscription travel to the importance of urban living innovations and the impact of Gen Z, these are among the megatrends in travel we’re watching in 2020.

A New Market for On-Demand Luxury Fashion Delivers: Rental is the future of fashion, and the trend could transform how we pack and plan for upcoming trips. What businesses are ready to serve the demand?

Puerto Rico’s Tourism Industry Put to the Test Once Again in a Series of Quakes: Puerto Rico has taken a battering in recent days, with a series of earthquakes affecting the southern part of the U.S. territory. The island’s tourism industry has had plenty of opportunities to prove its resilience recently; this will be another.

Australia’s Tourism Needs a Crisis Communications Plan — Stat: With vivid images and videos of a burning Australia, and words such as “apocalyptic” and “atomic” being flung about, the tourism industry needs to quickly deploy a plan that is sensitive and achievable.

Rivalries Between Boutique Hotels Heat Up in College Towns: Graduate Hotels has grown to 22 hotels in college towns in six years. Now it intends to face down new competition by branching out to larger urban markets where it can continue to appeal to people involved in universities but also attract other clientele.

Hotel Development Plans in Washington, D.C. Hit a Supply-and-Demand Snag: More people are visiting the U.S. capital, but occupancy rates and revenue per room have not budged much. Chalk it up to an old-fashioned economics problem of supply and demand, but that’s not stopping developers from building more hotels.

Minor’s NH Swoops Up Portfolio Paving Way for More Anantara Hotels: Getting not one but eight fancy hotels in prime locations in Europe in one fell swoop is a rare deal, and Thailand’s Minor International is off to a good start in 2020 with this coup by its subsidiary NH Hotel Group.

Tour Injury Lawsuit Tests Whether TripAdvisor Is Liability-Free: Bulletproof legal immunity for “platforms” like TripAdvisor seems to have softened in recent years. What’s certain is that as tours and activities go more mainstream as an option on booking sites, intermediaries will have to put more effort into vetting the tour operators.

Coupa is Gunning for SAP Concurs’ Share of the Travel Expense Business: Most corporate travelers would rather think about anything else than booking and expensing travel. That’s why companies are scrambling to help reduce that pain point for road warriors. We expect Coupa, Certify, Chrome River, and SAP Concur to acquire more travel tech companies to help seize the opportunity.

Sign up for the Free Skift Travel Advisor Newsletter

Photo credit: Pictured is Waikiki. Hawaii residents are increasingly question who are the real beneficiary's of the state's tourism. Hawaii Visitors & Convention Bureau