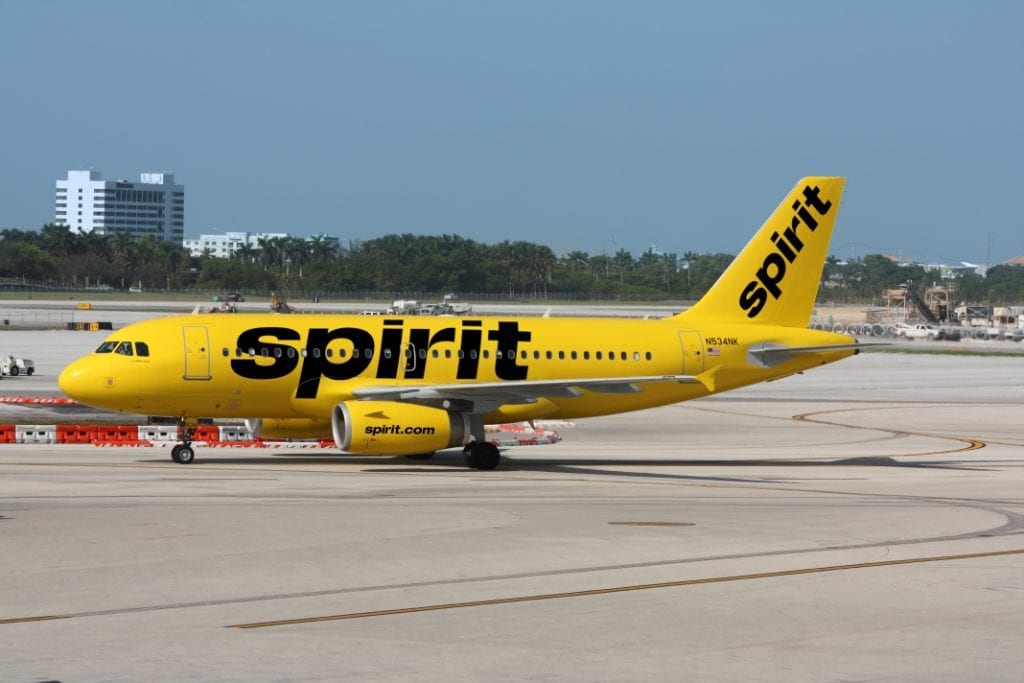 Spirit's decision to buy more airline technology from Sabre signals two things. Sabre has overcome a sales slump. And Spirit is investing to cope with its growth.

The trend is a turnabout. For years, carriers complained about Sabre’s tech. The tools aim to help airlines with operations, such as recovering when storms or mechanical failures cause flight cancellations.

Spirit, a Florida-based carrier, has long been managing its operations with Sabre’s products. But like many airlines, Spirit wanted fixes.

“The tech was great in its day if you will,” said Rocky Wiggins, chief information officer of Spirit Airlines.

“But the speed with which airlines need to make decisions and tune the operation is ever increasing,” said Wiggins. “So, as an industry, we’re always looking for improvements.”

Many airline executives became jaded with Sabre’s reliability and innovativeness in recent years.

In January 2017, Sean Menke became CEO. He decided the products needed an overhaul.

“Quite candidly, we were having some outages and some product issues,” said Douglas Barnett, Sabre’s chief financial officer, during an Oppenheimer conference last week. “And [Shirk] really focused on, what I’ll call, the health and the stability of the products.”

Recently Sabre launched its overhauled products, called the Sabre Operations Platform. Spirit is the first significant North American airline to opt to use all these services.

Sabre dominates sales with its rival, Amadeus. Together, they sell three-quarters of the IT products airlines buy. Sabre has sized the market at about $5 billion a year. Its core AirCentre Operations Suite — which Sabre has bet on — addresses about $1 billion a year out of that market.

During the past two years, Sabre has navigated through a heavy renewal cycle. It renewed 94 percent of the contract value for its SabreSonic, AirVision, and AirCentre products. It now has about 75 percent of the segment’s current revenue under contract through 2023.

The company is now looking beyond renewals to upselling current clients and winning new ones. During the second quarter, Sabre grew its revenues for its AirVison and AirCentre products by 15 percent.

But it’s still early days. A couple of other airlines have committed to similar broad usage agreements as Spirit has, while other airlines use more than one of the solutions.

Sabre is best known for helping airlines distribute their fares to travel agencies. But about a fifth of its revenues come from software-as-a-service solutions for airlines.

Since 2016, Spirit has been attempting to improve its operational performance. Once plagued by delays, the airline has made progress. It’s now looking for newer software to help it recover from storms and other surprises.

“We’ve seen a tremendous improvement in the optimization of flight plans,” said Wiggins. “We’re growing very fast. At a fast rate, we’re bringing new aircraft into our fleet and growing our network of stops. From an IT perspective, we need to anticipate the growth.”

Spirit is upgrading, one-by-one. The airline is replacing Sabre’s older tool, Plot, with its new one, AirCentre Movement Manager.

“It has a more efficient interface for our operations control team,” said Wiggins. “It brings improved tools and more efficient techniques for us to see where all our planes are going. We see which plane is going to get which flight number, and so forth. It can also scale to handle a much larger airline.”

Up next will be AirCentre Movement Manager. Spirit aims to convert to it from CrewTrac by the end of the year.

“What’s really cool about it is that it has built-in optimizers for crew recovery,” Wiggins said. “That will allow us to make on-the-fly adjustments.”

Crew Manager is the most complicated product for Spirit to put in place, Wiggins said. “We’ll start on it in a few months and put it into production around the end of 2020.”

Spirit likes that Sabre’s tools talk much better with each other than they did in the past. Sabre opened its application programming interfaces (APIs), or an uptempo method of exchanging information. This move has streamlined and sped up the exchange of data. Sabre’s tools now talk well with a tool the airline built to watch operations.

“Sabre never had the level of integration anywhere near what we see in its newest products,” Wiggins said. “It lets us grow or experiment with less heavy lifting.”

Again, the tech vendor still needs to improve its full suite of offerings. Some of its solutions don’t yet incorporate APIs.

“We are approaching all of our new solutions with a pro-API mindset,” said Cam Kenyon, Sabre’s senior vice president, product management, operations solutions.

Sabre primarily competes with Amadeus in the market. Spirit, for example, remains a customer of Navitaire, one of Amadeus’s passenger service systems.

Sabre hasn’t announced major customer wins for this product in some time. Some analysts expect slow growth to continue.

“We believe softer passenger growth, limited room for pricing improvement, and headwinds from three client de-conversions in 2019 will likely drive tepid revenue growth in the Airline Solutions segment over the next 18-24 months,” said James Schneider, an analyst at Goldman Sachs, in a June note.