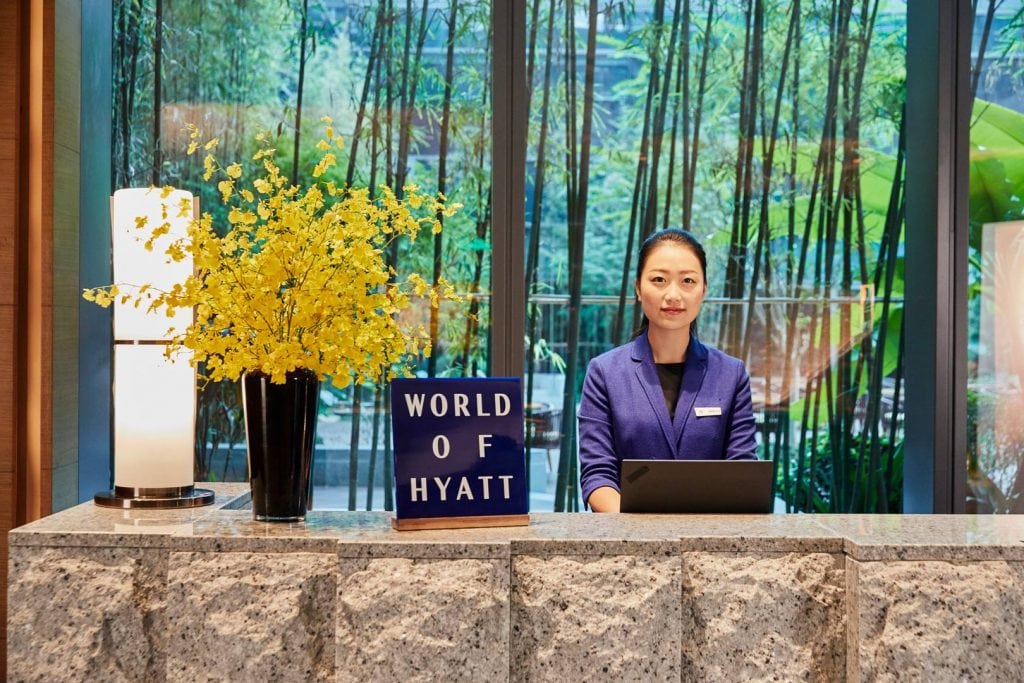 Hyatt keeps packing on the partnerships to please reward members, which is probably the smart play for the time being. Creating alliances with hoteliers is a faster solution than building a slew of new properties in new markets from scratch.

Hyatt’s acquisition of the Two Roads Hospitality in December was intended to both fill a gap in under-penetrated foreign markets and offer World of Hyatt loyalty members more variety in options to stay as they earn points.

Of its five new hotel brands — including Alila, Destination Hotels, tommie, Thompson, and Joie de Vivre — only the latter two have been converted into its loyalty network to date, with luxury resort brand Alila and Destination Hotels to follow in the coming months, according to the company.

Marriott learned the hard way about how difficult integrating new hotel brands can be after its acquisition of Starwood Hotels in 2016 for $13.3 billion. Two years after the deal closed, the world’s largest hotel chain still faced obstacles in navigating Starwood’s legacy systems, along with an abundance of IT issues in getting rewards accounts to sync. Hotel owners also claimed they could not close agreements with meeting or event groups as seamlessly after migrating to new sales software.

Hotel Partnerships Are Good Too

Much like its competitors, the Chicago-based Hyatt is keen on teaming up with hoteliers around the world to entice travelers to join World of Hyatt and conceitedly reward existing members. Hyatt currently has 16 million loyalty members, it says.

Last summer, the company named London-based Small Luxury Hotels as an official rewards partner. Roughly 85 percent of Small Luxury Hotel’s 500 properties were in markets Hyatt did not have a physical presence in at the time, Amy Weinberg, senior vice president of World of Hyatt, told Skift at the NYU Hospitality Industry Investment Conference last week.

“Something that we’ve heard from members is that ‘you don’t have hotels in everywhere that I want to travel,’” Weinberg said, adding that over 200 Small Luxury Hotels are on the World of Hyatt loyalty network today.

Hyatt’s purchase of Two Roads Hospitality only helped to rectify members concerns. According to Weinberg, Hyatt added 23 new markets across Europe and Asia thanks to the acquisition, along with 10 new ski locations and 40 spas for guests to lodge.

“We will continue to hear what s important for members and through partnerships, or our existing portfolio, find ways to complement the travel journey,” she said. Hyatt on Tuesday also announced a new partnership with high-end adventure travel company Lindblad Expeditions.

In addition to M&A activity and loyalty partnerships, Hyatt will expand into new markets the old-fashioned way, Hoplamazian said. Hyatt plans to increase its unit count by 7 percent in 2019, having already opened hotels in Germany, Italy, and Austria this year.

Contrary to the U.S. and China, Hyatt finds revenue per available room (RevPAR), a standard measurement of success in the hotel industry, to be growing at a healthy clip in several European markets. The company’s systemwide guidance of 1 percent to 3 percent RevPAR growth for 2019 is right in line with analyst firm PwC’s estimates of 2 percent for the year.

“I feel very confident about our ability to maintain that unit growth,” Hoplamazian told investors. “But maybe more importantly, we’ve also expanded our pipeline even as we’ve maintained this very high level of unit growth.”

Hyatt has 445 hotels and 89,000 rooms available to guests as of the end of 2018, according to its website. More than 70 percent of those rooms are in the Americas.

This story was updated to include the number of Hyatt loyalty members.