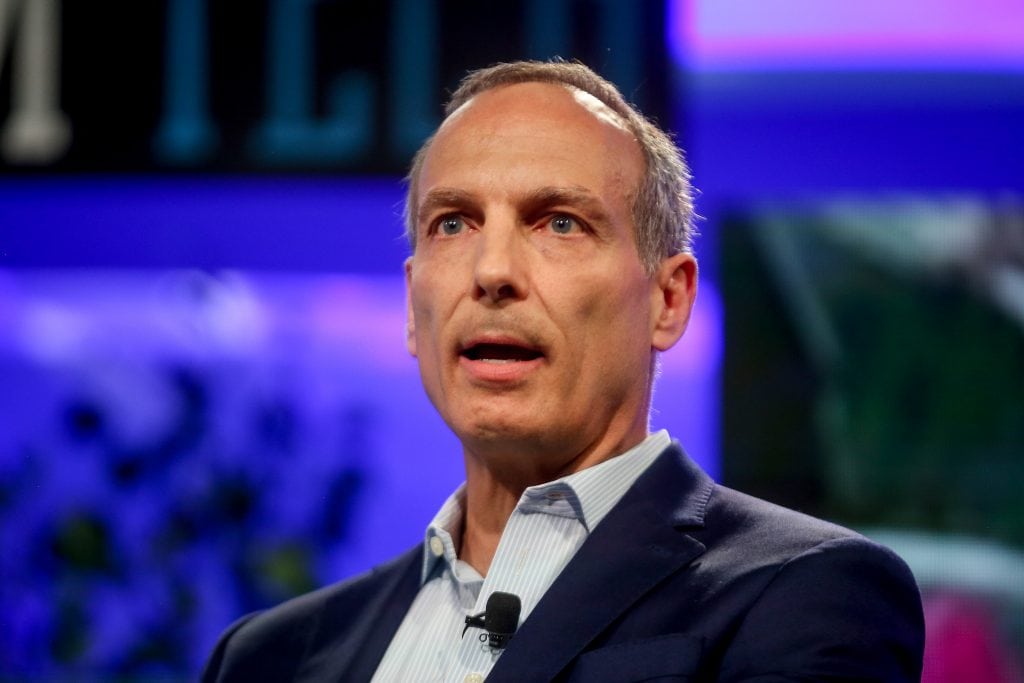 Skift Take
Booking Holdings’ Glenn Fogel, whose background is in mergers and acquisitions, was undoubtably not surprised when Airbnb bought HotelTonight. We’d be shocked if he and others hadn’t kicked the tires.
— Dennis Schaal
Share
Tweet
Share
Post
Send

When it comes to Airbnb’s more than $400 million acquisition of HotelTonight, Booking Holdings CEO Glenn Fogel said it was hardly a secret that Airbnb would be expanding its hotel business since it already “brought on boutique hotels.”

Referring to HotelTonight as a “very, very small company,” Fogel said Tuesday he’s not sure that adding the hotel-booking startup represents anything different than what Airbnb previously discussed. Fogel was speaking at a Bank of America Merrill Lynch retail technology conference.

“And we should’ve known that Airbnb had wanted to expand out beyond just doing home, and they’re going to do that,” Fogel said. “We believe that it’s a little bit — it’s sort of flattering to us — because we’ve always believed that the right presentation to a consumer is to show all the types of accommodations. And we’ve always believed that, so they started copying us and doing that.”

However, Fogel didn’t mentionb that Airbnb is likewise making a big push for its Instant Book feature, and in 2017 more than half its listings were instantly bookable.

“We have 29 million or 28 million listings,” Fogel said. “It’s enormous. Airbnb has 6 (million). We think we just provide a better solution for travelers around the world.”

Of course, the requirement that all of Booking.com’s listings be instantly bookable is likely hurting it with owners of individual vacation homes, many of whom like to vet travelers before accepting reservations.

One thing to consider about Booking’s overall listings lead, if you count hotels and alternative lodging is that Booking Holdings is more than two decades old, and Airbnb was founded in 2008. In the alternative accommodations sphere, Airbnb claims more than 6 million listings to Booking.com’s roughly 5.7 million.

The wide property count edge that Booking has over Airbnb will undoubtedly narrow over time, and perhaps HotelTonight can play a small role in narrowing the gap. It’s unclear if Airbnb will eventually opt to add traditional — and not just boutique — hotels, but it would likely have to do so if it is to compete for comprehensiveness.

On the other hand, if Airbnb expanded into traditional hotels, it would have to grapple with commoditization, or losing what makes the company special.

TripAdvisor Has a Different View

Fogel didn’t mention what the Airbnb-HotelTonight merger might mean for Kayak, Booking’s in-house metasearch arm, but TripAdvisor CFO Ernst Teunissen was mildly upbeat about the implications.

Teunissen, speaking Monday at a Deutsche Bank media and technology conference, noted that HotelTonight has been a participant in TripAdvisor’s bidding marketplace to sell its rooms for boutique hotels.

“Look, I don’t know exactly what this means for Airbnb’s plans on the hotel side,” Teunissen said. “Obviously, better to ask them. But I’ll make the obvious observation that if that were to lead to more of an investment behind HotelTonight and, including in our auction, that would be a good thing for us.”

A Factor That Isn’t Discussed Much

There has been a ton of discussion in the alternative accommodations space about the various models that Airbnb, Booking, HomeAway, TripAdvisor and others use to collect money on alternative accommodations bookings whether the compensation comes from hosts and/or consumers. The so-called “take rates” that companies get are varied in implementation, but arengenerally considered to be roughly similar in amounting to 15 percent to 20 percent of the reservation.

Fogel of Booking said the cost factor is “the more interesting issue” than the take rate issue. That’s because the relative cost is higher in alternative accommodations because the company has to deal with more contacts from vacation home or apartment owners and managers than it has to deal with from hotels, which generally have way more rooms.

“You may expect that because perhaps a little less professionalization on the partner side, customers may have more questions with towels, no towels et cetera,” Fogel said.

Fogel said he hopes to eventually be able to reduce those costs through Artificial Intelligence.

“And that’s by coming up — using our AI to provide a messaging platform, using natural language processing, for customers and partners to be able to get instant or very fast responses without having to have a human being having to deal with it to lower that costs,” he said. “Clearly, we see technology as a way, over time, to make these costs become more equal between hotels and homes.”

The lodging space is clearly evolving and seeing a lot of convergence, which Airbnb’s acquisition of HotelTonight clearly punctuates.