Destinations, Asia
Sponsored
This content was created by SkiftX in collaboration with Japan National Tourism Organization. To learn more about partnering with Skift, email skiftx@skift.com. 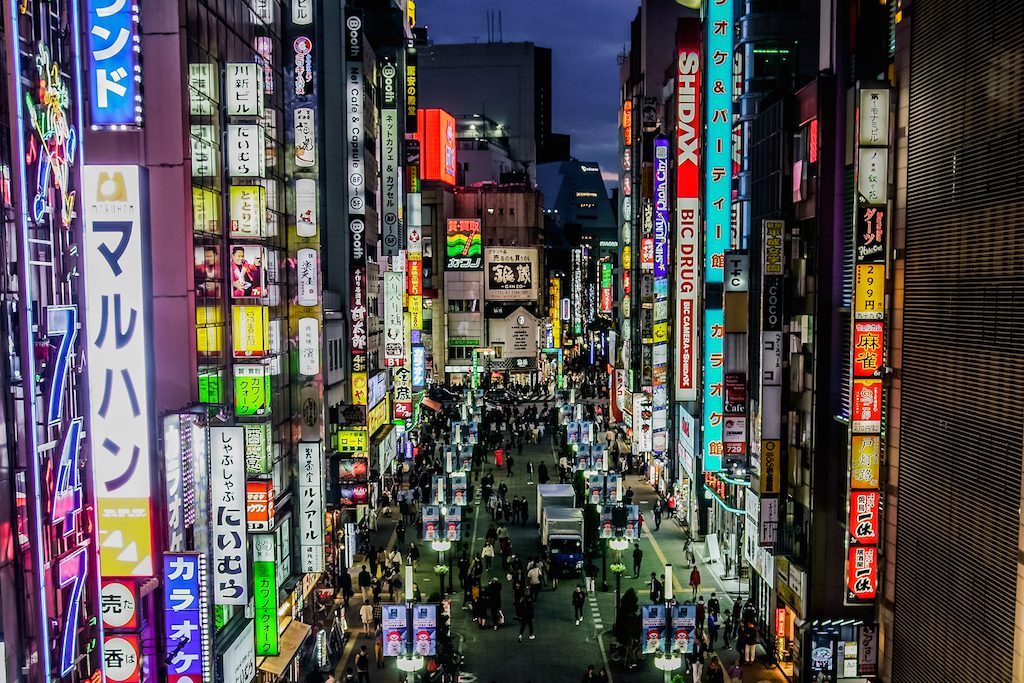 Skift Take
Japan has grand ambitions to bring more than 40 million visitors to the country by 2020, and 60 million by 2030. But the country isn’t just dreaming big, it’s acting big too. Thanks to a concerted country-wide push by tourism officials and local business leaders to transform the Japanese tourism economy, the country seems on track to achieve this vision.
— Japan National Tourism Organization

Are you a travel agent in the New York City area? Learn more about Japan’s evolving tourism strategy by signing up for their upcoming NYC event on March 11th, 2019.

There are few destinations thinking about the potential of tourism as ambitiously as Japan, a country of just 126 million that has set an official goal to attract 40 million inbound visitors by 2020 and 60 million by 2030. Since 2016, when Prime Minister Shinzo Abe announced bold plans to make inbound tourism a keystone of Japan’s future growth and regional revitalization, public and private organizations throughout the country have been working to make this vision a reality.

So far the plan is paying off. According to statistics from the Japan National Tourism Organization (JNTO), which handles the promotion of tourism abroad, the country received a record 31.2 million inbound tourism arrivals in 2018, an increase of 8.7 percent from 2017. Now, thanks to upcoming international events like Rugby World Cup 2019 (coming to 12 venues countrywide) and the 2020 Summer Olympic and Paralympic Games in Tokyo, Japan seems to be on its way to achieving this goal.

But even as Japan’s ambitions for tourism continue to grow, there’s an increasing recognition of the challenges that must be addressed to make this vision a reality. “40 million is not easy to achieve,” acknowledged Mamoru Kobori, executive vice president of JNTO. Some solutions are more obvious, including increased investment in digital marketing and more focus on tourist-friendly amenities. Among the projects already in the works are a rollout of free Wi-Fi service in many of the country’s rail stations and bullet trains, more accessible taxi apps, and the countrywide deployment of new multi foreign-language signage, smartphone guide apps, and maps in key tourist hotspots.

Still, these improvements on their own are not enough. In fact, today, Japan is working to address a growing imbalance of visitors between Japan’s most-popular sights and its lesser-known destinations. Many foreign visitors still spend the majority of their time and money in Tokyo, Kyoto, and Osaka, with a minimal tourist traffic reaching lesser-known regions that sorely need these visitors. This imbalance can also contribute to quality of life issues for citizens in popular locations. “We need to strike the right balance between the benefits of tourism and the issues it can cause for local residents,” said Jun Takashina, vice commissioner of the Japan Tourism Agency (JTA), which oversees government tourism policies in the country.

How then will Japan achieve its bold visitor goals? And more importantly, how will the country design a more sustainable visitor strategy that embraces Japan’s well-known and lesser known regions alike, evenly distributing the tourism’s economic benefits country-wide?

As Japanese government officials now believe, traditional visitor promotion efforts like hosting big-name events is just one piece of a multi-faceted tourism strategy to achieve success. “Everybody believes the so-called ‘Olympic legacy’ will enable Japan to develop and grow further as a popular destination,” said Kobori. “But the Olympic and Paralympic Games also create their own problems as millions of people come to the Tokyo area…we need to carefully plan our promotion activities so that [lesser-known] areas like Hokkaido or Kyushu, for example, can be easily accessed.”

In fact, the fastest-growing tourism issue is Japan’s tourism imbalance between popular destinations and lesser-known cities and regions. Consider 2017 JNTO statistics on country-wide visitation habits to understand the disparity. Of the more than 28 million visitors who came to Japan in 2017, the Kanto Region (home of Tokyo) saw more than 27 million visitors, while the Kinki Region (home of Kyoto and Osaka) welcomed 17 million. Meanwhile, the country’s lesser-known Shikoku and Tohoku Regions received just 690,000 and 966,000 visits, respectively, during the same period.

The challenge of this imbalance is twofold. For more popular destinations like Tokyo, Kyoto, and Osaka, it can create quality of life headaches for local officials and residents, who increasingly contend with problems like overcrowded public transportation services, wall-to-wall crowds at tourist sites, and excessive demand for a limited supply of accommodations. But the imbalance is also an opportunity. Both JNTO and JTA are now developing new strategies to encourage “visitor dispersal.” This emerging tourism discipline focuses on developing new tourism regulations, infrastructure, and promotional activities which will entice inbound visitors to include lesser-known destinations and regions in their trip itineraries.

Another goal to help mitigate this destination imbalance is encouraging more visits from tourists located so-called “long-haul” markets such as Australia, North America, and Europe. According to JNTO, 85 percent of inbound visitors in 2017 originated from nearby countries in the Asia region, while only slightly more than 11 percent of Japan’s inbound traffic arrived from the combined areas of the US, Canada, Australia, and the top six countries in Europe. Japanese tourism officials know that visitors from these regions tend to spend more on average during their visits, and stay longer in the country (more than half of US leisure travelers in 2017 stayed between 7 and 13 days), suggesting they will be an increasingly attractive target in the future.

Building a Sustainable Vision for the Future of Japanese Tourism

There’s no question that Japan faces a complicated path on its journey to reach 40 million visitors. But based on growing evidence, the public and private tourism sectors are already working to create a new vision, transforming how they promote Japan to the world and how visitors will experience the country once they arrive.

On the promotional side, JNTO is working to change perceptions of Japan by means of a combined market research and advertising campaign targeting long-haul visitors. The first stage involved consumer research to identify seven visitor “passions” around the themes of cuisine, tradition, nature, city, relaxation, art, and the outdoors. “For the first time, we completed an extensive survey in these markets to understand why they don’t come to Japan, even though they like traveling,” explained JNTO’s Kobori. “We found there are seven major targets, or sectors of markets, which need to be further developed with specific promotions.”

In February 2018, JNTO launched a new multi-lingual marketing campaign based on this research targeting long-haul travelers, called “Enjoy my Japan.” The campaign capitalizes on these seven passions and also encourages long-haul visitors to explore beyond the country’s most popular attractions.

As Kobori believes, many of the experiences featured in “Enjoy my Japan,” like the country’s national parks and beaches, are not well known among this audience. “We wanted to let people know more about different aspects of Japan as a travel destination,” he said. “Many people who have a ‘one-sided’ image of Japan only know about our metropolitan areas. They may not realize Japan can offer attractions related to nature…we have 34 government-registered national parks.”

Japan’s transformation of its tourism strategy doesn’t stop there. Another facet of the country’s plan was the launch of the Private Lodging Business Act in June 2018, which aims to better facilitate and manage the growth of private lodging services (called “minpaku”) such as Airbnb throughout the country. The new law aims to expand the availability of private lodging where travelers can stay safely, particularly in rural areas where the current supply of hotel inventory is scarce, and previously “idle” assets like vacant houses can be redeveloped to host visitors. It will also help regulate private lodging operators, ensuring they follow local regulations and respond to concerns from Japanese residents. “[Private lodging] can cause problems, so that’s why we introduced a new system with better structure to control it,” explained JTA’s Takashina.

To help further alleviate the growing visitor crunch, Japanese officials are also forming private sector partnerships to help boost hotel capacity, particularly in underserved destinations. A new Ritz Carlton development in Nikko, a UNESCO World Heritage Site, and new Hilton properties in Hiroshima and Nagasaki near the cities’ convention facilities, are just a few examples. In addition, a variety of independent and luxury chains have announced openings in the country. “In the next couple of years, we’ll have two or three dozen new hotel properties in the luxury category opening, not only in Tokyo but in other local areas,” said Kobori. These new properties should help stimulate new demand in lesser-known regions of the country.

Yet another change involves encouraging collaboration and providing support for local and regional tourism boards. Until a few years ago, marketing and tourism activity was handled individually by each region or city. But that’s now changing as Japan’s regional destinations band together to cooperate more closely on promotion and share tourism strategies, helped in part by the formation of a world-level destination marketing organization (DMO) by JTA in 2015. As of July 2018, there were 86 DMOs and 122 candidate DMOs in Japan that were officially registered by Japan Tourism Agency.

Tourism leaders at JNTO recognize the need to empower more local tourism leaders to innovate, collaborate, and develop a tailored strategy that works for their own region. “We have to invest,” said Kobori. “It may take some time for each local community to get ready to adapt to this new age of digital marketing, but many people are already aware of the need to change.”

Japan has made a significant bet that tourism can ensure the country’s economy continues to thrive in the years ahead. However, making good on this promise will require a massive country-wide push to transform nearly all sectors of the tourism industry, from the government, to its regional tourism boards, to the private businesses that serve foreign visitors — not an easy task.

But with the help of plenty of innovative new tourism ideas, coupled with a commitment to do the hard work necessary to transform the tourism economy, the country seems to be on the path to make its revolutionary tourism goals a success.