Airbnb Talked to HotelTonight About an Acquisition But Would It Make Sense? 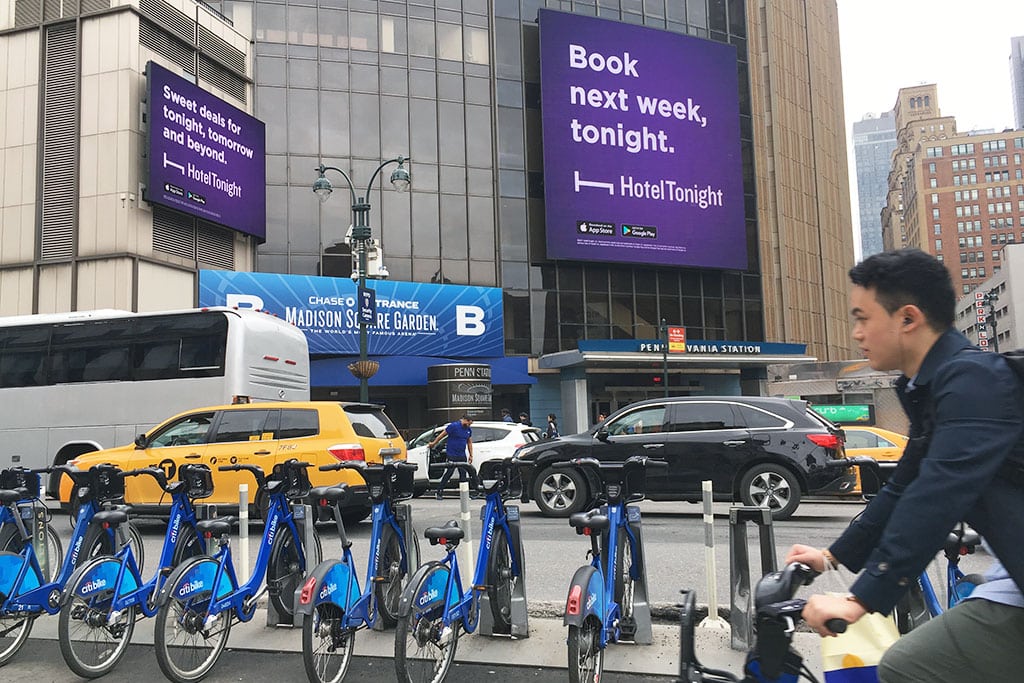 Is Airbnb flailing at a way to build an expansion narrative ahead of an initial public offering? Buying HotelTonight would save some time and effort in making inroads with boutique hotels, but does Airbnb really need HotelTonight to do that? In travel, everyone is always talking to everyone so we're unsure how serious these informal talks ever were.

Airbnb conducted informal talks with HotelTonight as it onboards hotels and seeks to create more of a growth narrative ahead of an eventual initial public offering.

The Wall Street Journal disclosed news of the talks, but said they have “gone cold.”

HotelTonight co-founder and CEO Sam Shank reacted to the report with a statement: “We have heard rumors like this since our inception and we don’t comment on them but I can provide you with an update on HotelTonight.

“2018 was a great year for Hotel Tonight — we were profitable and saw room night growth and revenue growth at multiples of our OTA (online travel agency) competitors. We also added over 50,000 hotels to our expanded booking window, launched a desktop presence, and an industry-first ephemeral deal called the Daily Drop. We continue to focus on working with the best boutique, independent inventory and 90% of our revenue comes from boutique hotels and independent properties.”

Kayak co-founder and CEO Steve Hafner was not surprised that Airbnb had kicked the tires of HotelTonight.

“Everyone in this space has poked around at HotelTonight,” Hafner said. “Why should Airbnb be any exception? The appeal is obvious: millennial brand, mobile-first, nice toe in the water for traditional hotel accommodations.”

Uber and Lyft have already confidentially filed to execute IPOs this year; Airbnb has said it would be ready to go public in 2019, but hasn’t publicly issued a statement on whether it actually plans to do so.

“Acquiring the closely held site would give Airbnb a way to show investors more growth potential and demonstrate it can branch out beyond its core short-term, home-rental business ahead of a share listing the company has said could come this year or next,” The Wall Street Journal wrote.

In a way, adding HotelTonight to Airbnb’s portfolio would fit in with Airbnb’s drive to add hotels to round out its alternative accommodations offering. But last-minute hotel bookings, which is the mainstay of HotelTonight, doesn’t necessarily fit in with Airbnb’s core use case — people booking vacations. Although that is changing, as well, as Airbnb ups its offerings for business travelers.

In statistic released this week, Airbnb it said it notched a 152 percent increase in hotel-like rooms on its site. These rooms are in properties that “hosts categorized as boutique hotels, bed and breakfasts, and other hospitality venues like hostels and resorts,” Airbnb said.

Buying its way into a new sector may have more merit than Airbnb building the product on its own. For example, Airbnb debuted tours and activities, called Airbnb Experiences, a couple of years ago, and has reportedly lost a ton of money on the effort.

Airbnb in the past hinted about expanding into new categories — without just focusing on accommodations. It teased about launching some sort of flight solution, whether it be for flight bookings, flight metasearch, or even getting into the charter business, but this appears to have been put on the back burner.

Airbnb co-founder Brian Chesky seems to have had a falling out with the company’s former chief financial officer on strategic questions as to whether Airbnb should build or buy to guide its expansion as it faces challenges to its alternative accommodations’ efforts in numerous big cities. The former CFO, Laurence Tosi, reportedly favored expansion through acquisitions while Chesky tended to favor building from scratch.

Indeed, the Wall Street Journal reported that Airbnb has been mulling building its own HotelTonight-like product. Launched in 2010, HotelTonight initially focused solely on same-day bookings of discounted hotels through an app, but has expanded with an elongated booking window and is now available on desktop, as well.

Eight-year-old HotelTonight has been considering its exit options. There has been talk about a potential IPO, but if it the company is now indeed profitable, it could remain an independent, privately held business for a while if its investors have patience.

In HotelTonight’s latest funding round of $131 million in March 2017, according to the Wall Street Journal, it had a valuation of $463 million. Over the last couple of years, HotelTonight has executed a round of layoffs as it sought to get profitable.

“The rumor of Airbnb looking to acquire HotelTonight either signals a meaningful shift to offer traditional hotels, or acquire the IT behind the HotelTonight platform,” said Dan Wasiolek, senior equity analyst at Morningstar Research Services.

Wasiolek quoted a report that Morningstar wrote about Airbnb: “We believe Airbnb’s communal culture limits its hotel opportunity to the smaller unique boutique hotel universe, although this still provides incremental growth with hotels reaching a high-single digit percentage of company total bookings in 2022.”

Adding traditional hotels in a big way is a growth opportunity, according to Morningstar’s Wasiolek, but there would be execution risks and fears that the Airbnb “communal culture” could be a casualty.

If Airbnb moves toward including traditional hotels on its platform, it would open a larger market growth opportunity, but would present risk to the communal culture the company and platform has built, according to Morningstar’s Wasiolek.  Executing such a transition would be challenging, he said.

Wasiolek noted that HotelTonight has had its troubles “in the recent past,” so perhaps Airbnb could acquire HotelTonight’s technology at a discount, and relaunch its product.

There are some cultural synergies between Airbnb and HotelTonight that could potentially be in play. Both companies are very good at design and mobile offerings.