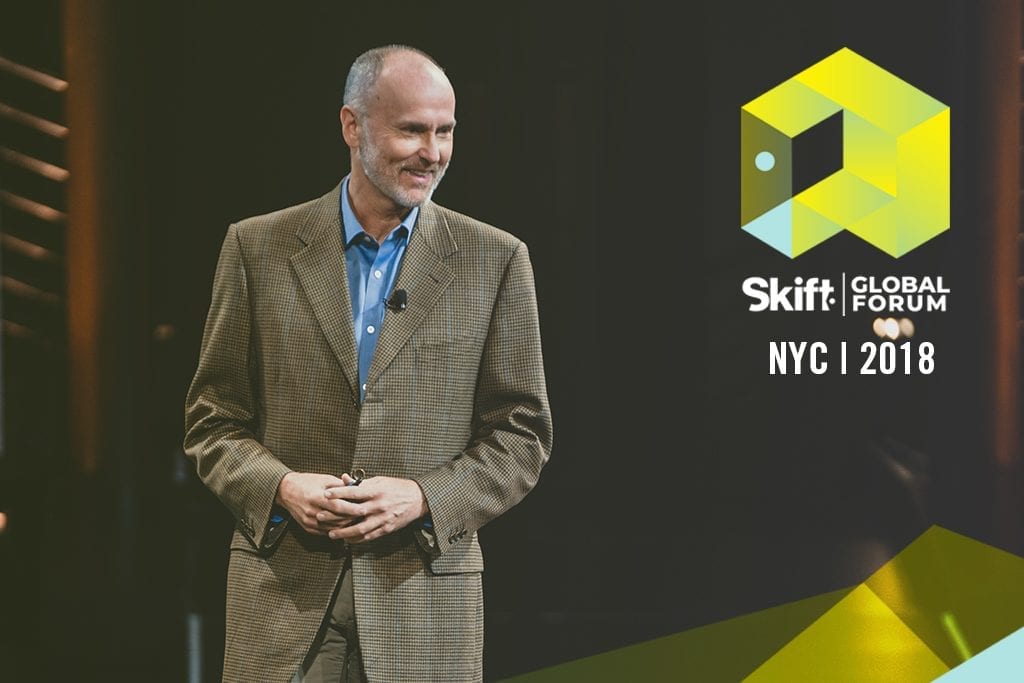 Chip Conley mixes some self-promotion into his predictions, but these insights from a longtime hospitality insider warrant attention.

Chip Conley was ahead of the curve when he founded the boutique hotel company Joie de Vivre in 1987, when he was just 26.

But the next big disruption in hospitality was more of a surprise, he said last month at Skift Global Forum.

“To be honest with you, I was an idiot, I did not see the homesharing wave coming,” said Conley, who is strategic advisor for hospitality and leadership at Airbnb.

Speaking with the benefit of hindsight, Conley said there’s a line to draw from boutique hotels to homesharing.

“Boutique hotels created a more adventurous traveler,” said Conley, who joined Airbnb more than five years ago as global head of hospitality and strategy. “People were willing to actually try something for the experience. They wanted to say …  ‘I want to have that live- like-a-local kind of experience,’ which is what a boutique hotel, if it’s doing its job well, can do.”

Conley stressed that he was speaking as himself — and not on behalf of Airbnb — during his talk. Using his experience with two major waves of disruption, he sought to lay out what might be next.

He singled out Sonder, Lyric, and The Guild as examples of new types of accommodations that he described as “almost like Joie de Vivre meets Airbnb.”

“These are players who are actually in essence creating boutique hotels but with sort of a homesharing kind of flavor,” he said.

He said “digital nomad” travel is another trend, where millennials especially are rejecting the typical stages of life in favor of greater exploration during their working years.

“People of a younger perspective are more outwardly mobile than they are upwardly mobile,” Conley said. “What that means is they’re more interested in going and seeing the world than climbing the corporate ladder.”

When it comes to older travelers, he said medical tourism is a fast-growing opportunity for travel companies to seize.

And on a personal note, he discussed the opportunity for transformational travel in midlife.

Conley founded the Modern Elder Academy in Mexico, which opened in January with the goal of helping attendees “ramp up resiliency and adaptability,” according to its website. Programs build on his recent book, “Wisdom @ Work: The Making of a Modern Elder.”

“As I wrote the book, I talked to so many people in midlife who were completely bewildered by the fact that power is moving 10 years younger in our society and yet we’re all going to live 10 years longer,” he said. “So there’s a 20-year irrelevancy gap that’s been created in midlife. And yet there’s nothing out there that says how do you repurpose yourself in midlife.”