Boutique hotel operator Leading Hotels of the World just overhauled its loyalty program to work on a more modern, points-based system — and along the way, it increased its annual fee from $150 to $175.

The new system, which Skift Senior Hospitality Editor Deanna Ting covered in depth last week, allows Leaders Club members to earn one point per dollar spent in the program. In return, members can spend points on free hotel rooms and enjoy typical perks like day-of upgrades and free Wi-Fi. Those who spend $5,000 with the program each year earn Sterling status, which effectively yields extra points and upgrades.

That system and its rewards, of course, sound like every other hotel loyalty program on the planet — albeit with an annual fee. But the fee is intentional. Leading Hotels sees its program as more of a members club than an everyday loyalty program, perhaps like joining a country club versus earning free gas station points. And by setting a $175 barrier to entry, membership ends up being only for the true enthusiasts.

That pay-to-play model may not be the greatest fit for all of the mainstream travel operators like Marriott and Hilton, but for a boutique operation like Leading Hotels, which only has about 400 properties in its portfolio, it’s the calculated price of privilege. And without thousands of elites clamoring for space upgrades every night (see Marriott), many may find that the $175 investment could pay off in some very nice upgrades. 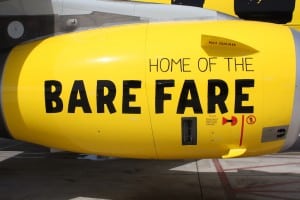 Discount Airlines Take Frequent Flyer Programs More Seriously After Initial Snub: Not long after a private equity firm acquired Frontier Airlines in late 2013 and changed its model to prioritize low costs and low fares, the carrier gutted its elite frequent flyer program, removing perks from many of the airline’s most loyal flyers. But much has changed since then.

Marriott CEO to Unhappy Loyalty Members: ‘Hang With Us’: Marriott CEO Arne Sorenson knows that not everyone is thrilled with the merged Marriott-Starwood loyalty program. But at Skift Global Forum, he made the case for why they should be — and said he hopes they’ll come around.

Hyatt to Open First Hotel in Ethiopia as Visitors From Africa and China Increase: Hyatt Hotels Corp. plans to open its first hotel in Ethiopia by the end of the year as it seeks to double its African portfolio to tap growing visits by both African and Chinese travelers.

U.S. Regional Airlines Are Doing Just Fine for On-Time Performance: Some regional carriers are doing better keeping their flights on time than industry behemoths such as American Airlines Group Inc. and Southwest Airlines Co., according to a first peek at new data compiled by federal regulators.

UK Government Admits Possibility of Flight Disruption if No Brexit Deal Reached: The UK warned that flights may be grounded if the European Union doesn’t grant reciprocal approvals to its planes and airlines in the case of a no-deal Brexit — a scenario it maintains remains unlikely, despite a recent setback in negotiations.

Lufthansa’s Outrageous 89 Percent Increase in Fuel Surcharges: In the past week or so, it looks like Lufthansa has raised its fuel surcharges on flights leaving the U.S. by nearly 90 percent.