TripAdvisor Hints at Its Growing Interest in Vacation Package Search TripAdvisor offers a tiny number of flight-and-hotel deals bundled together. There are signs it wants to display more travel packages. But the product won't be the next big thing for the company.

TripAdvisor has long offered price-comparison for hotels and flights separately. But the online travel search giant has been showing an increasing interest in offering flight-and-hotel packages as a product in more markets.

In a series of job ads, the company has mentioned that it has a plan to “expand the user experience with vacation packages.” The telltale language has appeared in ads for engineering positions that the company has posted between April and this month for its Needham, Massachusetts headquarters and an Ottawa, Canada, office.

Some of the ads have included the phrase “travel packages” to the boilerplate description of the company as “the world’s leading travel site for reviews and advice on hotels, resorts, flights, vacation rentals, travel packages, and more.” The word packages hadn’t been part of that descriptive language before on other company materials. A high-level executive familiar with the company’s engineering experiments told Skift that TripAdvisor has been testing since last autumn how it might expand its vacation package search — which is typically more complicated given the mix of suppliers and prices that must be displayed.

When asked about its ambition in travel packages, a TripAdvisor spokesperson said: “We have been incorporating vacation offerings on TripAdvisor over the last few years, so that isn’t new. It’s part of the comprehensive set of options we want to offer travelers to help them plan and book the perfect trip.”

“We work with various partners, and it’s not a huge offering,” the spokesperson said. “We think there is an opportunity for us to continue to offer more, but there is nothing to share at this time beyond our current offering.”

TripAdvisor has never before had a tab on its homepage or in its app for packaged vacations — for reasons that are unclear, given the size of the opportunity.

It would make logical sense for the company to want to crack the package holiday market that may amount to $71 billion in gross bookings worldwide in 2018 — an estimated 9 percent jump from 2017.

To be sure, TripAdvisor has enabled third-parties, such as tour operators and online travel agencies like Expedia, to advertise flight-plus-hotel packages for specific destinations that attract a lot of interest in package holidays. For example, teh British desktop browser version of TripAdvisor offers packages for the popular resort destination of Ibiza, Spain.

TripAdvisor has also dipped its toe into flight-plus-hotel package sales by interspersing a handful of packages in its flight search results in some circumstances. These have often been third-party vacation packages sold by online travel agency Expedia.

The company takes different approaches. In TripAdvisor’s mobile app, users reviewing flight searches have been invited to click a link to visit Expedia to see what a packaged price might include. On the desktop version of TripAdvisor, users sometimes see an Expedia package listed among the flight-only results promoting the per-person price of the package — even when the price is higher than the adjacent flight-only deals the site has fetched. Other major metasearch, or price-comparison, players have attempted to sell packages.

A case in point is Kayak, and its acquisition Sidestep. They were among the early experimenters. In 2012, Kayak launched package metasearch in Europe. In 2014, it expanded it to the U.S.

Momondo, a brand Kayak acquired last year, continues to offer packages, too. It sources deals from multiple vendors and agencies.

Yet not every company has hopped on the trend. A spokesperson for Ctrip-owned Skyscanner said, “Vacation packages are not currently a focus for Skyscanner.” 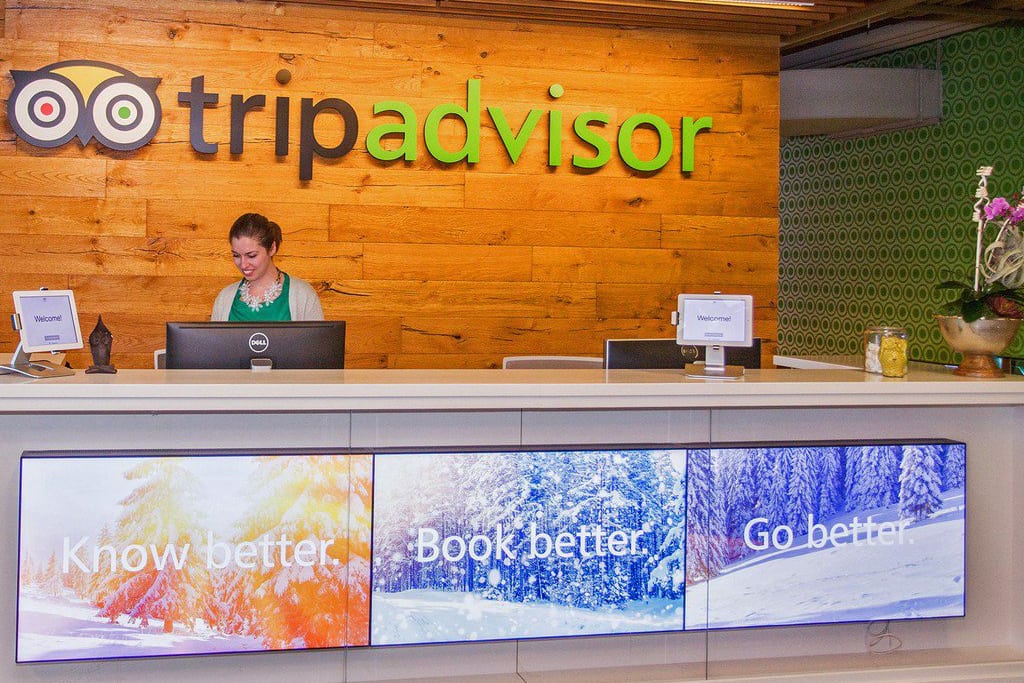 TripAdvisor Not Doing the Packaging Itself

TripAdvisor, Kayak, and other companies may hit regulatory hiccups in their efforts to sell package travel, at least in Europe.

A European Union directive on package travel that was implemented this year has tightened the rules for selling multi-component travel bookings. “More and more of these sales are either being considered a package or a linked travel arrangement,” said Farina Azam, a partner and head of commercial at Travlaw, a British law firm.

Instant, or facilitated, bookings — where customers remain on the metasearch website to enter their payment details and complete their transaction — may be problematic under the new regulations, which might consider the metasearch site as legally being the “package organizer” if it sells travel components at one total price.

Azam believed that even if TripAdvisor or a similar company is acting as an agent on behalf of travel suppliers or other agents, it might still be considered the package organizer and incur some regulatory burdens as if it were a full travel agency.

If that interpretation proves correct, it would be an irritation to online travel players like TripAdvisor and Kayak. It remains unclear whether any company could legally also offer an instant booking for packages in cooperation with an online travel agency acting as the organizer. But the instant booking format is more effective at wooing consumers into completing a booking because of the smoothness of the process, especially on mobile devices.

Kayak does not offer instant booking for packages. A spokesperson said the company “only advertises these packages, which are offered by online travel agencies or other parties acting as the tour operator (the “organizer” as the EU Package Travel Directive calls it). Kayak does not bundle the components and does not become an organizer.”

TripAdvisor would likely also want to avoid the same potential issues. The company’s terms and conditions insist that it “is not a booking agent or tour operator.”

Although TripAdvisor is accredited as a passenger agent to sell air travel in the U.S., it does not offer instant, or facilitated, booking for flights.

The conventional wisdom is that vacation packages — which are more complicated to create than selling simply a flight or a hotel — become less popular among suppliers during periods of strong economic growth, as the U.S. and Europe are now experiencing. Traditionally suppliers haven’t seen a need to offer significant discounts to retail pricing during boom times.

But that theory may not be true in practice. Real wage growth has been stagnant for some segments of consumers. Many shoppers continue to seek bargains. The popularity of Secret Escapes, a flash-sales site for luxury vacation deals that raised a $111 million Series D round of investment last year highlights the trend. So TripAdvisor might see traction if it expanded its package product.

TripAdvisor has already been enabling users to rate tour operators that offer vacation packages and has been awarding certificates of excellence to ones that are popular, such as a 2018 award for Egypt Tours Portal.

Unlike competitors, TripAdvisor could have an edge in the marketing of packages online because it has one of the most, if not the most, user-generated reviews of hotels and flights. It could use the reviews and ratings to persuade consumers to book.

Photo credit: Shown here is an example of a vacation rental package via Expedia displayed on TripAdvisor, which may start listing vacation packages soon. TripAdvisor